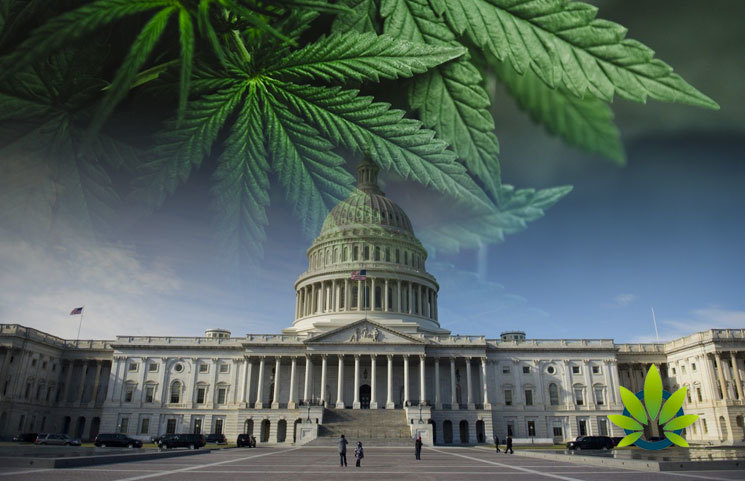 The federal prohibition has not stopped states from creating their own laws around the legal status of cannabis. There have already been 33 states to implement laws that allow for the use of medical marijuana, and they want to keep it that way. According to reports from Marijuana Moment, the attorney generals from 21 states have sent letters to Congress, stating that they are in support of a bipartisan bill that would protect the states’ programs from having interference from the federal government.

This bill is being led by Washington, DC Attorney General Karl Racine, in collaboration with law enforcement officials in Nevada and New York. In the letter, the group states that the approval of the Strengthening the Tenth Amendment Through Entrusting States (STATES) Act would allow financial services to be accessible to cannabis business. These services are not yet available to cannabis businesses, due to the classification of cannabis. By allowing companies to access these services, the risks of operating cash-only businesses would be minimized.

By passing the STATES Act, the entire industry would seen the “regulatory uncertainty that hangs over legitimate businesses operating in most states in the union and in several territories” drift away. In doing so, the industry would no longer have to heavily rely on cash, and it would increase clarity in the industry, while reducing the risk of theft and allowing the states to have the power to determine their own policies.

Forcing these businesses to operate only in cash leaves communities vulnerable to violence and crime.

In a press release, Racine noted that the fact that cannabis businesses only have access to cash as an accepted form of payment leaves them open to both violence and crime. He added:

“Our bipartisan coalition is urging Congress to pass the STATES Act because it would allow those in the legal cannabis industry to access the U.S. banking system, provide long-overdue transparency and accountability, and deter criminal activity like robbery and money laundering.”

Banking services aren’t the only goal of the STATES Act. Overall, the bill is primarily about creating broader protections for states, allowing them to navigate the legal landscape independently of federal interference or reprisal.

Banking services are more of a priority in a separate piece of legislation being implemented called the Secure and Fair Enforcement (SAFE) Banking Act, which would allow banks to work with marijuana companies. A total of 38 attorneys general, including Racine, wrote in favor of the bill in May, and the vote that will determine its approval or denial is scheduled for Wednesday. The new letter states:

“Ultimately, legislation like the proposed STATES Act recognizes the reality on the ground: across the country, state governments, America’s ‘laboratories of democracy,’ have been working toward those cannabis policies that work best for them. Against this backdrop, the [Controlled Substance Act’s] outdated restrictions imperil states’ rights, and in the process, impose serious regulatory and public safety consequences.”

Marijuana Legislation Will Be Discussed with Governors of New York, Connecticut, and New Jersey

How Can the Public Help with Cannabis Reform and End the Federal Cannabis Prohibition?