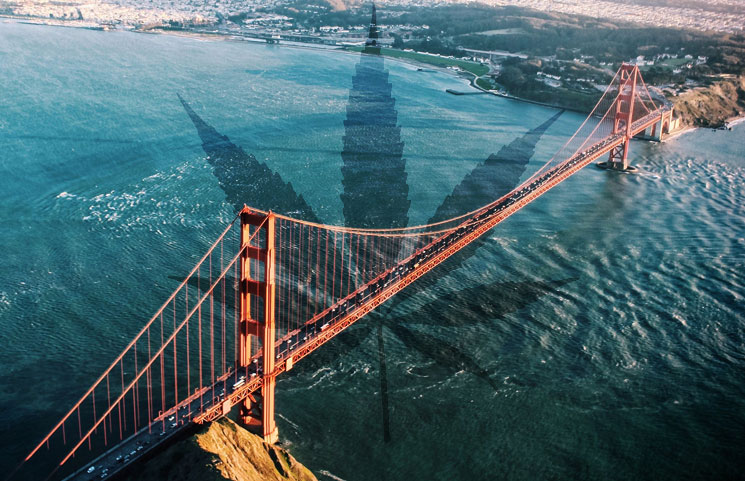 California has been one of the states to maintain a friendly relationship with marijuana (though recreational use was only recently legalized) for quite some time. As CBD became legal for use across the country, there is still broad debate over what it can be used in. A new bill in front of the legislature could make it possible for CBD to be included in both foods and dietary supplements. However, there are many supporters of this bill that are fearful of the impact that the pandemic could have on the ability to get this bill approved.

Already on hold since last year, the new bill (AB-228) has already gained the support of a group of hemp farmers, processors, and manufacturers that are collectively called the US Hemp Roundtable. The group has been corresponding with Rand Martin, who points out the path that California has taken more of the federal government’s direction in legalizing its use. Other states, however, have been focusing on their own plans for marketing CBD based remedies.

Officials in California have primarily stated that the Food and Drug Administration should determine food safety law, according to Martin. Currently, CBD it's considered to be you unlawful to use as an ingredient in any other formula, due to the fact that was used to create a prescription-only drug called Epidiolex. Epidiolex was approved already by the FDA as a treatment for certain types of childhood epilepsy to stop seizures.

The California Department of Public Health published their own advisory, stating that CBD and hemp extracts are not allowed in dietary supplements, beverages, and foods. As a result, the majority of the market focuses on using topical formulas for the public to buy. Martin remarked,

“We have been working since last year with Gov. Gavin Newsom's office to get that advisory overturned.”

While it seemed like this path was the most likely way of achieving success, the spread of COVID-19 has put it at a standstill that could impact the long term legality. Martin added,

“The pandemic got in the way of everything and slow things down. But we had no choice but to try to move forward. We are within 28 days of the end of the session and if we don't get the law passed by the end of August, it won't happen until next year.”

The requirements set forth by this bill state that the sale of any edible product or supplement with hemp or CBD would have to only include extracts that follow the federal definition for industrial hemp. Industrial hemp currently is required to have less than 0.3% THC buy dry weight to be considered legal.

The document also states that cross contamination between cannabis and hemp would not be allowed, though this requirement would realistically only pertain to manufacturing facilities that process both. in order to prove that the manufacturer would be following the correct protocols, drawings of the facility’s layout and design would need to be included to show the way that the material is moved and separated.

To sell any of these products, the bill added that accredited third-party testing labs would be vetting them, rather than the producers themselves.

CBD Sales Would Benefit the Economy

One of the big reason so many people are supporting this bill is due to the way that it could benefit the local economy, which is an even bigger advantage with the damage that the economy has already sustained with the pandemic. Martin explained,

“California is facing its worst economy since the Great Depression. The state just announced it is forecasting another $8.7 billion budget deficit. That is on top of the $54 billion deficit that was built into the budget they passed in June.”

Martin continued that he is “guardedly optimistic” in the successful passing of the bill, considering the tax revenue that it could bring to both the industry and to the jobless.

A Federal Solution May Be Needed

The US Hemp Roundtable is already Intertwined with the California bill, according to general counsel Jonathan Miller. However, the group is also focused on the ongoing pressure towards the federal government to establish regulatory measures that the entire country can work with.

Though the group started as just a small collection of Kentucky-based hemp farmers, it has evolved into a much larger organization with many companies counted in its membership. The hope for this round table, as Miller states, is to make the regulations more harmonious throughout the United States. He said,

“What's happening on the state level has created a patchwork and has made it difficult for farmers and producers trying to sell across state lines. Having a federal regulatory program would solve that.”

While there are some indications that the FDA is making progress, Miller hopes that the framework would include protections for the individuals already involved in this industry during the wait. more specifically, Miller expressed that the round table wants “some formal enforcement discretion” While the FDA works on regulations.