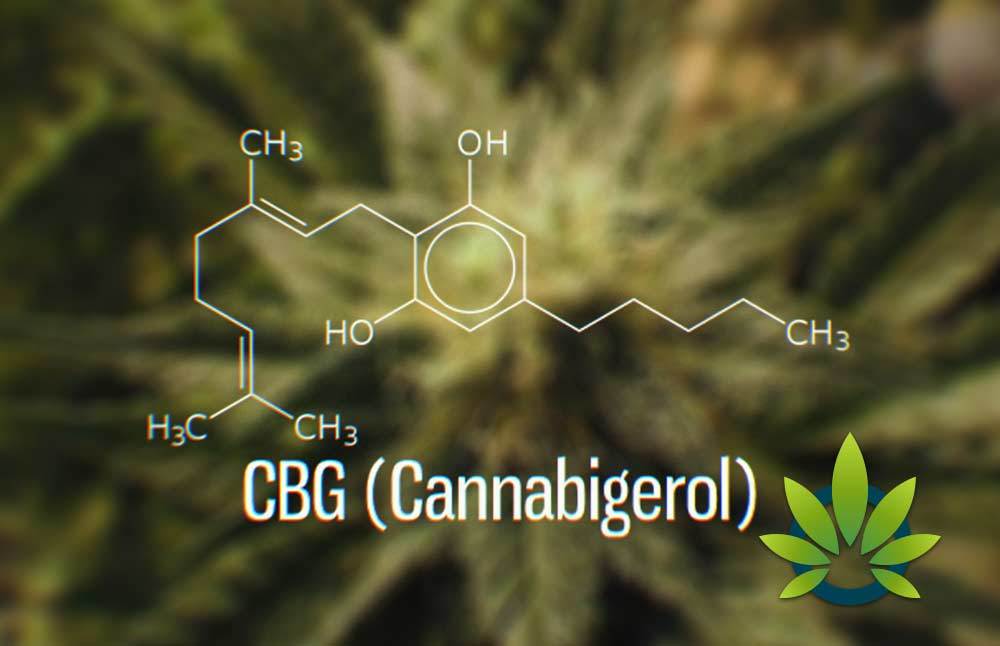 Did you know cannabinol (CBD) is just one of 113 different types of cannabinoids that exist in the cannabis plant? CBD has often been praised for its numerous health benefits including its ability to promote brain, muscle, joints, bones, skin and immune health to name the least. However, it is not the only major class of cannabinoids to exist.

The aim of this piece is to educate readers on what CBG is, and its various facets. The overall goal is to show that CBD isn’t the only cannabinoid to contain health benefits and when combined with others, one’s health can truly be advanced.

As previously mentioned, CBG is a type of cannabinoid that is found in the cannabis plant. Like CBD, it contains very minimal, if not, insignificant quantities of tetrahydrocannabinol (THC), a mind-altering component famous within marijuana. In particular, users can expect CBG to house as little as 0.1 to 1% of THC.

According to existing research, the major cannabinoid classes, i.e. THC, CBD and CBC, are all derived from CBG – as the latter is considered the “parent” in many literatures. How so? This is where the notion of acidic vs non-acidic cannabinoids comes into play. All cannabinoids start off as an acid, and once heat is applied to them, they become non-acidic. For instance, when heat is applied to cannabidiolic acid (CBDA), we end up with CBD.

Hence, CBG was first CBGA, which is the combination of geranyl pyrophosphate and olivetolic acid. Once enzymes are introduced to CBGA, the end result becomes none other than THCA, CBDA and CBCA, which then undergo a heating process to rid their acidic properties.

How Does CBG Work?

The main reason why cannabinoids are believed to have a positive effect on certain animals and humans is because both bodies contain the endocannabinoid system (ECS). The ECS contains CB1 and CB2 receptors (i.e. related to the brain and immune system respectively), endocannabinoids (eCB) and enzymes. As per the claims made, eCBs are produced within the bodies and are said to interact with the two receptors to attain a sense of balance.

There are two main types of eCBs that interact with the aforementioned receptors, which include anandamide (AEA) and 2-arachidonoylglycerol (2-AG). The former focuses more on binding with CB1 and reflects excitatory or inhibitory effects within neurotransmitters (i.e. cognitive and mood health), whereas the latter combines with both receptors to offer immune related benefits.

What Are CBG’s Potential Health Benefits?

It has been revealed that CBG has a wide range of health benefits. In particular, some of the benefits of using CBG include relieving pain, decaying bacteria growth, decreasing the frequency and intensity of epilepsies, gradually ridding the body of inflammation, promoting restful sleep, promoting bone and neuron health, increasing appetite and bettering one’s mood to name the least.

As shared by Marijuana Break, a 2013 study by Borrelli F et al. looked at the effects of CBG on inflammatory bowel disease and have since concluded that CBG does in fact reduce inflammation and also has the potential to relieve colitis. This however was tested on mice and further research is said to be needed to support the human system.

In many instances CBG has been viewed as an antioxidant and a 2015 study by Valdeolivas S et al. found that CBG has the potential to better one’s cognitive function and motor abilities. Finally, a 2016 study by Brierley DI et al. looked at mice’s response to CBG and it turns out those that were given CBG exhibited an increased appetite to those that were given a placebo. Interestingly, the number of meals supposedly went up, however, the amount consumed per remained unchanged.

How Does CBG Differ/Coincide With CBD?

While both CBG and CBD both have classes of their own, when comparing the two, the former is considered a minor cannabinoid compared to the latter. In addition, CBD is said to be the most active compound within the cannabis plant compared to CBG. Despite being a minor cannabinoid, CBD wouldn’t exist if it weren’t for CBG. As for their similarities, both exhibit very little traces of THC and contain interconnected health benefits. For instance, both contain pain relief properties, and in often cases are believed to work better when combined.

It should be evident by now that more emphasis needs to be placed on other cannabinoids and not just at CBD. CBG plays a major role when it comes to existence of some cannabinoids along with the different anti-inflammatory, brain and cognitive health-enhancing and pain-relief properties it contains. It’s no wonder full spectrum solutions are preferred considering the unique properties each cannabinoid houses and the strength produced when all are combined. All this being said, there’s still room for learning within this field, as the number of existing studies that serve as evidence for the proclaimed benefits are mostly restricted to mice.