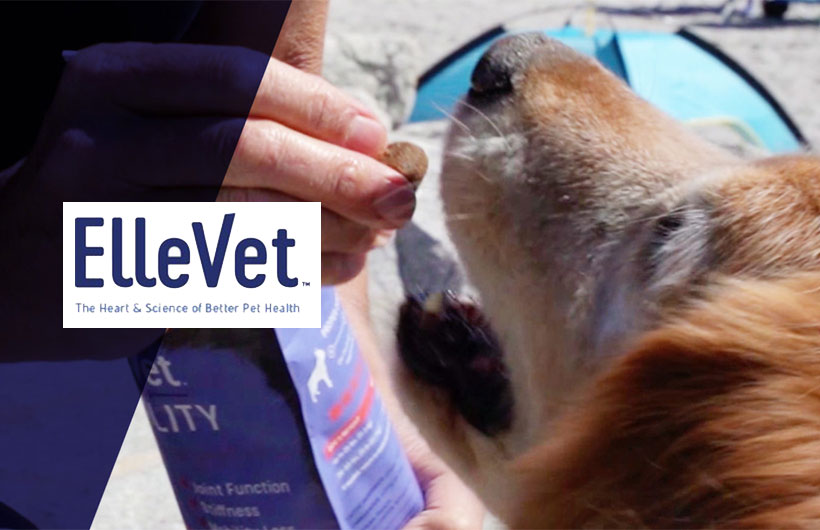 ElleVet Sciences’ recently announced the results of its revolutionary study that investigated the efficiency of its CBD+CBDA oils on dogs with Atopic Dermatitis. The paper, expected to be published in 2021, confirmed that most of the dogs registered in the study experienced a reduction in skin itchiness.

CBD has widely been used to address atopic dermatitis, but very few studies were conducted before ElleVet’s study.

This study was led by Dr. Andrew Rosenberg, an iconic doctor from the Dermatology Center of New York. Along with his research team, Dr. Andrew conducted a placebo blinded clinical trial, which involved giving dogs ElleVet oil or a Placebo sesame oil in an equal sesame oil base. The research confirmed that dogs that took ElleVet oil experienced a higher reduction in itchiness scores than those given the placebo. There were no side effects experienced, and most dog owners said they would be glad to continue with the treatment if allowed.

Dr. Joe Wakshlag, the Chief Medical Officer in ElleVet and a Renowned Cornell University College of Veterinary Medicine professor, praised the positive responses. He sees the CBD+CBDA oils as a super regime that’s effective and safe for treating dogs with atopic dermatitis.

Christian says the results came out better than expected, and it gives them joy because it is a significant breakthrough that promises to heal dogs suffering from this condition. The dosing used in the study was uniquely made for dogs with atopic dermatitis.

ElleVet also became the first company to conduct clinical trials with its products on dogs suffering from osteoarthritis. Overseen by Dr. Cornell and Wakshlag, the study proved ElleVet’s CBD+CBDA products as the only products that passed a clinical trial. The company has over ten clinical testing trials that are expected to be released in 2021.

ElleVet Sciences is a Portland, Marine-based science-centered pet CBD+CBDA company with a track record of being the first-ever and the only company with conducted clinical trials using its own terpene cannabinoid oil blends. The company came into existence in 2017, when Amanda Howland and Christian Kjaer partnered to explore the power of innovation and research on CBD for pets. EllVet states,

“We maintain professional quality control standards, and have a COA available for every batch and is always available upon request.”