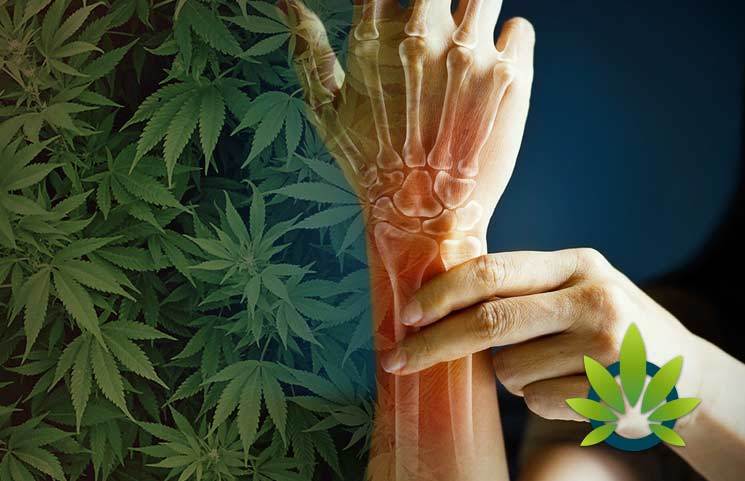 There is no doubt about that marijuana is proving to play a vital role as a safer and effective medicine for a wide variety of illnesses. As research continues, more and more people are discovering that marijuana, especially the component of CBD found within the hemp plant is helping with more than just eating disorders, anxiety, or stress. CBD also offers relief for those with sleeping disorders and is being studied and tested as a means to manage pain.

More and more people are looking for answers and trying to find alternative methods of dealing with their health issues. Time and again, CBD and medical marijuana keep popping up. The fact that marijuana has been around since the beginning of time, and has from the very beginning been used to help with health issues, it is high time this world takes notice. Marijuana is more than just a recreational drug. By being able to extract the CBD component from the hemp plant, more people are finding relief without the “high.”

Many of the groundbreaking advancements with CBD have come from the small nation of Israel. With more than 50 years of research, they are leading the charge to find out just how much of the cannabis plant we can use for medicinal purposes.

Studies are showing how CBD is a safer alternative and more effective treatment and prevention for osteoporosis than what is currently available. Their research has shown promising results as they continue to study the effects of CBD on bone fractures and the healing properties of cannabis.

So how does CBD help with pain management? And how can it help with bone health?

For the longest time, researchers and scientists wondered why certain drugs affected some, while others had no issues. The answers were found in a study that took place nearly a decade ago that lead to the discovery of the cannabinoid receptor system within the body. Granted these receptors are also located in other animals, they are most dominant in the human body. There are two main receptors, that are studied, CB1 and CB2 and affect the body in the most dramatic way.

CB1 can be found in several areas of the body, but especially in the neurons of the brain and in the peripheral nervous system within the spine. Other areas include the spleen, heart, endocrine glands, urinary track, reproductive system, and leukocytes that are located on the spleen and tonsils.

CB2 is found predominantly in bone-forming cells and bone resorbing cells. It has also been shown that the CB2 receptors play a vital role for the regulation of the bones metabolism. Physiologically, there has to be a balance between the bone-forming cells and the resorbing cells in order to obtain optimal health and balance. However, as we age, this balance becomes dysfunctional which leads to osteoporosis and bone density loss.

The CB2 agonists, which includes cannabidiol, modulates the CB2 receptors while allowing the body to remain in balance without the psychotropic effects that is associated with a cannabis plant.

The main difference between CB1 and CB2 is that CB1 has the ability to cause effects that are similar to the components found in cannabis. These effects generally pertain to the psyche and the circulation while the CB2 receptors do not mimic or generate effects that cannabis does. With the discovery of the skeletal cannabinoid system, scientists and doctors are tapping into how CBD can help bone health.

Osteoporosis or “brittle bone disease” happens to be a very common condition that affects millions of people around the globe. It is a degenerative bone disorder characterized by the decrease in the bone density which causes the loss of bone tissue. When a bone loses its density, it becomes weak and is susceptible to fractures and breaks.

The International Osteoporosis Foundation reported that nearly 8.9 million fractures happen every year. The statistics shows that a fracture happens once every three seconds. The report also states how 1 in 3 women over 50 will experience some form of osteoporotic fracture and 1 out five men over the age of 50 will be in the hospital for the same reason. The sad truth is, nearly 34 million people are at risk for developing osteoporosis and with the growing population, that number will increase in the next five to ten years.

But osteoporosis is preventable and doesn't have to affect so many people in the coming years. A calcium-rich diet will help to greatly prevent those reaching their golden years from having any sort of break or fracture. However, many people have already reached this age, and are realizing that they need a way to prevent future breaks. Many turn to doctors, but the medication they are given comes with a long list of dangerous side effects.

Right now, the only drugs available are bisphosphonate, which has shown to treat and prevent osteoporosis by reducing the activity of bone-dissolving cells but are riddled with side effects. The side effects of these drugs range from abnormal heartbeat, esophageal inflammation, possible jaw bone damage, and nausea. However, even if someone takes these drugs, they still run the gauntlet of developing brittle bones.

The risks don’t seem to be worth the prevention. Given the side effects associated with these drugs that promise to prevent and treat osteoporosis, many people are looking for healthier and safer alternatives. It may come as a surprise to many, but nature has already given us all we need.

It is important to know that osteoporosis fractures can occur in almost any part of the body. The more common places are the wrists, hips, spine, and ribs. These fractures can happen with the simplest of accidents from bumping into countertops to falling down. Normal, healthy bones are composed of calcium and collagen. As we get older, the bones tend to get less of the nutrients they need to remain strong. That is when the bones begin to break down and osteoporosis sets in.

Bone cells have both the CB1 and CB2 receptors along with GPR55 receptor. GPR55 receptor is a G-protein-coupled receptor 55 that was first discovered in the brain in 1999. It is considered a novel cannabinoid receptor that, like its cousins, CB1 and CB2 is found throughout the body. Studies that have been conducted have shown that these receptors are connected with the development of osteoporosis. However, tests done on mice have shown that by blocking these receptors, especially GPR55, bone mass increases while bone resorption is suppressed. The study concluded by saying how blocking the GPR55 with the compound CBD could in fact help patients with osteoporosis.

In another study, doctors have discovered that the suppression of the cannabinoid receptor that regulates the bones metabolism by using CBD promotes bone health and maintenance. With all the research coming out, it is becoming clear that CBD helps to treat different forms of pain and show promising evidence to prevent osteoporosis.

While the studies being conducted on osteoporosis are looking positive, there are other studies that show remarkable evidence that CBD can help with a wide range of other illnesses and diseases.

Recent research shows that CBG or cannabigerol is one of the 120 identified cannabinoids components found in the cannabis plant, along with THC and CBD speeds up bone healing, slows down bone degeneration, and prevents other diseases. CBD has shown amazing results in patients dealing with arthritis and other forms of pain.

Some developments have shown CBD reduces inflammation in joints, swelling, and even helps reduce migraines. When it comes to anxiety, CBD calms the patient and helps control emotional imbalances.

However, due to the strict laws surrounding cannabis, human studies are limited. Yet, many people dealing with illnesses and pain, are looking for healthier ways to manage without the serious side effects that modern medicine seems to have. So the question is raised, does CBD have any side effects?

CBD: The Positive Side

The fact that CBD is a healthier alternative to prescription drugs, many people wonder if there are any side effects associated with CBD. Truth is, CBD is non-toxic and is a natural chemical that is found in both nature and the human body.

Believe it or not, the compound in CBD is a far more potent antioxidant than vitamin C and E. It also is anti-inflammatory and has been proven to as an effective treatment for cancer cells in vitro. CBD has also proven therapeutic for patients with various psychiatric problems and disorders like dementia or schizophrenia.

Over the centuries that cannabis has been used throughout the world, there have been no known cases associated with death. Doctors and researchers have concluded that this natural medicine is the least dangerous substance when compared side by side with alcohol and nicotine. However, the THC compound in the cannabis plant has been linked to the agitating mental conditions. But this is only in some people and is not the norm.

All in all, CBD is regarded as safe. The affects it has on the body is minor. A report published in the Current Drug and Safety claim that using CBD does not alter heart rate, body temperature, blood pressure, psychological and psychomotor functions. Nor does it affect gastrointestinal transit or food intake.

CBD is non-habit forming. Meaning you can't become addicted to the substance. This is great news for those who are using opioids to manage pain as CBD can help them if they have developed an addiction.

CBD: The Negative Side

While most would state that cannabis is safe to use, there are a few studies that contradict this claim. Some studies stated that cannabis actually increases the risk of osteoporosis. However, due to more recent trails, doctors have proven this statement untrue. It is important to state though, users often find themselves dealing with a condition known as “Dry Mouth.”

Dry Mouth is caused because there are cannabinoid receptors that exist in the salivary glands. When CBD is introduced, it blocks the saliva receptors which decrease saliva secretion. A simple glass of water or juice remedies this issue.

Despite the fact that the population continues to grow old, not everyone has to be diagnosed with osteoporosis. Proper health care, a balanced diet, and exercise can help you greatly reduce your chances of getting this bone disease.

While there are still some people on the fence about using CBD, studies that are coming out show there is no significant risk. And while osteoporosis, as well as arthritis, cannot be undone, CBD is proving a safe alternative to conventional prescription medicines.

The early studies that have been done show beyond a shadow of a doubt that CBD has the potential to not only help treat those with brittle bones but can prevent them altogether. Unfortunately, due to legal restrictions, CBD is restricted to certain states. If you or a loved one is looking into a healthier alternative to treating osteoporosis, it will be wise to check your current state laws.

Perhaps someday soon though, the legalization of marijuana and CBD will pass and give more people the option to treat their ailments with a healthier alternative. But until that day comes, doctors and researchers are limited to what they can and cannot study. Right now many tests are being done on lab rats and not on human patients. With the legalization of cannabis, human studies will be done to prove that cannabis can be used for a plethora of treatments and may just become the super drug we are looking for to battling other illnesses like cancer.