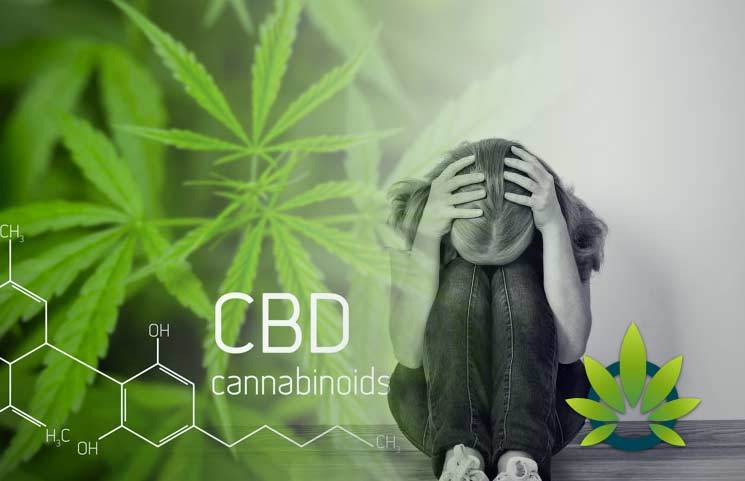 Cannabidiol (CBD) is a compound that is heavily found in the hemp plant – a plant housed within the cannabis sativa plant. It is one of over 100 types of cannabinoids to exist but has been preferred because it is dominantly present (approximately 40%). As the numbers of patients with mental health disorders continues to increase over time, one has to stop to wonder what is truly effective. Are therapy sessions not as helpful as they are deemed to be? Should we stay far away from prescription drugs and retort to plant-based solutions?

An interesting post shared by CBD Testers’ writer, Alexandra Hicks, explores the effectiveness of CBD on treating unique mental health disorders. Each of the arguments made have been in reference to studies that have since concluded CBD as being effective.

Some of the different mental health disorders that will be discussed here include Anxiety, Psychosis, Post Traumatic Stress Disorder (PSTD), and Depression.

Web MD defines anxiety as a category of its own. In particular, it has been trusted as a category of mental illnesses that prevent people from taking part in day-to-day activities while feeling some form of personal, and emotional discomfort. For the most part, anxiety is expressed when an individual finds him or herself excessively thinking and creating scenarios of potential events in their heads. Many see it as an “unrealistic [form of] worry”. Most types of anxiety come in the form of panic disorder, phobias and social anxiety disorder.

A 2011 study by Crippa JA et al. looked at the administration of CBD in easing generalized social anxiety disorder. A sample size of 10 “treatment-naiive patients” were selected in which social anxiety disorder was assessed using neuroimaging. The subjects were either given a placebo or 400mg of CBD. It turns out that those who are given the CBD saw decreased anxiety levels.

Another study was also mentioned by Hicks, which looked at the treatment effects of CBD on the hippocampus. A more recent study of the two, Beale C et al. (2018) considered 18 regular consumers of CBD to take part in a 10-week trial where 200mg of CBD was administered. The team found that CBD did not have a negative impact on the brain, especially when used over a long period of time. Said result led them to believe that CBD can be effective in treating other disorders as well, including “schizophrenia, Alzheimer’s Disease and major depressive disorder.”

The next mental health disorder that was discussed upon is that of psychosis. According to the Canadian Mental Health Association (CMHA), psychosis is a “serious but treatable medical condition that reflects a disturbance in brain functioning.” A person with psychosis is unable to relate to the real world and can be distinguished by their ways of “thinking, believing, perceiving and/or behaving.”

A 2012 study by Leweke FM et al. involved a double-blind clinical trial of CBD and amisulpride, where the latter has been deemed a “potent antipsychotic”. As for the findings, both have been found as being effective, however, it is CBD that reflected a “markedly superior side-effect profile.” The findings also noted that CBD’s use reflected clinical improvement compared to the latter’s use. Interestingly, CBD helped in deactivating anandamide, an endocannabinoid, which is what the team believes makes its uses antipsychotic.

Again, Hicks referred to a 2018 study by McGuire et al, which found that CBD was beneficial for patients with schizophrenia. This was also a double-blind 6-week trial; however, this time, the sample size was larger (i.e. 88) – which was then separated into two groups, one was given 1000mg of CBD while the other was given a placebo.

The American Psychiatric Association (APA) deems depression as a medical illness that negatively impacts one’s emotions and behavior. At large, it has been associated with feeling sad and/or down and having very little interest in many aspects of life. Given that CBD has been praised for alleviating the symptoms associated with various mental health disorders, it is ideal to retort to potential studies that conclude the same.

Interestingly, a 2018 study explored the effects of CBD in both male and female rats experiencing depression. Shbiro L et al. administered 30mg/kg of CBD to the rats and found that its uses decreased immobility when both genders were placed to swim. The team argued that the use of CBD can be effective for those who are feeling a sense of helplessness.

PTSD is when an individual is negatively impacted by a personal event. This is primarily experienced by many who’ve encountered sexual, physical and verbal abuse as a child or any event that has induced flashbacks, anxiety and uncontainable thoughts. To see whether or not a correlation exists between CBD uses and PTSD, let’s take a quick look at a 2018 study by Elms L et al.

Elms L et al. (2018) administered CBD to 11 adults at an outreach clinic over the course of 8 weeks. As per the claims made, 91% of patients experienced a decrease in PTSD symptoms. Some of the areas that CBD supposedly helped include bringing relief to those who had frequent nightmares because of their PTSD.

While the different studies used seem to confirm that CBD has a positive effect on relieving symptoms associated with a wide range of mental health disorders, one can say that it is still too soon to consider it as a viable solution. This is mainly because of the sample sizes used. The generally accepted sample size, which is believed to be representative of the population is greater than or equal to 30. While some of the studies here did have a relatively large sample size, for the most part, arriving to a conclusion based on 10 or 11 does not suffice. This is not to say that CBD use should be dismissed altogether, but instead should be used cautiously because of the lack of strong conclusions.