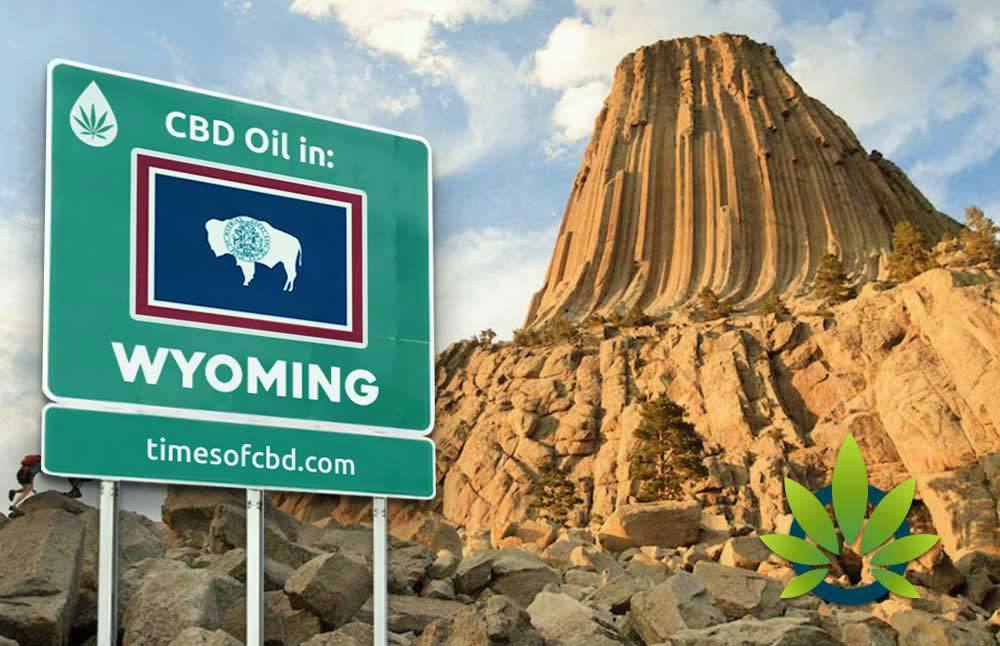 Wyoming law enforcement might be among the hardest on CBD in the entire country. Users of CBD in this state should be particularly cautious, especially when it comes to the transporting of this substance in the state. A number of cases have made Wyoming a reputation for being tough on CBD, but one case stands out as having generated both a clear chilling effect on the industry and a great deal of trepidation within the entire CBD community in Wyoming.

One resident from a different state was hit with a felony charge after police searched and found a small bottle of CBD oil within her possession. This charge was dropped eventually by the deputy prosecutor of the county, but this has not stopped many consumers in the state from exercising extreme caution when it comes to the handling of this dubiously-legal substance while in Wyoming.

Officials have stated on several occasions that the prosecution of CBD users remains a very low priority, but they concede that there remains some substantial risk in the possession of this substance in their state. Though some lawyers continue to argue that the substance has been effectively legalized under the 2014 Farm Bill, Wyoming’s tough stance on CBD is important to note.

This guide is not legitimate legal advice and should not be interpreted as such. Readers alone are responsible for their actions and ensuring that those actions adhere to their local, state, and federal laws.

At the moment, the state has both a medical CBD and an industrial hemp pilot program law on the books. The former was passed via House Bill 32 in 2015, and makes it legal for CBD to be possessed and consumed exclusively by patients suffering from debilitating seizure conditions. Though this law might be expanded in the near future to include a wider range of conditions, it currently remains incredibly restricted.

Additionally, the state has put an industrial hemp pilot program into place. While this might seem to have completely legalized CBD, there exists some legal debate about what this law actually does in regard to the hemp industry. To some lawmakers, this legislation makes it possible for companies to produce industrial hemp but does not necessarily make it legal for consumers to purchase CBD oil. 2018’s controversial CBD court case certainly illustrates the ambiguous nature of this law.

Age Requirements for CBD in Wyoming

Patients with seizure disorders using CBD under House Bill 32 might be able to be under the age of eighteen, but only if their physician has obtained the written permission of the patient’s parent or legal guardian prior to the issuance of the medical CBD prescription. Consumers should consult their state’s lawbook to verify that this is the case.

For non-medical CBD, the age requirement is usually eighteen. In Wyoming, many companies are too afraid of potential prosecution to openly stock CBD. But when the products are available, shops typically ask that purchasers be eighteen or older for CBD products.

Where to Find Wyoming CBD

This question is particularly hard, for the most part, gas stations, head, and smoke shops, and wellness stores are the most likely shops to stock CBD frequently. Users should research online and call local stores to pinpoint potential availability in Wyoming.

Medical CBD can be found from several licensed retailers in the state. Though Wyoming does not have medical dispensaries in the traditional sense, a quick Google search will likely reveal the nearest retailer distributing legal medicinal CBD products.

While the act of physically buying the CBD online might not violate any laws, consumers should keep in mind that Wyoming authorities cited substantial risk in the possession of CBD. It is advised that users in the state of Wyoming be exceedingly cautious when purchasing any CBD, especially until the law is further clarified by authorities and lawmakers in the state.