Red Eyes: Does CBD Cause It or Solve It? 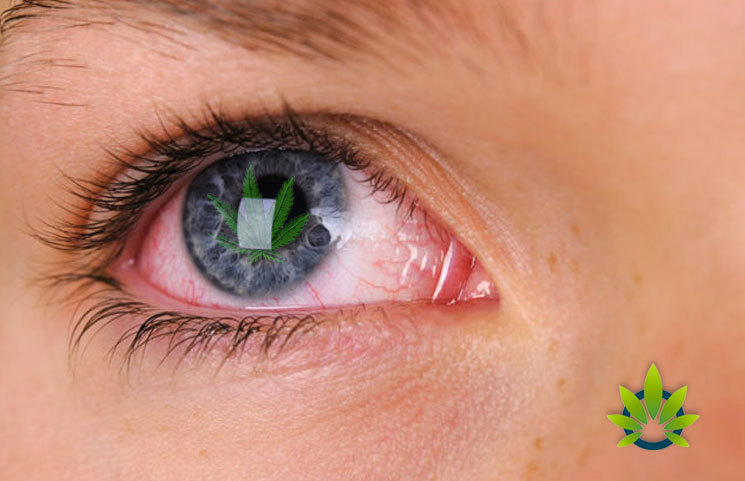 Red eyes are a common symptom of many different conditions, including allergies and irritation. However, it is one of the many symptoms associated with cannabis use, though it can also be a major source of embarrassment and exposure to exactly how someone was spending their time. Still, cannabis offers a variety of benefits that users may not consider to be worth sacrificing.

Cannabis is comprised of many compounds, but the two substances that the public are most familiar with are THC and CBD. THC is associated with intoxication and psycho-active results, which is what gives users the feeling of being “high,” though it can also cause anxiety and paranoia when too much is consumed. THC is also the culprit of red eyes.

It doesn’t take much to create this effect. Look for any strain of marijuana on Leafly or other websites as reference, and red eyes are nearly always in the top five reactions. When a user consumers THC, their blood pressure rises quickly, and then drastically falls. With this drop in blood pressure, the blood vessels and capillaries in the eyes dilate, and the eyes become red and inflamed.

CBD doesn’t impact the user’s cognition, apart from relaxing them. Instead, the use of CBD helps to adjust the way that the receptors bond with molecules. In doing so, neurotransmitters like serotonin can freely flow, helping consumers that struggle with depression. The endocannabinoid system is activated with cannabidiol, and it is responsible for keeping the various aspects of the body balance, like the mood, memory and movement. It runs through the nervous system, and also impacts the immune system.

The legality of THC and CBD differs greatly, as the later was legalize with the 2018 Farm Bill last year. However, THC remains illegal at the federal level, even though many states have taken it upon themselves to create legal programs locally. Most people use CBD as a way to provide a therapeutic effect, but each state is still allowed to decide it they want to permit CBD use in their state.

Overall, CBD doesn’t create redness in the eyes, but using it will not remove the redness that occurs with THC use. Instead, consumers can reduce redness with hydration, rest, eye drops, or possibly a different strain, but the only guaranteed way to avoid red eyes from THC use is to not use THC, opting for CBD for a milder relaxation.