CBD For Pregnancy: A Complete Perspective On Cannabidiol Use For Expecting Moms 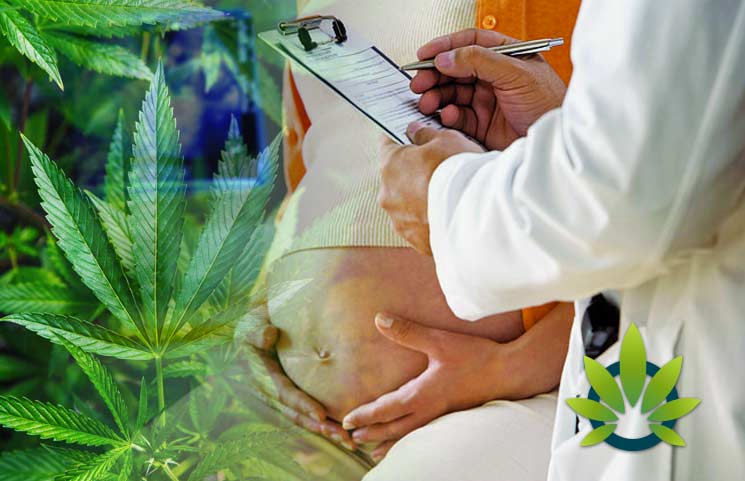 Cannabis has been highlighted for its positive effects on pain, inflammation, and emotional health. What started off as a potential solution for seizures, which sparked interest among different social media platforms, has resulted in a market of its own that brings different cannabinoids-infusions (i.e. oils, tinctures, topicals, etc.). Interestingly, cannabidiol (CBD) has also been deemed effective in easing symptoms related to a woman’s menstrual health and one’s overall sexual health.

This being said, one may assume that the ingestion of CBD would be equally effective in pregnant women. However, this has become a debatable topic, as several leaders within the health and CBD industries seem to hold differing views on this matter. In particular, many have since argued that the positive effects stop at a pregnant woman feeling relief, and the negative consequences will be experienced by the infant when he or she grows up. What side should one lean more towards? Is it really true that a baby will face problems growing up?

In order to fully understand whether or not CBD should be considered by pregnant women, the following guide will explore the different facets of cannabis and its interactions with a pregnant women’s’ system, along with the findings of existing studies.

What Is The Endocannabinoid System (eCS)?

The endocannabinoid system (eCS) is a natural system found within the body that contains cannabinoids of its own. In particular, it houses CB1 and CB2 receptors, enzymes and endocannabinoids such as anandamide (AEA) and 2-arachidonoyl glycerol (2-AG). Stimulatingly, it has been revealed that the eCS changes during every step of a pregnancy, which can either positively or negatively affect said women upon the ingestion of recreational or medicinal cannabis.

The Relationship Between The eCS And Pregnant Systems

According to a 2016 review conducted by Correa F et al., the ingestion of cannabis and its related cannabinoids might, “lead to adverse pregnancy outcomes,” including the possibility of miscarriage, embryo underdevelopment and other unwanted outcomes. The main argument that the team made is that the levels of AEA (i.e. a messenger molecule) along with other aspects of the eCS tend to fluctuate during one’s menstrual cycle, which makes them believe that the eCS is controlled by hormones.

While further studies are required to fully understand the relationship between the eCS and a pregnant system, it has been noted that there are higher levels of CB1 protein in all stages of pregnancy, as early on as the fertilized eggs. This has also been supported by a 2014 study by Gergely F et al., who deem the excessive presence of CB1 protein potentially cause, “abnormal decidualization and impair trophoblast,” which is a problem considering the fact that trophoblasts provide the necessary nutrients an embryo needs to further develop.

According to a 2017 study, the ingestion of cannabis does not act as a teratogen, that is, it does not cause abnormalities resulting in birth defects. Nevertheless, the team argues that fetal exposure is the one to be affected in terms of physical growth and maturation and that over the long run (i.e. puberty), one is said to not be greatly affected. This is definitely in align with other findings that claim possible impairments early on in a child’s life, especially in relation to one’s brain function (i.e. attention, inhibitory control, planning – as shared in the study).

An interesting post shared by the Recovery Village, also looked at the effects of ingesting CBD oil during pregnancy. As per their research, CBD can induce increased levels of AEA, and has been deemed a barrier that prevents the embryo from developing, which was also noted in Correa F et al. (2016) study. However, it was argued that condemning CBD as being harmful for the fetus is not appropriate considering that the closest existing study was conducted on mice, which in some cases have been thought of ill-represented.

In addition to the potential damage CBD uses can cause on a fetus’ brain development, another downfall that has been revealed is that of low birth weight and behavioral disturbances. The study this is in reference to is that of Zuckerman B et al. (1989). Based on the team’s findings, the use of cocaine and marijuana during one’s pregnancy resulted in an underweight baby along with possible long-term concerns in relation to one’s behavior.

A factor that should be assessed is the drugs under consideration. As explained by Schneider M. (2009), comparing the results obtained via marijuana studies cannot justify what one can expect of cannabinoids such as CBD or CBN. The reason for this is that each respective cannabinoid has different chemicals to consider, with some that could potentially induce development effects and others, not so much. Bearing in mind all cannabinoids as equal, to Schneider 2009, seems unreasonable.

Of all the studies that exist to date, many have concluded that most of the effects are felt later on in one’s life, especially in relation to one’s motor behavior. Remarkably, long-lasting effects seem to differ on a gender basis, as most tests using female rats concluded, “locomotor habituation and exploratory behavior in adulthood (Schneider M. 2009).” As for male rats, there were supposedly no effects on their sensory and motor functions at different stages of life.

A contradicting result observed across different studies is that of the potential negative impacts cannabinoids may have on one’s emotional health. Whilst some studies have since concluded that fetus’ exposed to cannabinoids might grow up experiencing high levels of anxiety, an equal number of studies have since dismissed this finding, making it all the more difficult to understand the impacts on pregnant woman.

According to a 2005 study conducted by Antonelli T et al., learning deficits were found during the pre- and perinatal stages of an offspring and throughout one’s teenage times. Another conclusion that the team was able to arrive to is the fact that said children will eventually grow up with a drug-sensitivity – something that has been associated more with male animals than female.

Based on the different studies that were assessed in this review, it should be clear to readers that there are so many factors to consider in this matter. Given that many of the studies contradicted one another, it is hard to accept any of the claims made.

A common pattern exposed across the existing studies is that of brain development problems earlier on in an infant’s life, with most of the effects (i.e. behavior) taking place in one’s later life. However, this may change according to the type of drugs consumed, its frequency, the subjects being tested (animals vs. humans) and as per the claims made, even the sex of the child – which adds to one’s current confusion.

The main problem that should be considered is the chosen sample size of all the mentioned studies, as most CBD-related studies house anywhere between 10 and 80 subjects, which is not sufficient to make inferences about the entire population.

Ultimately, it is too soon to tell whether pregnant women should avoid or use CBD, as CBD-focused studies are limited. Although its uses are believed to alleviate pregnant women’s symptoms, the fact that it may or may not affect the child entering the world is what should make said mothers reconsider their options. Due to such inconclusive results, it would be ideal for pregnant woman to avoid the consumption of cannabinoids until sound evidence has been provided.