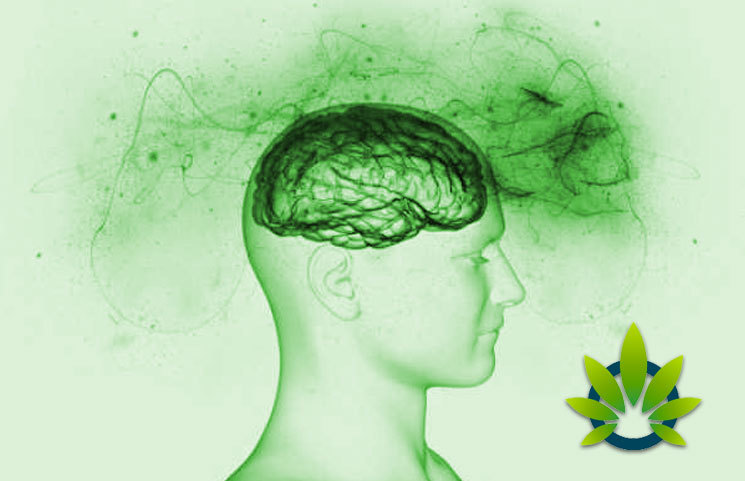 Cannabidiol (CBD) is prized for its purported health benefits. Today, researchers continue to explore the use of CBD as a treatment for ADD and ADHD.

Many people use cannabidiol for its purported anti-anxiety effects. Some claim it helps reduce symptoms of PTSD. Others claim CBD provides relief from symptoms of anxiety. Cannabidiol has also been used to reduce seizures and treat symptoms of epilepsy. A growing amount of research supports these health claims.

CBD, or cannabidiol, is a chemical compound within the cannabis plant. Today, cannabidiol can be found in vapes, oils, and more. You can smoke it, inhale it, take it orally, or even inject it. Some claim CBD has powerful health benefits. Others claim that it’s all just a placebo effect.

Cannabidiol (CBD): Cannabidiol, or CBD, is another chemical within the cannabis plant. Unlike THC, however, CBD has limited psychoactive properties. It does not make you high. It does, however, appear to have some other benefits.

Some claim that taking CBD in the form of an oil, a tincture, or an edible can reduce anxiety, for example. Others use it to treat symptoms of PTSD.

When we say “no published data”, we mean there’s nothing – not a single published study – linking CBD to ADD or ADHD treatment. Even some of CBD’s biggest advocates haven’t advocated using CBD to treat ADD.

Mitch Earleywine, professor of psychology at SUNY-Albany and Advisory Board member of the National Organization for the Reform of Marijuana Laws (NORML) states that there is “no published data, let alone randomized clinical trails, [that] support the use of CBD for ADHD,” as quoted by AdditudeMag.com.

So there are no published studies linking CBD to ADD or ADHD treatment.

However, you don’t have to look far online to find reports of people using cannabis to treat their own ADHD. There are plenty of curious people who have anecdotal evidence of using CBD to treat ADD or ADHD. Certain people have been attracted by the anti-anxiety effects of CBD and have sought to try it as a treatment for ADD and ADHD.

Cannabis Use And ADHD

In 2016, a group of researchers published a quantitative analysis of online forum discussions on cannabis use and ADHD. Researchers analyzed forum posts made in various online communities by individuals claiming to use cannabis to treat ADD and ADHD.

The results of the study were published in PLoS One:

“Attention-deficit/hyperactivity disorder (ADHD) is a risk factor for problematic cannabis use. However, clinical and anecdotal evidence suggest an increasingly popular perception that cannabis is therapeutic for ADHD, including via online resources. Given that the Internet is increasingly utilized as a source of healthcare information and may influence perceptions, we conducted a qualitative analysis of online forum discussions, also referred to as threads, on the effects of cannabis on ADHD to systematically characterize the content patients and caregivers may encounter about ADHD and cannabis.”

Researchers analyzed a total of 268 separate forum threads where users claimed to use marijuana to treat ADD and ADHD symptoms. Researchers then randomly selected 20% of those forum posts. Here’s what those researchers found:

“Twenty-five (25%) percent of individual posts indicated that cannabis is therapeutic for ADHD, as opposed to 8% that it is harmful, 5% that it is both therapeutic and harmful, and 2% that it has no effect on ADHD. This pattern was generally consistent when the year of each post was considered. The greater endorsement of therapeutic versus harmful effects of cannabis did not generalize to mood, other (non-ADHD) psychiatric conditions, or overall domains of daily life. Additional themes emerged (e.g., cannabis being considered sanctioned by healthcare providers).”

In other words, approximately 1 in 4 online commenters reported that cannabis helped treat their ADD and ADHD symptoms.

ADD and ADHD are not fully understood. However, some believe that ADHD is caused – at least partially – by a lack of dopamine in the prefrontal cortex region of the brain.

Dopamine is a crucial neurotransmitter that transmits signals between nerve cells and the brain. Dopamine specifically affects thought processes like memory and attention.

How does this relate to cannabis and CBD? Well, certain compounds in marijuana may increase the production of dopamine in the reward center of your brain. This is what creates the pleasant sensation when some use marijuana and other drugs.

In 2017, researchers analyzed the effects of cannabis at releasing dopamine. The results were published in Nature. Researchers found that tetrahydrocannabinol (THC) was responsible for the pleasure sensation of consuming marijuana: consuming THC is associated with higher short-term levels of dopamine.

So does that mean cannabis is an effective treatment for ADD and ADHD? Not necessarily. Researchers found that consuming cannabis in the short-term can raise dopamine rates. In the long-term, however, cannabis usage can do more harm than good. Marijuana provides short-term relief, better focus, and sedative effects for people with ADHD, although long-term usage can dull the system and make the problem worse.

Furthermore, other studies have disputed the fact that ADHD is linked to dopamine at all. Researchers at Cambridge University published a study in the journal Brain disputing the connection between ADHD and dopamine. Instead, researchers used brain image analysis to indicate that ADHD is related to the structure of grey matter in the brain – not dopamine levels.

Analyzing The Effects Of Cannabis On Children And Adults With ADHD

At least one published study has analyzed the effects of giving cannabinoid medication to children and adults with ADHD. In 2017, researchers published the results of their study in European Neuropsychopharmacology.

Researchers gave a cannabinoid medication to children and adults with ADHD. The results were underwhelming.

First, researchers did not specifically use a cannabidiol (CBD) medication. Instead, they used a cannabinoid medication, which contains general chemical compounds from cannabis – not pure CBD or THC. The medication is called Sativex Oromucosal Spray.

Participants were tested based on their cognitive performance and emotional symptoms. The group that took the cannabinoid spray reported a small decrease in symptoms of ADD and ADHD.

The results of this study also suggested that adults who take cannabinoids for ADHD experience fewer side effects than children.

Despite the small positive correlation between cannabis usage and a reduction in ADHD symptoms, there were other issues with the study. Some participants suffered severe side effects, including muscular seizures and spasms, cardiovascular problems, and other issues.

Nevertheless, by the end of the study, researchers indicated that there could be a positive correlation between consumption of cannabis and a reduction in ADD/ADHD symptoms:

“While not definitive, this study provides preliminary evidence supporting the self-medication theory of cannabis use in ADHD and the need for further studies of the endocannabinoid system in ADHD.”

Cannabis And ADHD In Children

Many parents of children with ADHD are searching for effective treatments. Some may believe that cannabis is the right choice. Some worry about the effects of ADHD medication on their children and are searching for a more “natural” solution.

In reality, most doctors seem to be strongly against using cannabis to treat ADHD in children – even in teenagers and older children.

Here’s how MedicalNewsToday summed up the issue:

“Mounting evidence suggests that the potential side effects from using marijuana are worse in children and that these adverse effects may outweigh any potential benefits. The brain of a child is still developing, and using marijuana may alter normal neurological development, leading to harmful cognitive and other effects.”

In other words, even if there are small short-term benefits of using cannabis to treat ADHD, the long-term side effects outweigh those benefits. Additionally:

“Children and teens that use marijuana may also be more likely to develop dependency. According to the NIDA, those who start using marijuana before they are 18 years old are four to seven times more likely than others to develop a problem with the drug.”

Furthermore, children who start using cannabis at a young age to treat ADD and ADHD are significantly more likely to develop substance abuse problems in the future.

“Marijuana use can also lead people to develop addictions to other, more harmful substances. One 2016 study showed that across a 3-year period, development of alcohol use dependence was more likely among cannabis users than those who were not users.”

Some studies have also indicated that children who use marijuana before their brains are fully developed experience a loss of IQ points, difficulty with learning and memory function, and slower cognitive development than peers who do not consume marijuana.

Researchers in a 2017 study admitted that some doctors prescribe cannabis for ADHD. You can find reports online of people self-treating their ADHD with cannabis:

“Adults with ADHD describe self-medicating with cannabis, with some reporting a preference for cannabis over ADHD medications. A small number of psychiatrists in the US prescribe cannabis medication for ADHD, despite there being no evidence from randomised controlled studies.”

Despite stories of doctors prescribing cannabis to patients with ADHD, and patients self-medicating their ADHD with cannabis, there’s limited scientific evidence backing up the idea that cannabis, CBD, THC, or any other compounds have any effect on ADHD symptoms.

Some believe that cannabis and CBD can be effective treatments for ADHD because cannabis consumption raises dopamine levels. There are two problems with that theory. First, it has not been definitively established that ADHD is linked to dopamine. Second, cannabis use can raise dopamine levels in the short-term but cause dopamine problems in the long-term.