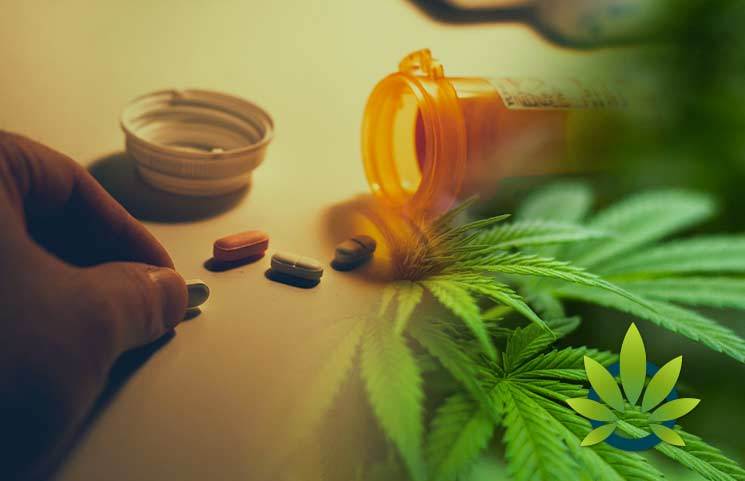 The opiate crisis affects people throughout the country on a daily basis. Though many are trying to determine a solution to the crisis, one doctor suggested an approach that may be out of the ordinary, albeit revolutionary. Dr. Dustin Sulak, the founder of Integ8 Health, which is a network of health clinics specializing in CBD therapeutics, suggests that CBD may be able to address the crisis. On July 26, 2016, he participated in a discussion in which he provided his views on CBD and how it may be able to help.

The Significance of the Opioid Crisis

To put the issue into perspective, Dr. Sulak first discussed how serious the problem is. About 44 people in the United States die per day from prescription opioid overdoses and that numbers rises by just over 30 people when heroin, a non-prescription drug, is involved. Further, about 7,000 people visit the emergency room on a daily basis due to misuse of prescription opioids. There is no indication that the problem is getting better or slowing down.

Though it is easy to blame users of prescription opioid drugs, doctors may be just as much at fault as well.

Doctors are constantly faced with patients who say,

according to Dr. Sulak.

These types of statements make it difficult for medical professionals to deny their patients relief.

Worse yet, not all states provide doctors and patients with other opportunities. For instance, some states do not have medical cannabis laws that would provide other options. Even in states that do have medical cannabis laws, many doctors are wary of recommending cannabis due to ongoing federal prohibition. Cannabis is illegal under federal law and is classified as a Schedule I substance. According to Drugfree.org, “Many doctors are concerned that because marijuana is banned by the federal government, their medical licenses could be at risk if they recommend it. Some hospitals and medical practices are discouraging doctors from discussing medical marijuana with their patients.”

As Dr. Sulak states, the state in which the practices allows him to use CBD as a safe and effective alternative for chronic pain.

The big question that arises here is whether CBD is actually able to help with chronic pain. In a 2015 review from the Annals of Internal Medicine, the review determent, “Evidence is insufficient to determine the effectiveness of long-term opioid therapy for improving chronic pain function.” Though the results do not seem promising, the authors were also able to determine that there is a serious risk of harm when one uses opioids over the long term.

Moreover, another study was conducted by the American Academy of Neurology, in which it determined that CBD may be able to help with chronic neuropathic pain for those who experience multiple sclerosis.

According to Dr. Sulak,

“Using cannabinoids and opioids in combination results in a synergistic reduction of pain. There’s peer-reviewed animal research as well as human data to support this. Dr. Donald Abrams treated 21 patients in a hospital setting who were using opioids for chronic pain in quite high doses, and they received cannabis from the National Institute of Drug Abuse, at 3.56 percent THC.”

CBD as an Option

As Dr. Sulak explains, his health clinical recently surveyed patients. The survey asked whether they had used opioids for over three months, in combination with cannabis, and the results. About half of respondents stated that they had used medical CBD with opioids and eighty percent of that stated that they experienced improved function and better quality of life.

Given that CBD may be a prime solution, Dr. Sulak advocates for medical cannabis as a first line of treatment for opioid addiction, rather than a last resort, if not a resort at all.

“the opioid system is lethal and growing. Prescription opioid abuse is actually worse than heroin abuse; it’s a bigger problem, and it starts in the doctor’s office. Cannabis can replace and reduce opioid use. Adding cannabis makes opioids safer by widening the therapeutic index. Cannabis can prevent opioid tolerance-building and the need for dose escalation. And cannabis can treat the symptoms of opioid withdrawal. Finally, cannabis is safer than the other harm reduction options.”

However, individuals should also be aware that there are not enough studies on cannabis's efficacy and effects for a conclusive determination.