Could Molecule in Cannabis Be Used As An Antibiotic? New Research Says Yes!
Advertisement 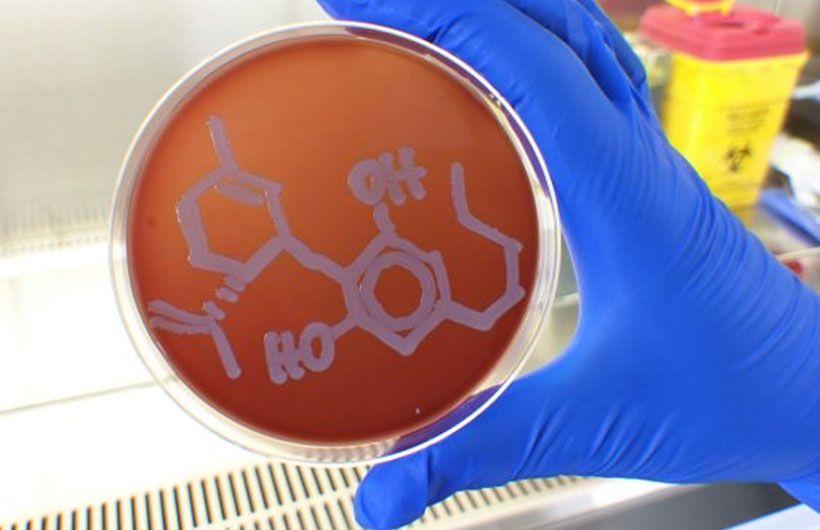 The public is well-versed in the many health benefits that cannabidiol (CBD) can offer the body. In stores and pharmacies alike, the cannabis compound is praised for the way it reduces inflammation and eases pain. New research by The University of Queensland and Botanix Pharmaceuticals Limited suggests the compound can do more. In fact, according to their UQ News publication, CBD can kill off the bacteria that causes multiple conditions, including gonorrhea, meningitis, and legionnaires disease.

This discovery could completely change how consumers deal with bacterial infections, launching a new class of antibiotics. This would be the first time a new class is introduced in the last six decades, revolutionizing the natural solutions for such conditions.

Dr. Mark Blaskovich, an associate professor at the UQ Institute for Molecular Bioscience, pointed out that CBD has the power to eradicate many bacterial strains, including the one that causes gonorrhea. He noted,

“This is the first time CBD has been shown to kill some types of Gram-negative bacteria. These bacteria have an extra outer membrane, an additional line of defense that makes it harder for antibiotics to penetrate.”

Considering that gonorrhea only falls second to chlamydia in the top sexually-transmitted infections in Australia, this progress is substantial. Before this research commenced, doctors struggled to treat gonorrhea because of the resistance that the strain has to antibiotics. However, the defense doesn’t stand up against the use of CBD.

It is no secret that CBD has been used to support immunity and healing, but the study’s findings discovered that other Gram-positive bacteria respond to it. For instance, though MRSA (methicillin-resistant Staphylococcus aureus) has consistently been resistant to antibiotics as well, CBD is fairly effective in neutralizing it. As CBD is introduced to the bacteria, it breaks down the buildup of bacteria known as a biofilm. Biofilm’s activity is fairly similar to that of plaque on teeth, which is why MRSA can withstand treatment so easily.

To understand how the bacteria changed, the research team created a replica of a two-week treatment for a patient in their lab, using CBD to kill it off. Dr. Blaskovich commented,

“Cannabidiol showed a low tendency to cause resistance in bacteria, even when we sped up potential development by increasing concentration of the antibiotic during ‘treatment.”

Based on what they say, the professor surmised,

“We think that cannabidiol kills bacteria by bursting their outer cell membranes, but we don’t know yet exactly how it does that and need to do further research.”

Still, that’s not to say that the researchers stopped there. They also found that a slight change to the molecular structure of this natural compound created chemical analogs. When they used the chemical analogs to treat the bacteria, Dr. Blaskovich stated,

“This is particularly exciting because there have been no new molecular classes of antibiotics for Gram-negative infections discovered and approved since the 1960s, and we can now consider designing new analogs of CBD within improved properties.”

With this research, there’s a major opportunity to continue to find uses for CBD in antibacterial treatments. The spread of the pandemic only highlights this need further. The President and Executive Chairman of Botanix, Vince Ippolito, is optimistic, remarking,

“Congratulations to Dr. Blaskovich and his team for producing this significant body of research—the published data clearly establishes the potential of synthetic cannabinoids as antimicrobials.”

Ippolito also said that they are prepared to create useable treatments for the future with CBD, adding that this discovery is “a breakthrough that the world needs now.” The combination of work between Botanix and the Institute has made much more progress than if Dr. Blaskovich and his team worked without them. Botanix has a specialized focus on creating formulations, helping them better determine how CBD attacks the bacteria.

Furthermore, Botanix can now use CBD in developing a topical formula, which they are using in clinical trials to eliminate MRSA before patients go in for surgery. These trials' results should be seen within the year, making it possible to treat other bacterial infections.

Dr. Blaskovich added, “Now we have established that cannabidiol is effective against these Gram-negative bacteria, we are looking at its mode of action, improving its activity and finding other similar molecules to open up the way for a new class of antibiotics.”