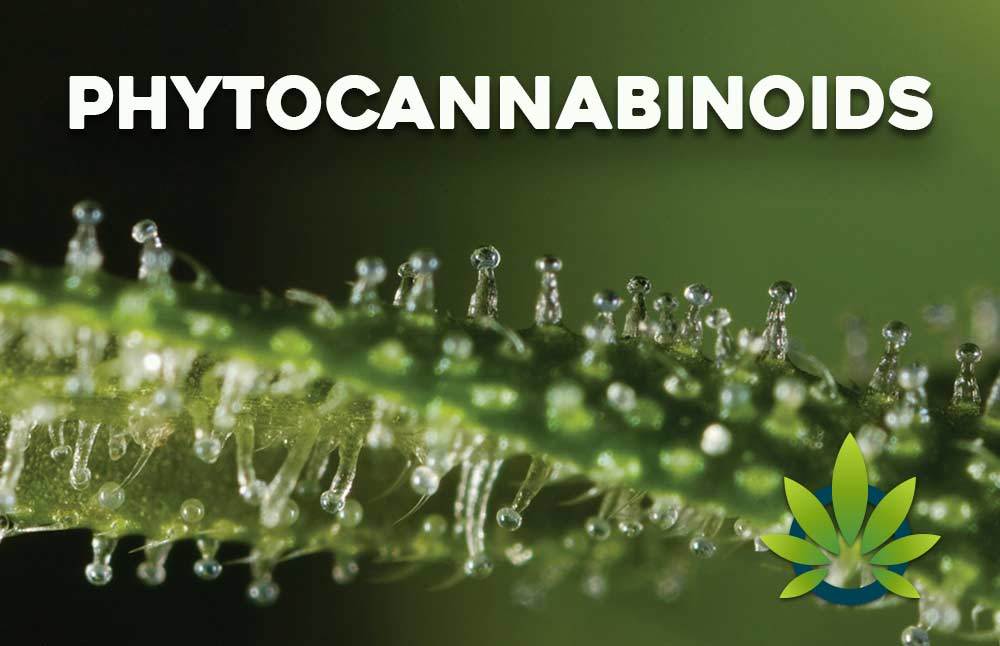 Whether you call it hemp oil, cannabidiol, or CBD, phytocannabinoids go by many names. No matter what you call them, though, there’s a lot of confusion about this naturally-occurring health product. Most notably, many people just don’t have any idea what phytocannabinoids are, what they do, or how to use them properly. If you’re one of them, don’t worry – you’re about to learn everything you know about phytocannabinoids.

Phytocannabinoids And Their Interaction with the Endocannabinoid System

Cannabinoids have been highly spoken of, primarily because of the existence of Cannabinol (CBD), its health benefits and understanding the mind-altering effects of tetrahydrocannabinol (THC). Both types of cannabinoids have made several headlines.

Until recently, word on the positive impacts of other cannabinoids such as Cannabinol (CBN), Cannabigerol (CBG) and Cannabichromene (CBC) was rarely explored. All of the aforementioned cannabinoids are also considered phytocannabinoids because they are all naturally-derived.

Phytocannabinoids are naturally found within the cannabis plant, that is, they are not created or involve human interference. This type, as per Healthy Hemp Oil, differs from endogenous cannabinoids, which are naturally formed in the body through the Endocannabinoid System (ECS) housed within.

In both cases, the notion of natural creation exists, but how do the two come together? The essence of this guide to explore how diverse cannabinoids communicate with the aspects of the ECS, namely its receptors, enzymes and bodily endocannabinoids, to bring the claimed health benefits. Some of the main types of cannabinoids that will be assessed include CBG, CBC, CBN, and Cannabitriol (CBT). Since several coverages on CBD and THC already exist, more on the former four will be analyzed.

Phytocannabinoids are a class of organic compounds that are naturally part of the hemp plant. Used for literal generations in the making of rope and textiles, hemp has dozens of industrial uses and is cultivated around the world for those uses. One of those uses is in phytocannabinoid production.

Cannabinoids, especially phytocannabinoids, play an important role within the body. The human endocannabinoid system, a subset of the nervous system, is designed to bind with cannabinoids in order to help regulate a number of physiological and cognitive functions. Phytocannabinoids derived from hemp, often in the form of hemp oil or CBD, can, therefore, help support better overall health when taken as a regular supplement.

Phytocannabinoids Are Not What You Think They Are

That’s because tetrahydrocannabinol, also known as THC, is a psychoactive ingredient that is only present in cannabis. Meanwhile, the THC content in hemp is practically nonexistent and certainly not enough to have any effects on you whatsoever. This means that products containing phytocannabinoids, especially those derived from industrial hemp, are quite legal no matter where you live – something that cannot be said for cannabis, thanks to different state and federal laws. On top of that, no other phytocannabinoids present in hemp have any negative effects either – and that makes taking supplements based on phytocannabinoids like CBD or hemp oil not only effective but safe as well.

Cannabigerol (CBG) and the ECS

Cannabigerol (CBC) is a non-psychoactive type of cannabinoid that serves as the foundation for CBC, CBD, and THC. As per the claims made, CBG converts itself to the aforementioned types of cannabinoids within two months. On its own, it supposedly only contains trace amounts, which is probably one of the main reasons why CBG is rarely discussed. Unlike CBC, CBG binds to both CB1 and CB2 receptors to contribute towards one’s brain and immune functions.

It also supposedly releases anandamides – a type of neurotransmitter produced in the brain that binds to THC receptors – which has been correlated with happiness and joy as well as enhanced mood, sleep, and appetite.

A 2008 study by Appendino G et al. confirmed that CBG was effective in treating MRSA due to its antibacterial and antifungal properties. Another study found in the British Journal of Pharmacology reported that CBG, “is a potent stimulator of [35S]GTP?S binding to brain membranes,” which supports claims that CBG binds more so to CB1 receptors than CB2. But dosage appears to be the key determining factor.

Despite CBG’s very little presence, its impact is said to be vital, considering its role in producing a wide range of cannabinoids that are widely spoken of in relation to the CBD and THC markets.

Cannabichromene (CBC) and the ECS

Of the six popularly studied cannabinoids in medicine is cannabichromene (CBC). Its origins depend on cannabigerol (CBG), which is also the case for CBD and THC. An interesting result that has come out of the limited studies that exist is the fact that CBC does not interact with the CB1 receptor, which as previously mentioned, is a component that determines one’s brain function.

According to a 2011 study found in the Journal of Analytical Toxicology, CBC’s inability to interact with CB1 was “discovered because it was tested in conjunction with a receptor antagonist rimonabant.” This is also the reason why CBC does not have any mind-altering effects, as it blocks the effects of THC from being felt.

As per the claims made, CBC is most effective in the presence of other receptors, including the vanilloid receptor 1 (TRPV1) and transient potential ankyrin 1 (TRPA1), both of which are known for their pain-related properties. When an interaction takes place between either two and CBC, an endocannabinoid found within the ECS called anandamide gets released.

Other studies have concluded that CBC and THC can work together to bring heighten results. CBC on its own is believed to bring very little effect unless high doses are considered. Unfortunately, further studies on CBC’s potency makes it crucial in understanding its role on its own.

Cannabinol (CBN) and the ECS

Like the aforementioned cannabinoids, cannabinol (CBN) is also a non-psychoactive component that is found in very little amounts in aged cannabis plants. The latter is supported by the fact that THC eventually oxidizes, which in turn converts to CBN. Because of this process, cannabis plants that are either aged or aren’t in the best form are said to contain high traces of CBN.

A study by Cabral GA et al. found that CBN is most effective in bettering the immune system, relieving pain and riding the body of inflammation-related illnesses, hence CBN binds more onto CB2 receptors than CB1. This being said, CBN supposedly has the ability to positively impact brain health as well, primarily taking on the role of promoting restful sleep. Unlike the former two, existing research on CBN is very sparse and still has room for growth.

Cannabitriol (CBT) and the ECS

Compared to the former four, Cannabitriol (CBT) is a recently discovered cannabinoid by a Jamaican researcher. It too comes in small traces, but its health benefits remain unclear given the limited studies present. Based on existing findings, CBT is closely related to THC structure-wise, but whether this implies it is psychoactive cannot be justified. Also, its interaction with the ECS cannot be determined.

Overall, it is clear that the various types of phytocannabinoids can have positive effects on health. While more research is needed to make sound conclusions, focusing simply on CBD and THC is not ideal, as we might miss out on alternative health enhancers. As seen above, cannabinoids interact with the ECS via different receptors to ease different health concerns – with many containing intertwined properties.

The Positive Benefits of Phytocannabinoids

Research into the positive benefits of phytocannabinoids has been ongoing for several decades. The results have been clear, with CBD and hemp oil supplements helping to relieve pain and aid in increasing quality of life. Here are just a few of the well-researched benefits that supplementing your diet with phytocannabinoids may bring:

As a Pain Reliever: Phytocannabinoids have been used for thousands of years as a pain reliever. Research into which of the many cannabinoids in hemp has identified CBD as one of the most effective pain relievers in a number of clinical trials.

Helping With Anxiety and Depression: A number of clinical tests and trials have found that providing supplements derived from phytocannabinoids has helped both adults and children conquer anxiety, insomnia, and post-traumatic stress disorder. Other research has shown that phytocannabinoids may have an anti-depressant effect as well.

Coping with Cancer Treatment: Patients undergoing treatment for cancer have found that the side effects of their chemotherapy and radiation therapy are often lessened with CBD and other phytocannabinoid supplements. The ability of CBD oil to help reduce nausea and vomiting is one example.

Better Skin Health: Many phytocannabinoids are understood to have anti-inflammatory properties. This makes them ideal to help treat skin conditions like acne, which are often made worse from inflammation.

Aiding Overall Brain Health: Because phytocannabinoids have an effect on the human nervous system, there is much interest in how they may help to provide relief for patients suffering from epilepsy, multiple sclerosis, or other illnesses like Alzheimer’s and Parkinson’s diseases.

Drawbacks are Few to None

Phytocannabinoids derived from hemp are generally considered safe by the majority of medical experts around the world. Unlike THC, there are no psychoactive properties, and side effects are extremely rare. In fact, clinical studies have found that the most common side effects are fatigue, changes in appetite, and diarrhea.

That being said, it’s important to talk to your doctor before beginning any new supplement. This includes any supplements containing phytocannabinoids.

The growing popularity of phytocannabinoids means that hemp or CBD oil supplements are likely here to stay. These supplements are completely legal no matter where you live, are generally considered safe, and may be highly effective in helping to improve a number of health concerns. Knowing more about what phytocannabinoids are, where they come from, and the many benefits they may have makes it easier than ever to decide if taking a phytocannabinoid supplement is for you.

“Anandamide: Putting The Bliss Molecule To Work For Your Brain.”

Rahn, Bailey. “What Is CBN and What Are the Benefits of This Cannabinoid?” Leafly,