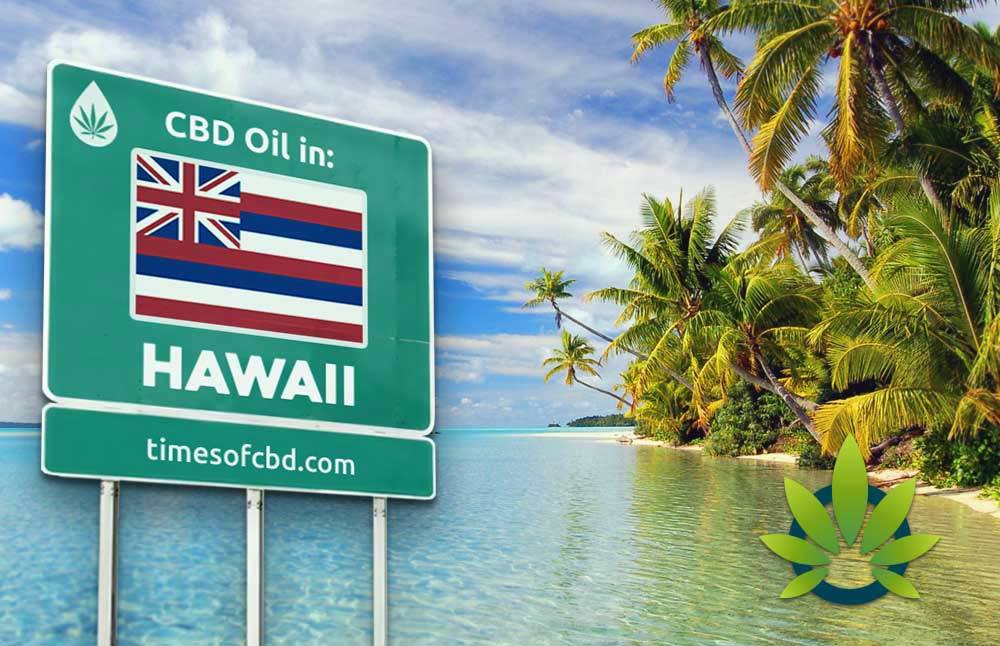 Hawaii is likely the most popular premier tourist destination in the entire United States. Though the state is certainly far from being connected to the contiguous North American land mass typically known as the United States, this Pacific island is nevertheless a prized territory controlled by the United States as one of its fifty states. As such, Hawaii is bound by the laws of the United States federal government on some matters, but is given its own autonomy when it comes to certain other sets of laws.

For CBD users looking to make use of CBD oils, cremes, or edibles in Hawaii, there are several important considerations to take into account. Though the last federal “Farm Bill” made the legality of the industrial hemp industry rather clear, states across the country have made it difficult for some consumers to determine how to best operate within the confines of their jurisdiction’s law when purchasing, possessing, and using CBD products.

For Hawaii, the laws seem to be relatively straight-forward. If the CBD product is derived from the cannabis plant and contains a significant amount of THC content, then it is legal only in medicinal cases as explained in Senate Bill 862 on medical cannabis. But most CBD oils and products sold today actually contain only trace amounts of THC and come from the industrial hemp plant—not the cannabis plants known for their psychoactive properties. When this is the case, the product is undeniably legal, at least according to 2016’s Industrial Hemp Pilot Program bill (Stat. 141A-141J and 712).

Age Requirements For CBD In Hawaii

Once again, age requirements to purchase CBD in Hawaii depend on a variety of factors. The most important factor is likely to be what plant the product was derived from. If the CBD has a high THC content and was extracted from the cannabis plant, then it can only be sold in the state from a licensed dispensary, and only to those individuals who have a medical marijuana card.

If the product is derived from the industrial hemp plant, then the age restrictions applied are just a bit more convoluted. The primary consideration here is now where the product is being sold. Hawaii is relatively lax on the types of stores that can sell CBD. Smoke shops and head shops sell the product commonly, but often require that patrons be either eighteen or twenty-one to make the purchase, the exact age depending on local laws and institutional rules and regulations. Food shops and wellness stores across the state also frequently stock edible and smokable CBD products. Though the age required to enter and purchase from these shops varies as well, they generally also require their customers to be eighteen or older to buy CBD products.

This might start to change, especially as more scientific studies come out in support of CBD and its applications for patients and consumers under the age of eighteen. But for now, Hawaii will typically require that users be at least the age of eighteen.

Where To Find Hawaii CBD

As stated in the above section, Hawaii is in no short supply of shops and stores selling a variety of CBD products. The only thing to keep in mind for readers is the type of CBD they want to buy. Stores selling CBD with high THC content will almost exclusively be medical dispensaries. This means that these products will be difficult to get, but will also often be of very high quality and respectable potency.

If a consumer is not looking for high THC content or cannot access a medical cannabis card, then food shops and wellness stores are often the best option. These shops offer a wide variety of CBD products with different types of application, though their quality and potency may vary. Shops can be found all over the state, and even some gas stations might carry lower-end CBD products.

Buying CBD online in Hawaii is easy and legal. Most online shops will sell to just about anyone, but their quality can often be called into question. Users should conduct their own independent research before buying from any brand or store online in Hawaii.

Hawaii’s laws on cannabis are pretty much middle-of-the-road. They aren’t particularly hard on the substance, but they are not nearly as lax as some other states in the U.S. As federal laws become more interested in preserving and expanding the cannabis and industrial hemp businesses alike, consumers should only expect Hawaii to become more friendly towards CBD and CBD products.