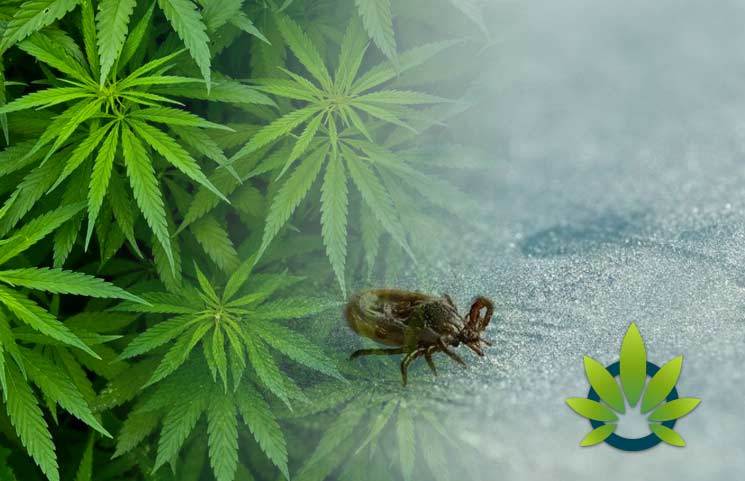 CBD’s many attributes has led to people asking if it can help with just about any health condition. The latest is about the possible use of CBD in the treatment of Lyme Disease.

This is a disease transmitted by the deer tick, and capable of causing symptoms such as muscle aches and pains, chills, fever, swollen lymph nodes, fatigue and headaches. According to the Centers for Disease Control and Prevention (CDC), roughly 30,000 cases of Lyme disease are reported every year.

There are also speculations that there are probably way more cases that go unreported annually. Reports indicate that the instances of this disease are on the rise, with 80 percent more cases reported between the years 2014 and 2016.

The problem with Lyme’s disease is that it’s so easy to miss. It’s often confused with the flu because the symptoms are quite similar.

There are already treatment protocols for patients with Lyme disease in hospitals. However, because the symptoms are similar to those that can be relieved by CBD –largely inflammation and pain-, there are those who are talking about the possibility of using CBD either as the main or complementary treatment option.

This is not surprising given CBD’s broad application for the relief of certain health conditions like anxiety, depression, insomnia, stress, joint and muscular pain, arthritis, seizures and even epilepsy. In fact CBD’s use is so versatile that people are beginning to call it a “miracle compound”.

What Can CBD Do For Lyme Disease?

What we’re saying however, is that CBD is capable of helping with some of the symptoms of the disease. It’s similar to cancer treatments where patients smoke pot to ease their pain, without it necessarily curing their cancer.

CBD will help ameliorate some of the accompanying symptoms, thus eliminating the need for some drugs. There have been several instances where CBD helped with the relief of Lyme Disease symptoms.

The reality however, is that the condition isn’t as popular. As such the go to treatment for it includes the prescription of antibiotics, some of which don’t work as effectively. This is probably why many patients routinely seek alternative health options when it comes to the treatment of the condition.

CBD has been known to help with improving cognitive functions, easing nausea, and inflammation related pain in joints and other parts of the body. As a result, patients stop taking painkillers that can be damaging to their livers and kidneys.

And many doctors agree about CBD’s potency in fighting some of those symptoms. An article published on Lymedisease.org last year corroborates this fact.

Written by Dr. Daniel A. Kinderlehrer, a Colorado based tick-borne diseases specialist, his article highlights how cannabis strains like sativa and indica can help patients with Lyme disease.

He stated that his patients have seen great results and had “excellent responses to a liposomal sublingual extract.”

While this article is largely about CBD, he states that combining both CBD and THC in equal parts is even more effective. These can either be taken orally, or applied to local areas.

According to him, “whether taken systemically or applied locally, these products can help many patients significantly decrease their need for pain medication”. Even more importantly, ever since the legalization of marijuana, there’s been a significant decrease -25 percent- in opiate related overdose and deaths.

While he does recommend CBD for certain symptoms, he’s also quick to assert that CBD shouldn’t be the primary treatment method. Instead patients should see CBD as supplementary and designed to help combat the symptoms.

“Cannabis modulates immune and nervous system function, and decreases inflammation,” […] “Research has not documented whether or not cannabis can boost immune function. CBD from hemp oil and cannabis extracts are not treating the infection itself.” He wrote.

“I have found medical marijuana and CBD from hemp oil to be incredibly beneficial for many patients. The analgesic, anti-inflammatory, and neuroprotective properties of cannabis make it extremely valuable as an adjunct to the treatment of tick-borne diseases.” He concluded.

Individuals who don’t like the psychoactive effects of THC can easily use CBD alone in higher dosages to relieve some of their symptoms.

Conclusion On CBD For Lyme Disease

Please understand that CBD or any other hemp compound isn’t the official treatment for this condition. Antibiotics and other treatment protocols are for now. CBD and THC are only there to help provide relief for some of their symptoms. It is possible that this might change in the future. For now, it is a great natural alternative for its other symptoms.