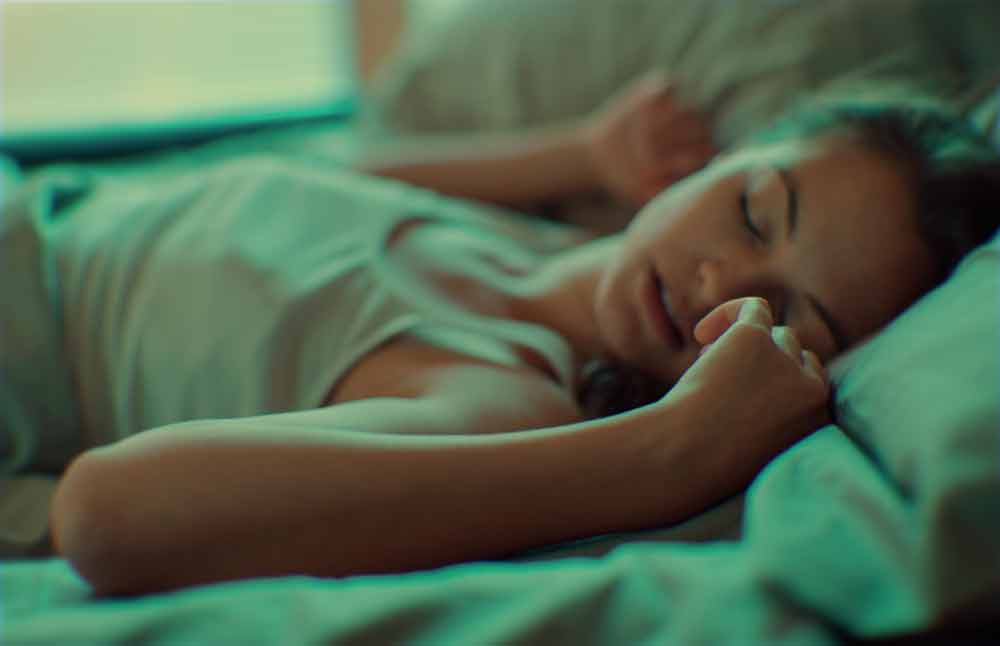 In the early 1900s, people typically slept an average of nine or ten hours each night. Today, most of the population averages somewhere around seven hours. While sleep needs have not changed over time, our lifestyles have.

Researchers today believe modern technology and chronic stress are interfering with our natural sleep cycles. Artificial lighting and the blue light emitted from the screens of our electronic devices are interrupting our natural circadian rhythms, the sleep cycle regulators influenced by light and darkness. The state of hyperarousal created by our hectic lifestyles adds to the turmoil.

Once your sleep patterns are disrupted, it can be difficult to get back on track. If you are experiencing sleep difficulties, you are already painfully aware of the short-term effects of too little sleep. To fall asleep faster and sleep more comfortably through the night, consider investigating the natural sleep-promoting benefits of hemp CBD.

The Many Ways Too Little Sleep Can Negatively Impact Your Health

While individual sleep needs vary, most of us need a minimum of 6-7 hours of sleep each night. When we get a sufficient amount of quality sleep, we will likely wake unassisted, feeling refreshed. Unfortunately, too many people believe our bodies simply learn to adapt to less sleep.

If you feel fatigued, have difficulty concentrating, or need a nap to get through the day, you could be experiencing the short-term effects of sleep deprivation, even if you are sleeping more than the recommended seven or eight hours. The damage created by sleep deprivation is cumulative.

Sleep deprivation is known to increase your risk of the following conditions:

The inability to fall asleep quickly or repeatedly waking during the night can significantly reduce the amount of time you spend sleeping. Losing less than an hour of precious sleep can zap your energy, try your patience, and increase your risk of accidental injury.

Understanding How Hemp CBD Can Significantly Affect Your Body

To understand how hemp CBD oil could provide sleep benefits, it may be necessary to learn a bit more about why CBD has so many potential health and wellness benefits. The answer is both simple and relatively complex. CBD mimics the messengers and influences the receptors of your endocannabinoid system.

If you have not heard of your endocannabinoid system, you are not alone; it's a relatively recent and exciting discovery. Your multi-tasking endocannabinoid system is a complex network of neurotransmitters and receptors that regulate nearly every essential function in your body. Researchers believe this system of messengers and receptors is essential to homeostasis, the internal equilibrium that all living organisms need to survive.

Just a few of the many functions regulated by your endocannabinoid system include:

You have endocannabinoid receptors throughout your body. The receptors of your endocannabinoid system are simply named CB1 and CB2. CB1 receptors are highly concentrated in your brain, spinal column, and nerve endings. CB2 receptors densely populate your peripheral nervous system, regulating organ function, muscle movement, and your immune system.

Under the influences of illness, injury, or stress, your body may need more endocannabinoids than it can create on its own. The resulting endocannabinoid deficiencies can cause a breakdown in the communication system.

CBD is the commonly used scientific abbreviation for cannabidiol, the most abundant of the many cannabinoids found in cannabis plants. Investigations into the effects of cannabis eventually led researchers to the discovery of the endocannabinoid system.

Many people are initially uncomfortable when they learn that CBD is extracted from cannabis. That is because most people still associate the word cannabis with marijuana. We seem to have forgotten that hemp is also cannabis. Learning the essential differences between hemp oil and marijuana typically alleviates most concerns.

The CBD extracted from the marijuana plant contains high levels of THC (tetrahydrocannabinol), the one cannabinoid (of 113) in cannabis responsible for the intoxicating effects. Marijuana extract typically contains anywhere from 5-30 percent THC. Due to the psychoactive properties of the plant, marijuana is classified as a schedule 1 drug. Depending on state legality, marijuana can be prescribed by a doctor for medical purposes or purchased through a dispensary.

It's the THC content that legally differentiates hemp from marijuana. To be legally classified as hemp, a cannabis plant must contain 0.3 percent THC or less. This trace amount of THC is not enough to cause any form of intoxication, even when consumed in large amounts. It may further reassure you to learn that cannabidiol (CBD) counteracts the effects of THC.  Hemp planted in the vicinity of marijuana can render the marijuana crop useless. Most of the CBD oil accessible to consumers is derived from industrial hemp.

If you lie in bed for more than 30 minutes trying to fall asleep or frequently wake during the night, you may find it difficult to make it through your day without caffeine, a nap, or both. You may notice you have difficulty focusing, concentrating, or maintaining emotional equilibrium.

Supplementing the messengers of your endocannabinoid system with the many potential wellness benefits of CBD could help you drift off faster and sleep more comfortably. When you get enough quality sleep, you should wake feeling refreshed and invigorated.

Some of the many ways the CBD in hemp oil is shown to promote sleep include:

Alleviating the Symptoms Of Stress And Anxiety That Keep You Awake

While lack of sleep can have a negative impact on your moods and emotions, your moods and emotions also affect your ability to sleep. When you feel stressed or anxious, your mind is likely in a state of arousal.  Stress and anxiety can keep your brain functioning in overdrive, unable to let go of repetitive thoughts. CBD is shown to have an anxiolytic effect similar to prescription anti-anxiety medications. The calming effect of hemp CBD could help you sleep by potentially alleviating the effects of stress and anxiety.

If you have difficulty getting comfortable enough to fall asleep, you may be one of the many people living with “painsomnia.” If back pain, arthritis, fibromyalgia, or any other chronic pain condition is preventing you from getting enough rest, you may be pleased to learn that CBD is shown to reduce inflammation and alleviate pain. CBD increases anandamide production and slows the enzymatic breakdown. Research shows that the more anandamide you have in your system, the less pain you will feel. Minimizing your pain could help you sleep better.

Sleep cycles are influenced by your circadian rhythms, the 24-hour internal clock that regulates many important physiological functions. Research shows that your endocannabinoid system functions as the link between circadian regulators. CBD influences the receptors of your endocrine system (hormone production), helps regulate your core temperature to promote sleep, and maintains sleep states. CBD can also increase your capacity for REM sleep. REM sleep abnormalities commonly affect those living with PTSD and Parkinson's disease.

Involuntary muscle contractions in your legs and feet have many potential causes. Nocturnal leg cramps are commonly caused by muscle fatigue, neuromuscular disorders, nerve injuries, dehydration, and medication side effects. Since leg cramps often follow a period of inactivity, you may be losing precious sleep from leg cramps that wake you from a sound slumber. CBD has anti-spasmodic and analgesic properties. In addition to leg cramps, CBD can also be beneficial for menstrual cramps, muscle injuries, and the muscle spasms caused by neurodegenerative diseases, such as multiple sclerosis and Parkinson's disease.

Many people experiencing sleep issues rely on the sleep-promoting benefits of hemp CBD oil. CBD is not a medication; it's a safe, natural dietary supplement that supports the function of your endocannabinoid system, the network of receptors and neurotransmitters that influence pain perception, inflammation, sleep cycles, and the effects of stress on your body. Supplementing your endocannabinoid system with hemp CBD could help you fall asleep easier and stay sleeping throughout the night.

Thirty Incredible Marijuana Statistics All 2019 Cannabis Users Should Know About

CBD Oil And The Endocannabinoid System: A Closer Look At Deficiency And Discovery