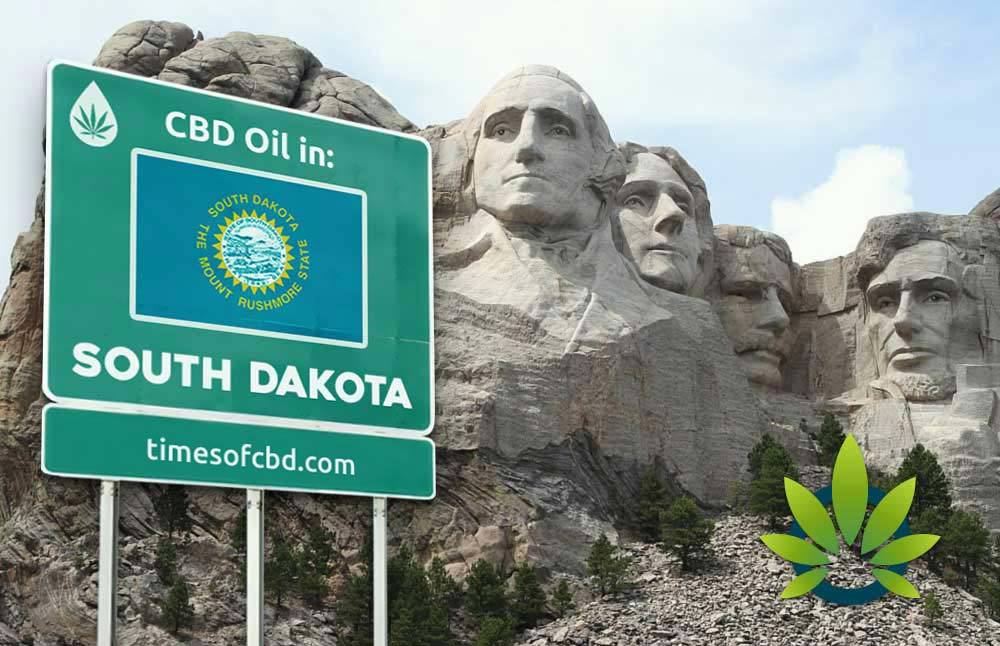 The progression of American laws has been undeniably favorable towards both hemp and cannabis products. In addition to the medical cannabis laws which are in place in many states in the USA, a slew of industrial hemp laws and adult use cannabis legislation have hit the books in states all over the country. But for some states, progress has been slow. Despite the work of key organizations inside and outside of the existing government institutions, marijuana and even hemp remain illegal in many parts of the country.

Unfortunately for hemp and CBD consumers in South Dakota, this is the situation that much of the government finds itself in. The state has some of the most restrictive laws in the entire country concerning cannabis, medical marijuana, and hemp products. In addition to not having any kind of pilot program for industrial hemp on their books, the state has taken a uniquely hard stance on marijuana, both medical and recreational.

While South Dakota’s legislature has officially removed CBD from the existing definition of marijuana in the scheduled substance list, they also require that CBD be approved officially by the FDA before it becomes available legally to the general public. The only shining light in this policy is that the state recently passed a medical CBD law in 2017, though it remains particularly restrictive and specific.

This guide will outline some of the most important aspects of South Dakota’s CBD laws. However, this does not constitute legal advice and consumers are responsible for researching their own local, state, and federal regulations to avoid breaking the law.

Only two pieces of legislation have addressed CBD in any capacity. The first piece of law came in 2017, and the state of Dakota used it to remove CBD oil from the official scheduled definition of marijuana. While it might not seem like much to the uninitiated, it is important to recognize this as the first step to a potential legalization of decriminalization somewhere down the road. The de-scheduling of a drug removes most criminal penalties for possession often levied on consumers under the controlled substances act.

There is a little bit more to this de-scheduling decision, though. The state decided that although they would be removing the substance from the definition of marijuana in the existing schedule, they also stipulated that it would not become truly legal until the FDA approved it.

But as it stands, the only other law moving towards this possibility is the medical CBD law which came into action via Senate Bill 95 in 2017. With this piece of legislation, consumers with specific medical conditions considered debilitating are able to access the substance from licensed medicinal dispensaries. These dispensaries require that consumers be over the age of eighteen in most cases, and doctors must gain the written consent of the parents of a minor in order to prescribe medicinal CBD to them.

Because CBD is still heavily regulated by the state of South Dakota, age requirements operate a little bit differently than they do in most constituencies in the United States. CBD is not available in the average convenience store like it is in much of the country. Instead, the only way to gain access to CBD is by getting a physician’s approval for the use of the substance in a continuing treatment regimen. This typically requires that the patient be at least eighteen years of age at the time of the prescription, but this can vary slightly base on extraordinary circumstances.

Other than a doctor’s permission, there is no legal way to get CBD in the state of South Dakota, at least according to state law. Federal law via the farm bill dictates that the industrial hemp industry is legal in all fifty states, so consumers might be able to find stores and shops that use this law as a protection and justification to continue to sell CBD and hemp products on their shelves. When this is the case, the age requirement will almost invariably be eighteen.

Where To Find South Dakota CBD

For the most part, the restrictive laws of South Dakota mean that the only way to access CBD is to obtain it through a medicinal cannabis shop. This means that users must gain the approval of their doctor on a written document before purchasing their CBD from a licensed distributor within the state.

Buying CBD online in South Dakota is an incredibly grey area of the law. For the most part, readers should consult with local authorities and conduct their own independent research before making any purchase of CBD on the internet. This guide will not advise one way or the other, but will instead recommend extreme caution, especially given the restrictive stance South Dakota has taken on CBD products.