Legal Analysis of the Hemp Farming Act Bill of 2018: What is CBD Oil's Status?
Advertisement 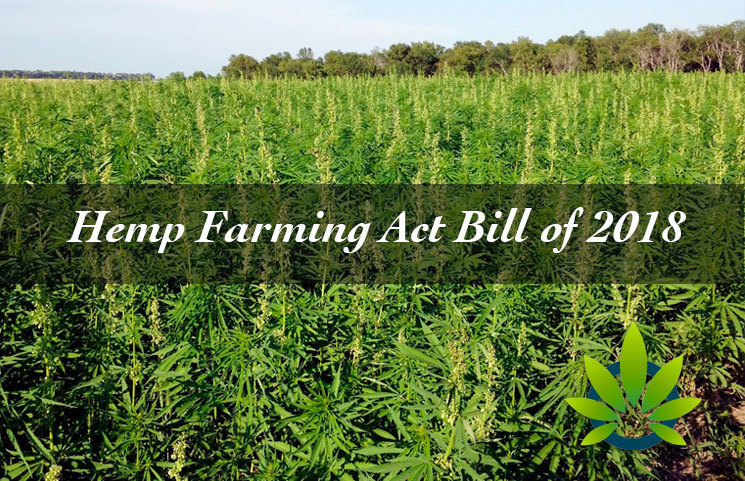 The latest version of the 2018 Farm Bill (“Bill”) is awaiting the President’s signature and within days, the legislation could become law. Interestingly enough, this Bill differs from its predecessors due to the inclusion of legislation concerning hemp.

The legislation defines hemp as the cannabis plant. However, unlike cannabis, legal hemp cannot contain more than 0.3 percent THC. For those who are unaware, THC is the substance that causes hallucinogenic qualities and that “high” feeling. With legalized hemp, it is impossible to get high.

The United States Department of Agriculture (“USDA”) and the State Department of Agriculture (“State Department”) have been permitted to conduct pilot programs dedicated to studying hemp. As a result of the studies, hemp has been cultivated for this limited purpose. The 2018 Farm Bill now provides an expansive level of cultivation – beyond pilot programs. Hemp can now be cultivated for the transfer of hemp products across states for both commercial and non-commercial purposes. The Bill does not provide for restrictions related to transport, sale, or the possession of hemp-related products. The caveat is that the products produced must be compatible with the law.

Nonetheless, there are some restrictions. The first and most important is that hemp cannot contain over 0.3 percent THC under Section 10113 of the Bill. If it exceeds this amount, then it is designated as cannabis or marijuana and receives no legal protections.

A second restriction is that there is both state and federal regulatory power over the cultivation and production of hemp. The same section of the Bill, state regulatory bodies, such as the department of agriculture, must confer with their state’s governor and chief law enforcement officer to generate a plan. The plan is then submitted to the USDA secretary, who then approves – or denies – the plan. States that decline to devise a regulatory system for the cultivation of hemp must apply for a license under the federal program.

A third component describes the repercussions associated with violating the law – one of which includes hemp that contains over 0.3 percent THC. Finally, the Bill does not allow for the growth of hemp freely. Rather, it is a regulated crop.

The Bill also provides mechanisms for the protection of hemp research. Under Section 7605, protections for such research are extended and it outlines the conditions under which the research is permitted. Continuing research into hemp shows that there may be value to such research and the products that could be derived from the hemp.

Hemp As An Agricultural Commodity

Another provision of the Bill is that hemp is treated as an agricultural commodity. Despite the regulations, the Bill also allows for hemp to become a mainstream crop. For instance, under Section 11101 of the Bill, those who farm hemp receive protections under the Federal Crop Insurance Act. For instance, growers are protected from crop losses.

A major misconception concerning the bill is that it legalizes cannabidiol (CBD). Though Section 12619 of the Bill removes hemp-derived products from Schedule I status of the Controlled Substances Act, the Bill, and that specific section does not legalize CBD.

Generally, CBD is still a schedule I substances under federal law. However, under specific circumstances, such as production in a manner consistent with the Bill, cannabidiol can be considered legal. A few other requirements are that production is also in line with state regulations and is done by a licensed grower.

As a federal law, the Bill does not impact state cannabis programs. Further, because cannabis is still largely illegal under federal law, it may also be illegal under state laws. This is an important distinction to make because it impacts consumer productions. Though the Bill may provide for improved availability of CBD products, the legality depends upon fulfilling the conditions of the Bill.