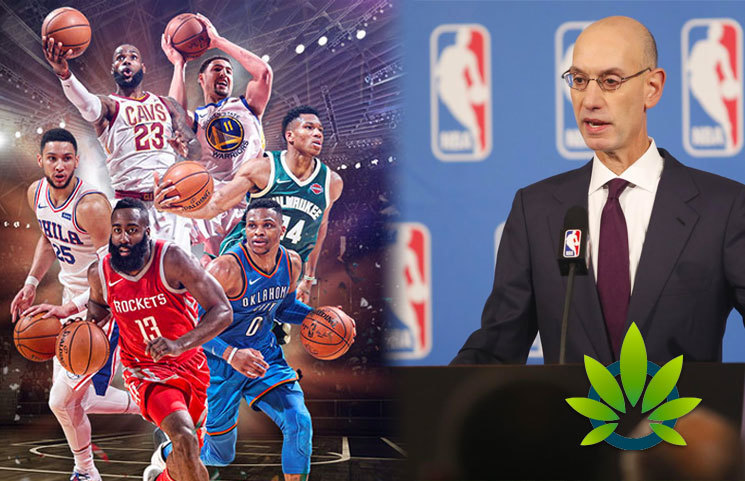 The topic of marijuana use has been coming up more and more as ten separate states have now legalized its use in both a medicinal and recreational capacity. Half of the states have at least one NBA team, which means that the discussions have to be brought up with the National Basketball Players Association as well. The NBA Commissioner, Adam Silver, recently sat down on The Full 48 podcast to talk about an issue that has already been happening “for some time.”

“I don't want to speak for [NBPA executive director] Michele [Roberts], but she and I have a somewhat similar view on this, which is: We should follow the science. This is not an ethical issue for me. It's not a moral issue for me. I obviously see what's happening in states around America.”

The states that would be impacted in the NBA are Oregon, California, Colorado, Michigan, and Massachusetts.

Last year, the former commissioner, David Stern, had urged the NBA to take a more lenient approach to the league for medicinal marijuana specifically, and Karl-Anthony Towns of the Timberwolves had agreed. However, right now, Silver noted that the NBA and NBPA are looking at the current research on this topic.

“There's not as much, frankly, science out there as I would have thought, in terms of the medical efficacy of using medical marijuana. I don't mean to suggest that the people who say it's effective for them, that it's not. … It's like a lot of issues we deal with in the league. It's a balancing of issues.”

Another topic of interest that came up was mental health, considering the positive effect that it can have on those concerns. For Silver, it seems to be a catch-22 of allowing users permission to partake or worrying that they will turn to more intense drugs in the process. He added,

“I recognize = that medication may be worse for the player than smoking marijuana—even if marijuana isn't great for you. And I also recognize that if they don't want anti-anxiety medication and they can't smoke marijuana, they may drink more—which is perfectly legal. … And that might be much worse for them.”

Legal Analysis of the Hemp Farming Act Bill of 2018: What is CBD Oil’s Status?