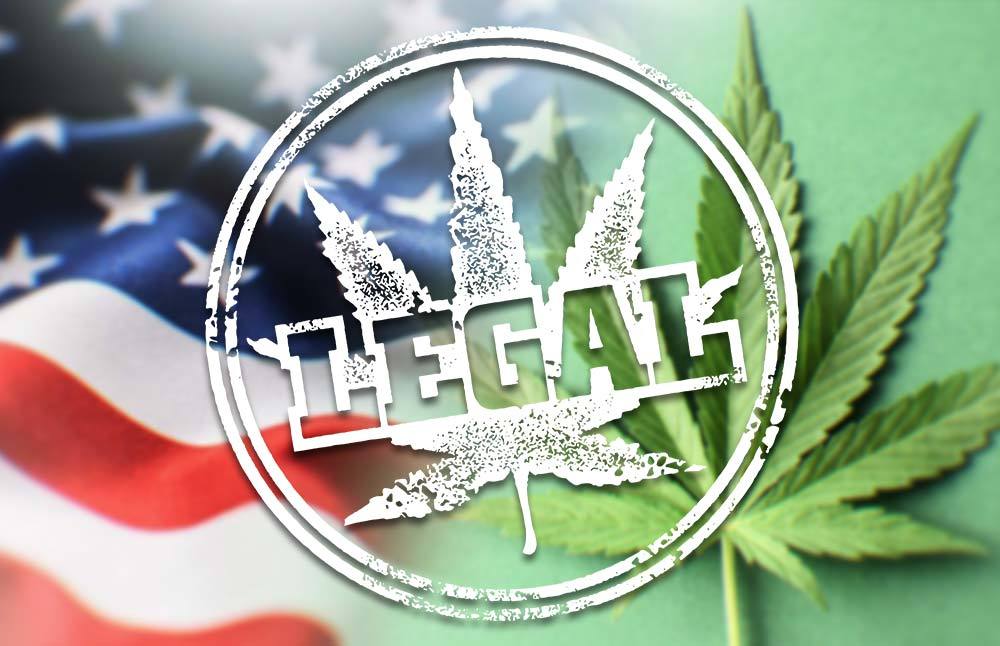 While marijuana possession and use are illegal at the federal level, each state treats medical and recreational marijuana in different ways. In recent decades, an increasing number of states have legalized recreational marijuana. However, the laws in each of these states vary. If you live in one of these states or plan to visit soon, it makes sense to learn more about the local laws before you act.

In 1975, Alaska's state supreme court ruled that citizens could possess small amounts of marijuana for recreational use under the right to privacy clause in the state's constitution. However, voters did not fully approve of the legalization for several more decades. On February 24, 2015, Alaska legalized the recreational use and possession of marijuana for its citizens who are at least 21 years of age.

This law permits you to possess up to one ounce of marijuana outside of your home. However, it is a civil offense punishable by a $100 fine to smoke weed in public. You can possess up to four ounces inside your home. Exceeding these possession limits is a felony. You may also grow up to six marijuana plants in your home, but they must be out of view of the public. It is not legal to bring marijuana in or out of the state. Furthermore, it is a crime to take marijuana with you on a boat or a plane that is traveling outside of the state's boundaries. You may also be cited if you are caught driving under its influence.

In 1996, California became the first state to legalize medical marijuana. However, 20 years passed before California voters approved of the recreational use of marijuana. California officially legalized recreational marijuana on January 1, 2018. Under current law, adults who are 21 years old or older are permitted to possess less than an ounce of marijuana or eight grams of concentrated marijuana. It is illegal to smoke marijuana in public or in your car in California. Smoking is only permitted in a private residence. Adults may also grow up to six plants inside their home and out of view of others.

Keep in mind that residents may also give up to one ounce to another adult, but it is criminal to accept compensation when marijuana changes hands. Possession in excess of the legalized amount is a misdemeanor crime regardless of the amount, and this crime could be punishable by incarceration for up to six months and a maximum fine of $500. The charge for growing more than six plants at one time in your home is similar. The sale of marijuana may be considered a misdemeanor or a felony depending on the specific circumstances surrounding the arrest.

On November 6, 2012, recreational marijuana became legal in Colorado. This expanded on the medical marijuana law that passed in 2000. According to the current recreational marijuana law, adults in Colorado who are at least 21 years old may have up to one ounce of marijuana at any time. This holds true whether the individual is at home or outside the home. Up to six plants may legally be grown in the home. The exception to the possession limit is that you are permitted to keep the full yield of your homegrown marijuana crop.

In addition, you may gift up to one ounce of marijuana to another adult who is legally old enough to possess it. Smoking weed in public is not permitted and may result in a fine of up to $999. Furthermore, edibles cannot contain more than 100 milligrams of THC. If you purchase marijuana at an authorized retail store, residents may purchase up to one ounce at a time, but out-of-state visitors may only purchase one-quarter ounce at a time.

On February 25, 2015, recreational marijuana became legal in the District of Columbia for adults who are at least 21 years old. Under this law, it is legal to have up to two ounces of marijuana in your possession, and you may gift up to one ounce of marijuana to another adult who is old enough to possess it. However, if compensation is provided, this is a criminal act because it is considered a sale. Local residents are permitted to use marijuana only on private property. Inside the home, you may also grow up to three mature plants and have an additional three seedlings as long as they are outside of public view. Related paraphernalia is also legal, including rolling papers, bongs, pipes and more.

Be aware that it is illegal to drive a boat or a motor vehicle under the influence. You cannot use marijuana or consume any products containing marijuana on public streets, in parks or any other venue that is not a private residence. You will be charged with a misdemeanor if you are caught in possession of more than two ounces of marijuana, and the penalty is a maximum $1,000 fine and up to six months in jail.

Recreational marijuana was legalized in Maine in November 2016. Before that, it had only been legal for medical use since 1999. Under the current law legalizing recreational marijuana, adults who are at least 21 years old in Maine may possess up to 2.5 ounces. You can purchase marijuana from an authorized retail store, or you may produce your own crop at home. Individuals may grow up to six plants inside the home, but the plants need to be concealed from view. Smoking or other use of marijuana products must occur in private. Public use is punishable as a civil offense with up to a $100 fine.

Keep in mind that you are not permitted to have drug-related paraphernalia in this state. This is a misdemeanor charge that may result in up to a $300 fine. There are also significant penalties for possessing more than the legal amount, for growing more than six plants and for selling or distributing marijuana. The type of charge and the punishment will be based on the circumstances surrounding the crime.

On November 8, 2016, voters approved of recreational marijuana in Massachusetts. However, it has only recently been available for retail purchase since July 2018. Under this law, you may possess up to one ounce of marijuana or up to five grams of a concentrated form of cannabis if you are at least 21 years old and if you are outside of your home. Inside the home, you can legally possess up to ten ounces. This includes marijuana that you purchased as well as your yield from homegrown marijuana. Local residents may grow up to six plants, but they may not be visible to others. It is also legal to give a gift of up to one ounce of marijuana to another adult.

The only variation outside of these limits is if you qualify for medical-use marijuana. In this case, you may be in possession of up to a 60-day supply based on the quantity prescribed by your doctor. It is a criminal offense to use marijuana in public or to possess more than these amounts. It is also illegal to sell any amount of marijuana.

While voters approved of the recreational use of marijuana in a 2016 election in Nevada, the state officially legalized its use on July 1, 2017. If you are at least 21 years old in Nevada, you may possess up to an ounce of marijuana or up to an eighth of an ounce of a concentrated product. In addition, it is legal for you to gift up to an ounce to another legal adult. Keep in mind that the possession law only pertains to possession inside a private residence. You are not permitted to use any marijuana products in public, and you are also not allowed to even possess them in public. This is a misdemeanor crime that may result in a $600 fine.

Local residents are permitted to grow as many as six plants at home in an indoor location, but this is only permitted if you live more than 25 miles away from the nearest dispensary. There may be some variances outside of these laws that fall under the medical marijuana laws if you have a qualifying condition and a physician's order. Otherwise, violations of the marijuana laws outside of these permitted uses may result in a misdemeanor or felony charge.

While Oregon legalized the medical use of marijuana in 1998, it was not legal to use it for recreational purposes until January 1, 2015. The current law permits adults who are at least 21 years old to possess up to one ounce of marijuana outside of the home. In addition, you may keep up to eight ounces in your home. This may be from marijuana that you purchase legally at a dispensary or that you grow on your own.

You are legally permitted to grow up to four plants at home out of public view. Growing up to eight plants, however is a misdemeanor charge. Having more than eight plants in your home is a felony offense. It is a crime to smoke marijuana or to use related products in public.  It is also illegal to gift or sell any amount of marijuana in Oregon.

While Vermont was not the first state to legalize recreational marijuana, it was the first state to do so through legislation rather than through a popular vote. The bill officially became law on January 11, 2018. It permits adults who are at least 21 years old to possess up to one ounce of marijuana, but it must be used in a private residence.

In addition, you may grow up to two mature marijuana plants, and you may have an additional seven seedlings. These plants must be indoors and out of public view. Commercial sales are not yet permitted in Vermont. Keep in mind that any possession of marijuana that exceeds these amounts, the sale of marijuana and its public use are criminal offenses.

On January 1, 2012, it became legal for adults who are at least 21 years old to purchase marijuana in the state of Washington. Adults can only purchase marijuana and related products from authorized retail stores with a valid form of identification. Up to one ounce of marijuana may be purchased at a time. You may also purchase up to 16 ounces of edibles, up to seven grams of concentrates or up to 72 ounces of liquid products.

Keep in mind that all products must be used in private. Public use is a criminal offense that may result in a $100 fine. It is also illegal to drive under the influence of marijuana. The legally-permissible limit is five nanograms of active THC in a milliliter of your blood. DUI-related charges may be filed if these limits are exceeded. In addition, be aware that you may not take marijuana outside of the state regardless of the method of transportation. Any variations outside of the recreational law and that do not fall under the medical-use law in this state are criminal offenses.