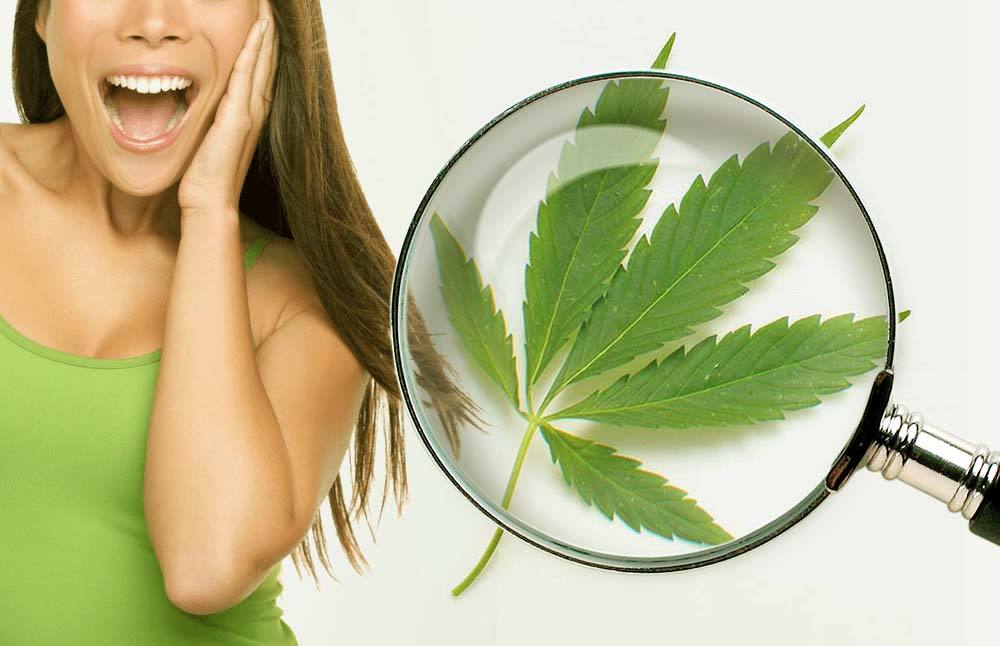 Looking for some dank facts on one of the world's favorite plants? We got you covered. You could fill a list with about a thousand of these, but we'll keep it down to our twenty five favorite facts and figures on marijuana.

1. Only 9% of all marijuana users ever become clinically dependent. Even in these cases, clinical dependency is rarely considered to be as serious as, for instance, heroin or cocaine addiction. Some marijuana users lean on pot as an emotional crutch, but it's rare to hear of someone going into serious, life-threatening withdrawals when they take some time off of weed.

2. In Bhutan, marijuana was once used exclusively to feed pigs. They didn't start using it recreationally until television hit their shores sometime in the mid-20th Century. Our guess: They caught a late-night showing of Up in Smoke and got inspired. Or maybe it was a Sid and Marty Kroft show, and they just had to do whatever they could to try and make sense of it.

3. 42% of people in the United States have tried smoking pot at least once, and 42% of people in this country do not necessarily live in Colorado, so you have to wonder who's still out there voting against propositions to legalize it.

4. How do you think you'd look with dreadlocks? Italy allows Rastafarians to possess marijuana as it is considered sacrament to their religion. Don't think it's a get-out-of-jail-free card, though. You can still go to court for possession, and that'll ruin your weekend even if you can find a local church to vouch for you.

5. Though safer than tobacco, heavy marijuana users do run the risk for some of the same health risks, including bronchitis. Of course, very few marijuana users smoke as constantly as pack-a-day cigarette smokers. But if you are inhaling as much smoke as a tobacco user, you are going to suffer from many of the same respiratory troubles faced by cigarette users. Although cigarettes also contain tar, arsenic and other poisons, the only threat in excessive marijuana use is in the smoke itself. These dangers can be offset by using a water pipe, a vaporizer, or completely eliminated by relying on edibles as your sole means of consuming marijuana.

7. Legalizing marijuana would generate an estimated 8.7 billion in taxes every year in federal and state revenue. It's not just recreational and medicinal users fighting to legalize and decriminalize marijuana. Many in federal and local government and even law enforcement are fighting for legalization because of what it could do for the US Treasury.

8. Alaskans have enjoyed legal weed for personal use since 1975! You can still get in trouble up north if you grow or sell marijuana, and moving it across state lines isn't easy, so who knows where Alaskans are expected to get this stuff, but all the same, it's not illegal to be caught with a little bit for your own personal use.

9. Marijuana use has been recorded as far back as around 2700 BC, in China. 789 grams were found in an ancient tomb in 2008. No reports yet on whether or not anyone tried smoking it, but we have to imagine it would be a bit like finding that old shoebox under your parents' bed and coughing your lungs out on forty-year-old ditch weed.

10. In India, one of the most common ways to consume marijuana is via milkshake. India tends to enjoy both sweet and savory chilled drinks using yogurt and ice water as the base ingredients, mixed with salt and spices, or vegetables and sugar depending on the mood. You have to wonder why nobody's tapped into this in the edibles market in the US yet.

11. Marijuana leads to more than 800,000 arrests every year in the United States. Although not all of these arrests ever lead to serious jail time, victimless drug arrests make up a tremendous portion of the US prison population.

12. The first “internet sale” ever made was not made through eBay or Amazon, it wasn't “1001 Wacky Computer Jokes,” it was a bag of weed way back in 1971. The deal was made between computer lab students using proto-internet bulletin board systems. So 1970's computer lab guys did more than just send each other Star Trek trivia (though we wouldn't be surprised to find out that they hit the sofa for a nice long marathon after the deal was closed). That's one more thing to thank nerds for.

13. The US Military created dimethylheptylpyran, a synthetic version of marijuana, in 1949. Its effects can last up to three days from a single gram. You'd think it'd be a little easier for military officials to score some bud and they wouldn't have to go making their own in a lab.

14. Bob Marley was buried with a Bible open to Psalms 23, his trademark red Gibson guitar, and a bud of marijuana, like a dreadlocked Egyptian pharaoh.

15. The first known arrest for marijuana possession occurred in Denver, Colorado in 1937. That may sound a little surprising when you consider how progressive they've been on the subject in recent times.

16. The list of medical benefits offered by marijuana just keeps getting longer. A marijuana-derived compound has been used to force cancer cells to freeze in their tracks, preventing them from spreading further..

17. You are allowed to bring recreational marijuana into certain public facilities in the Netherlands in order to test if it's safe to take. You can also bring other drugs like cocaine and heroin with you. Recreational drugs aren't 100% legal in the Netherlands or anything, they'd just prefer that you know what it is that you're smoking.

18. If pot makes you feel a little paranoid, you're in the minority. It's not fun when it happens, but psychosis only occurs in about 1% to 5% of marijuana users. More marijuana users than not are able to consume pot to their heart's content without ever experiencing any negative psychological effects. All the same, you generally want to take it easy when trying a new strain for the first time.

19. Overdosing on marijuana is technically possible, but not likely: It would take 1,500 pounds smoked in 15 minutes to kill you. Good luck trying to go out that way. The only way that this could technically happen would be to convert the marijuana into oil for cooking, creating highly potent edibles, and even then, you would need to be a gold medal winning competitive eater to chow down on enough THC to even put you in a slight coma.

20. As of 2015, the US marijuana market was bigger than the craft beer, organic food and wine industries combined. Maybe not the most surprising statistic on the list, Americans love marijuana, and the industry contains everything from homegrowers to medicinal pot and recreational boutique dispensaries.

21. There are more medical weed dispensaries in Colorado than there are Starbucks, by a ratio of about three to one. If you want to know what the fast food era of legalized weed is going to look like as more states continue to legalize and decriminalize, take a trip to the Rockies and see for yourself.

22. Legal pot was the fastest growing industry in the United States in 2015, and all projections only show the industry continuing to grow into the future. In other words, if you're looking to invest a little money into a startup, you might want to send some cash to Colorado.

23. Remember when social media was blowing up when someone changed the Hollywood sign to read “Hollyweed?” That wasn't the first time it happened. The first “Hollyweeding” of the sign was done back in 1976 by a prankster celebrating the decriminalization of possession in the state.

24. California, of all places, was the first American state to ban marijuana. You could say that California and Colorado have both been way ahead of the rest of the country on the subject of marijuana: First to ban, first to arrest, and among the first to legalize.

25. Uruguay was the first country to completely legalize pot back in 2013. Short of using a pound of it to smash a store window, there's not much you can do to get arrested for weed in Uruguay.

Did we miss any cool statistics on marijuana? Of course we did. We could go on all day with this stuff. There are more awesome facts and statistics on the subject than you could fit into a phone book.

Weedmaps Vs. Leafly: Which Is Best For A Marijuana Dispensary And Business?