Are Drugs Weapons Of Mass Destruction And Is CBD A Healthier Alternative To Fenatyl?
Advertisement 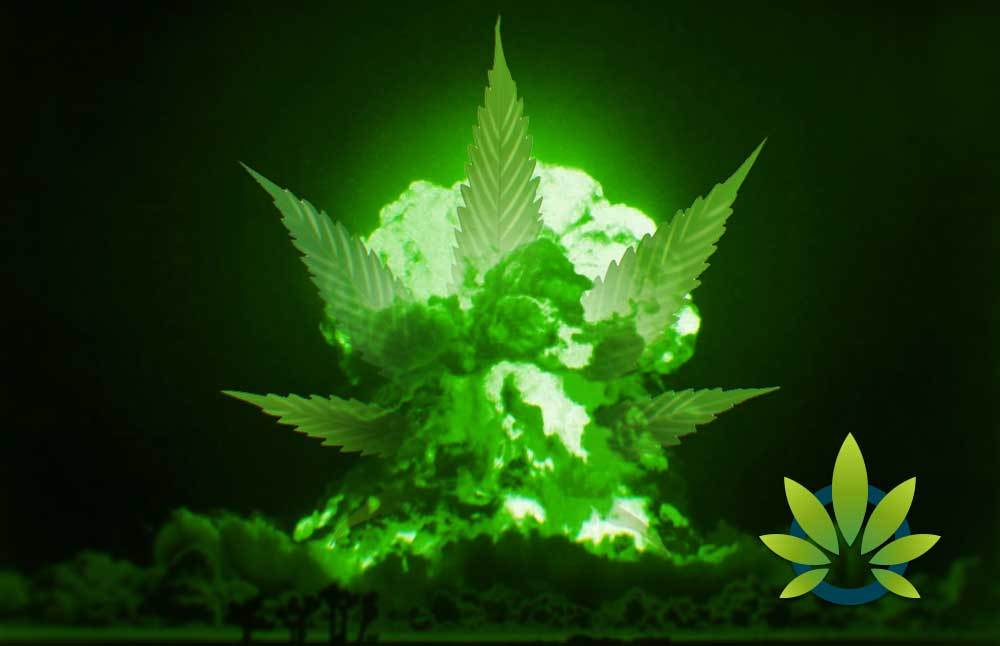 2017 was a terrible year for overdose deaths. According to the National Institute on Drug Abuse (NIH), over 72,000 (200 per day) people died from drug overdose, and at least two-thirds were related to opioid addiction. 30,000 of the deaths were related to fentanyl-laced opioids. The situation has become so serious it has caused the United States life expectancy to drop in each of the last two years.

The Deadly Impact Of Drugs

The reason some people consider drugs a weapon of mass destruction is because in 2017 drug overdoses killed:

The statistics are staggering and place an entire generation at risk. Bad batches of drugs kill large numbers of people. In 2016, Huntington, West Virginia suffered the tragic deaths of 28 people who overdosed and died in just 6 hours from heroin that was laced with fentanyl. In New Haven, Connecticut in August of 2018, over 80 people overdosed on synthetic marijuana (also known as K2 or Spice). Seventy-five of those who overdosed wound up in the hospital. In May of 2018, several residents of Hazleton, Pennsylvania overdosed on a bad batch of heroin. Two of the overdose victims died. There are many more stories of multiple overdose victims occurring all around the country. Each time you hear a report, the overdoses are due to drugs being laced with fentanyl or cut with other dangerous chemicals.

Have you heard people refer to those individuals addicted to drugs as lowlife or other derogatory terms? The truth is everyone can become a victim of drug addiction. It isn't the private venue of the poor, uneducated, or criminal element. Prince, Michael Jackson, and Tom Petty are only three of dozens of celebrities who have died from substance abuse overdose. These three talented entertainers died from fentanyl overdose. Fentanyl overdose is one of the greatest threats facing the United States, and it is growing rapidly. An accidental package of the drug breaking can kill hundreds or even thousands if it gets blown around. Anyone in the vicinity of the drug is in danger as it can be absorbed through the skin or inhaled.

This deadly drug is turning up everywhere in huge amounts. Consider the following examples:

There are numerous overdose death stories making headlines in cities all over the country. It's not hard to understand how fentanyl can be considered a weapon of mass destruction when 120 pounds can kill 126 million people.

When people are being killed en masse by drugs, it places the whole country in peril. The loss of perhaps two generations means millions will not become the teachers, members of law enforcement, health care workers, doctors, dentists, and nurses necessary to care for future generations. Make sure everyone you know and love is informed about the dangers of drugs and the potential of fentanyl to destroy millions of lives.

The current opioid overdose dilemma is mainly due to the illegal use of the substance for non-medical reasons. When used properly it can benefit users that suffer from severe pain, although tolerance to the drug may occur and the built tolerance could cause addiction.

Luckily there is an alternative painkiller, all natural, and safe from addiction or potential overdose, known as CBD. Cannabidiol or CBD is an oil extract from hemp or cannabis plant and can be presented in many forms like tinctures, capsules or topicals to relieve pain. This natural painkiller works by reducing inflammation when CBD reacts to receptors linked to our nervous system.

CBD, although extracted from cannabis and especially if extracted from hemp, is not a psychoactive drug and will not give you that “high” sensation because it doesn't contain high levels of THC. According to the IHR (International Health Regulations), hemp oil can't contain more than 0.3% THC. So what are the uses of this natural substance for pain relief?