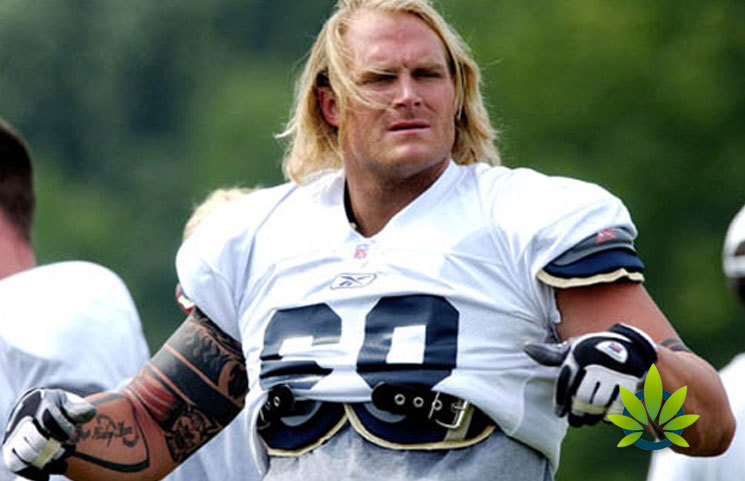 Kyle Turley began Neuro XPF four years ago. Turley has had at least 100 concussions during his time as a professional football player.

On average, a professional player in the NFL lasted for about three years. However, with the impact that CBD can make, Kyle Turley believes that the life of these careers could ultimately be longer. The former all-pro offensive tackle recently sat down with The Street to discuss Neuro XPF, Turkey’s CBD medical marijuana brand.

The brand was originally launched four years ago, starting as Neuro Armor to sell CBD. However, the Under Armor brand came after them, leading to the name change. Turley discusses the endocannabinoid system and how the body is naturally set up to use CBD, while the same cannot be said of prescription medications like Vicodin. The neurological effects seem to be the greatest appeal to Turley, as he explains his migraines and the relief he gets.

“I was experiencing vertigo constantly, migraine headaches off the charts that were spawning into the, you know, vertigo episodes, hospitalized multiple times, post football career, had seizures, all of these things. And for five years now that I've discovered cannabis, I have not had one episode of vertigo.”

Corey Leff, the interviewer, pointed out that Turley has previously said that he’s sustained over 100 concussions during his career. In asking about how he has previously dealt with the many injuries that come with working in the NFL.

Turley stated, “For 20+ years of playing football, from high school through college and NFL, I was on a regimen of pills to deal with these things. And so, obviously it starts low when you get into ibuprofen, and then you get into Vicodin, and then you get into Percocet, Lorde tabs and Darvocet and all these other things. And then it a, your nap person's your um, you know, uh, I forget a lot of the names because they're so crazy, you know, I mean every from sleep AIDS to muscle relaxers, anti-inflammatories painkillers then into post football career of dealing with psych medications.”

Speaking on one particular concussion in St. Louis, during a game that he played for the Rams, he was never even taken to a hospital, though he feels that he should’ve been. However, his wife decided to take action, ultimately bringing him to the hospital to be examined. He stated that the doctors were “alarmed” at what they found in a brain scan, but the general manager and team doctors quickly pulled him out of the hospital. Within two days, he was “back into practice.”

Tyler Skaggs is one of the examples of opioid use in the major leagues going too far, as Turley points out. Still, he eventually states that the use of cannabis is clearly an alternative option to the way that the NFL could be dealing with the pain and other damage in the body. According to the “concussion testing” of the NFL, Turley’s cognitive ability has improved as he’s used cannabis. He commented that, before his use of cannabis, he wasn’t even able to sit in front of bright lights during an interview and would’ve worn sunglasses and a hat. However, today, he has been free of opioids for five years, and is “strictly only on a cannabis regimen” that doesn’t include vitamins or other supplements.

Now, Turley thinks that there should be an opportunity to use the substance freely, but it has to come from more than just his voice. He remarked that there are people throughout the NFL that are presently using cannabis, adding that “certain coaches participated” in a pre-game use before.