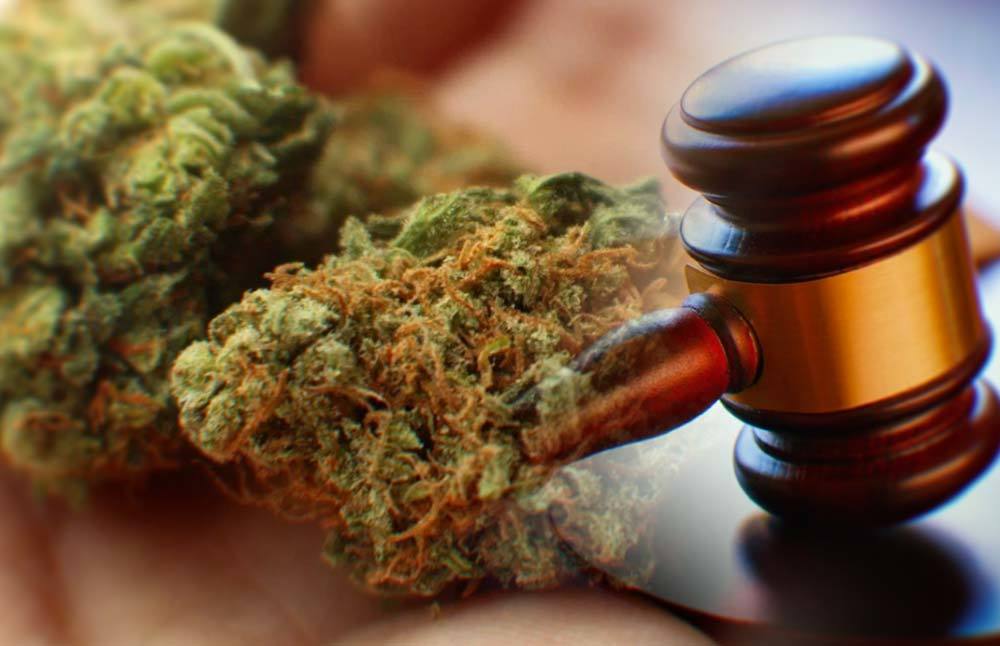 Synthetic marijuana is a lab-created chemical blend that attempts to mimic the effects of real marijuana. The DEA and FDA have been playing a cat-and-mouse game with manufacturers of the substance since it first began to appear in stores in 2008. At first, because it was a new chemical creation, it was technically legal and sold over the counter at convenience stores and gas stations, most popularly under the name “Spice” or “K2.” These particular trade names were placed on the DEA's schedule of controlled substances in 2012, along with over 20 other types of synthetic cannabinoids.

The problem is that new chemical concoctions that provide the same effect are being brewed up all the time, and may be technically legal by being different enough from the ones that are formally banned. It's also largely up to individual states and localities to keep up on their own. For example, Illinois passed a wide-reaching ban on synthetic cannabinoids, but only after the city of Chicago had passed its own similar ordinance. Most states have restrictions on only specific known substances, and there are still a handful of states that have no laws whatsoever regarding synthetic marijuana.

What's The Problem With Synthetic Marijuana?

Since marijuana is widely regarded as the least harmful of the controlled substances, and since synthetic products have been seen for sale in legitimate retail stores, some people believe these products are safe. Their trust, however, is misplaced.

The chemicals in synthetic marijuana seek to replicate the effects of the real thing by acting on the same cannabinoid receptors in the body. The first major issue is that the varieties that have been found and tested so far appear to be full agonists of these receptors. Natural marijuana is only a partial agonist. In layman's terms, the synthetic cannabinoids are overwhelming these receptors in an unnatural and unpredictable way.

The other issue concerns regulation and oversight. Producers of synthetic cannabis tend to label the CBD product as “not for human consumption” so as to avoid FDA regulation. This means that, as with most street drugs, it's virtually impossible to know exactly what substances are in it.

Scientific research is still trying to catch up with synthetic marijuana, as the first varieties of it only appeared eight years ago and the stuff sold both in stores and on the streets is constantly changing in composition.

Serious and prolonged vomiting and unpredictable psychological symptoms are not uncommon when synthetic cannabis is used. In the most serious cases, users have experienced seizures and heart attacks. Psychosis is also possible, and suicidal ideation (as seen in a 2010 case in Iowa) is what kicked off the national wave of closer scrutiny of the substance.

Given that it acts as a full agonist on the cannabinoid receptors, synthetic marijuana may also be more likely to cause addiction than the regular stuff.

Why Are People Using It?

Though the dangers of synthetic marijuana are becoming much more widely publicized, people still continue to use it in considerable numbers. Confusion over its quasi-legal status in some areas certainly contributes to its use, as well as sheer recklessness among those who are aware of the potential damage it can do. It's also marketed heavily as an alternative to regular cannabis that can't be detected on a drug test.

Some people may also be duped into using it in the belief they are getting natural marijuana, particularly if they buy it from illegal street sources. Although synthetic marijuana itself is a clear liquid, it is sometimes sprayed on a neutral plant base so it looks like regular cannabis.

Whether it is legal in a locality or not, synthetic marijuana should be avoided. It's simply too unpredictable and has demonstrated too many negative health and behavioral consequences throughout its short history.

Is CBD Oil Safe for Dogs? Know the Dangers of Cannabidiol for Pet Products