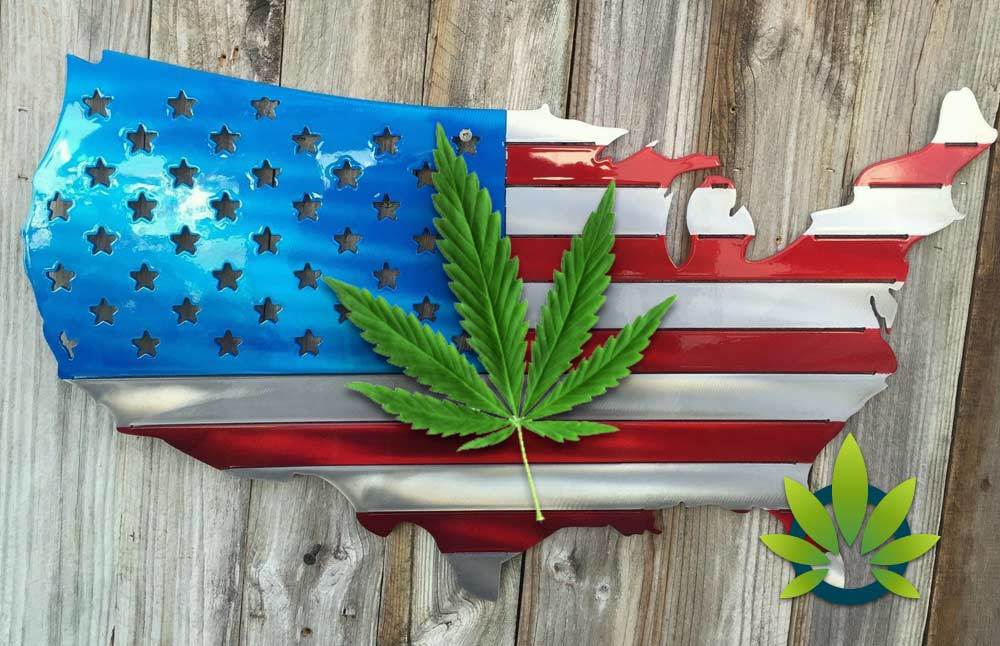 Since the release of last month's midterm election results, a total of ten new states have legalized the use of marijuana for adults. This number does not include the 33 other states that too currently allow the natural herb to be used for “personal medical reasons”.

With this data in mind, it now appears as though the total number of states that are all set to legalize cannabis use is going to shoot up in a big way in the coming year. This is not just wishful thinking, as in the recent past a large number of pro-legalization (Governor) candidates have been able to come into power and therefore push this agenda further in the senate.

In this regard, Mason Tvert, a representative for the Marijuana Policy Project, was recently quoted as saying:

“2019 could be a banner year for legalization via state legislatures. Several states across multiple regions of the country are strongly considering ending prohibition and regulating marijuana for adult use. A growing number of state lawmakers and governors are either getting behind these efforts or coming to the realization that they cannot hold them up much longer. The steady growth of public support we’ve been seeing around the country will likely translate into some major state-level victories for marijuana policy reform.”

So without any further ado, let's have a look at the list of states that will most likely legalize (or atleast will take major steps) marijuana in the coming year:

For those not in the know how, incoming Governor J.B. Pritzker (D) has time and again spoken in favour of “marijuana legalization” as well as made the naturally occuring herb a core part of his election campaign. If that wasn't enough, Pritzker also recently held a press conference in front of a medical cannabis dispensary where he openly advocated for its use.

Also worth mentioning is the fact that just a couple of weeks after coming into power, Pritzker announced that he would aggressively be pursuing legalization as and when the house came into session again.

Lastly, it is worth noting that a recent case study from the University of Illinois has shown that upon legalization, the marijuana industry would create a whopping 24,000 local jobs as well as generate more than $500 million in tax revenue for the state.

Ned Lamont (D) the Governor-elect from Connecticut was time and again quoted as saying during his campaign trail that it was high time marijuana legalization became a reality in his state.

Not only that, just a day after being appointed, Lamont went on record as saying that as soon as he joins office, one of his core”priorities” for 2019 would be to push the matter within the state legislature.

Even outgoing Gov. Dannel Malloy (D) has said that by passing a pro-marijuana bill, the state of Connecticut would be able draw a lot of “additional revenue”.

Gov. Tim Walz (D), who is all set to take over from his predecessor (Mark Dayton) has pledged that he will actively pursue the path of cannabis legalization as soon as he enters office.

In this regard, during a recent interview, Walz was quoted as saying:

“[I will] replace the current failed policy with one that creates tax revenue, grows jobs, builds opportunities for Minnesotans, protects Minnesota kids, and trusts adults to make personal decisions based on their personal freedoms.”

It is also worth mentioning that Walz has in the past “championed many marijuana related issues” even when he was just a member of the U.S. House. This has been demonstrated by the fact that he authored the first-ever standalone cannabis bill to be passed by a congressional committee.

Ever since it was announced that Michelle L. Grisham had become the Governor of New Mexico, the statewide sentiment in regards to ”marijuana legalization” became quite positive. This is because, during a recent debate, Grisham was quoted as saying that by decriminalizing this burgeoning industry “hundreds of millions of dollars would be brought in as revenue to the state’s economy.”

Phil Murphy (D), who has been in office for the past year has previously advocated (even campaigned) openly for the legalization of marijuana. Since coming into power, he has been actively calling for his peers to end the “cannabis prohibition” in his state that has been in effect for a long time.

And even though Murphy has locked horns with many of his contemporaries in regards to tax rates and regulatory structures surrounding marijuana, it appears as though a pro-cannabis bill is already on its way to his desk for approval.

Even though many people have been expecting a pro-cannabis bill to be passed within the state of New York for the past couple of years, Gov. Andrew Cuomo recently said that it was about time that marijuana be ”legalized for adult recreational use.” In this regard, Cuomo has already established a task force whose primary goal is to draft a cannabis legislation bill that will be tabled in front of the senate in 2019.

Cuomo is not the only one supporting cannabis use within NY, as in the recent past, one-time opponent Bill de Blasio has also come forth and spoken openly about the positive effects of marijuana legalization on the state’s economy.

Even though in the past Gov. Gina Raimondo has been careful about legalizing cannabis, over the past 12 months or so her stance towards marijuana use seems to have softened drastically. In this regard, she was recently quoted as saying:

“I'm not sure at this point it is practical to say we’re not going to legalize and regulate,”

Similarly, house Speaker Nicholas Mattiello (D), who too in the past has not been pro legalization was recently interviewed on the matter. Surprisingly enough, he too seems to have changed his tune on the matter quite a bit.

“I am mindful that Massachusetts has legalized it, I believe Connecticut is going to legalize it. I think we’re probably going to end up with more social costs without the revenues and that would probably be the worst situation of all.”

While possession of small amounts of marijuana has been legal in the state since last year, the local government still prohibits any commercial production and sales of cannabis. As a result of this, Vermont has not been a beneficiary of any recreational cannabis tax revenue— which when aggregated amounts to a lot of money.

In this regard, it is now being widely speculated that Gov. Phil Scott will most likely sign a pro-cannabis bill sometime during 2019.

In closing, it is worth mentioning that Kansas Gov. Laura Kelly (D) has recently expressed her support for medical cannabis— thereby echoing the sentiments of her neighbour states, Missouri and Oklahoma, who too have been allowing patients to use the herb for medical purposes (albeit with an official doctor’s prescription).

Other states where lawmakers are seriously considering making marijuana use legal include Wisconsin, Pennsylvania and Texas. With that out there, it now remains to be seen what the future holds for this blossoming industry.