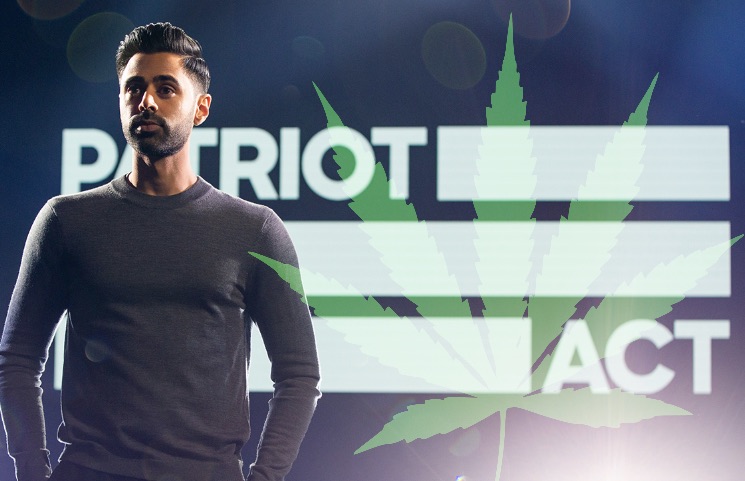 American comedian, writer, producer and popularly known political commentator, Hasan Minhaj recently took to his Netflix show, “Patriot Act with Hasan Minhaj,” to provide a complete picture of the cannabis space in America. As reported by High Times, Minhaj openly discussed how the industry prevents growth for small businesses and people of color, while flooding the riches’ pockets! Some of the arguments he made entail ownership, regulations and social equity programs.

Minhaj took to his platform to share the gap in representation within the cannabis space. Particularly, he argued that people of color are rarely owners of cannabis businesses. One might wonder exactly what point he was getting at by mentioning this, but as it turns out this among other factors shape legalization in America.

From what he’s gathered, legalization only supports established corporations led by white men and an example he shared is that of board member and former CEO of MedMen, Adam Bierman. Minhaj pokes fun at Bierman for having related himself to characters of Eminem’s 8 Mile movie in the past, to which the host said,

“You’re not 8 Mile. You’re f**king Ladybird. And if I have to stand here and listen to you pretend to be from Detroit any longer, I’m going to go chug a gallon of their water.”

Small Corps are Inferior to Large Corps: Can’t Afford it to Run it All? Too Bad, You’re Out!

When it comes to cannabis-related regulations, he deems that the country’s way of allocating cannabis business licences and their required feature of “vertical integration,” only favors large corporations. He was referenced stating:

“States are building systems that are good for weed companies and bad for almost everyone else.”

Who might everyone else be? The first of the bunch are small farmers. According to his research, cannabis licenses were once limited to operations up to one acre, which helped to secure some spots for small farmers. However, this changed as larger companies petitioned the cause and as a result, the latter were able to collect several licenses, while the former was left in their shadows.

Then comes vertical integration, where companies are expected to also own their supply chain. Such a demand cannot be fulfilled by small businesses given their size and funding. This requirement has heavily impacted Florida’s cannabis market for example, as up to 5 large corporations alone account for 65% of the market. Simply put,

“This isn’t just capitalism and the invisible hand, this is a demented thumb saying, ‘if you can’t afford to do every single step, you can’t even play the game. You’re either flushed with cash or you’re out.”

Racial Tensions Remain as is, “War on Drugs Never Ended”

Straying away from the cannabis sector as a business, Minhaj discusses societal implications. In particular, he makes the argument that people of different race consume cannabis, but it is “black people [that] are almost four times more likely to get arrested.”

As a result, social equity programs have risen but its success is quite questionable. According to High Times, since then the only black-owned cannabis retailer is Pure Oasis in Boston. How is it that a program designed to include different races in the industry still continues to fall behind!? As per co-owner of Pure Oasis, Kevin Hart, it has always been about racial and economic disparities. He questions the entirety of legalization if the whole point is to support the 1% and disregard the existence of the remaining 99%.