Marijuana Legislation Will Be Discussed with Governors of New York, Connecticut, and New Jersey
Advertisement 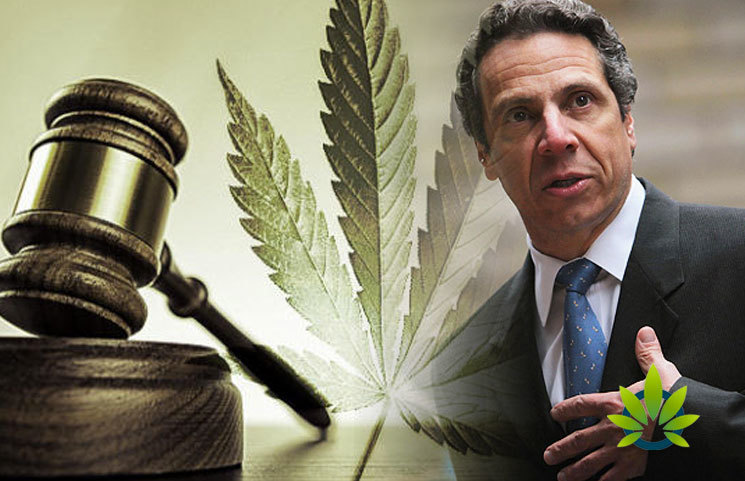 The federal government may be dragging its feet in the implementation of marijuana legalization laws, but the states have taken a more expedient approach. In an effort to create more uniformity between states, New York Gov. Andrew Cuomo (D) announced that he would be meeting with the governors in Connecticut and New Jersey. During these meetings, Cuomo hopes that the three states will be able to create some consistency between their marijuana programs as legalization progresses.

During an interview with Long Island News Radio, Cuomo stated that he would be speaking with each of the states “about having a regional symmetry on vaping products and marijuana.” He added that it doesn’t make sense for one state to impose a law when the state attached has a completely different policy. In doing so, the governor stated that the differences “just incentivize people to drive over the border and buy it there.”

He added that if consumers were travelling in an effort to secure products that they couldn’t within their own state, they may be consuming cannabis while driving. While New York is set to legalize recreational use of marijuana, the only way that Cuomo sees this legalization being safely implemented is by starting with Connecticut. By having synchronicity between the states, Cuomo believes that the risk of driving under the influence is lessened.

During the interview, Cuomo also touched on the subject of vaping, commenting that there need to be regulations that can help curb consumption by teenagers and adolescents. He compared the implementation of these regulations could be similar to marijuana’s regulations, stating that cannabis gummy bears and similar fruity products could be banned like flavored cigarettes are set to be.

Consumers can listen to the interview here: https://soundcloud.com/nygovcuomo/governor-cuomo-announces-trip-to-connecticut

Last week, the governor implied that there could soon be a ban on smoking marijuana when the administration legalized the substance. Cuomo had previously backed legislation enacted in 2014 for the medical cannabis program. However, if other states choose to implement policies that don’t ban smoking marijuana, there’s a chance that New Yorkers will simply go to those states to do so, which has been a concern of Cuomo already. This issue will likely be part of the discussion with Governors Ned Lamont and Phil Murphy. Lamont and Murphy previously met last month to discuss legalization plans sans Cuomo.

Cuomo stated that legalization of marijuana will become a priority for the administrative sector. Legislation that expanded on decriminalization was signed by the governor in July, making it possible for prior cannabis convictions to be expunged from the records of individuals charged with such crimes.