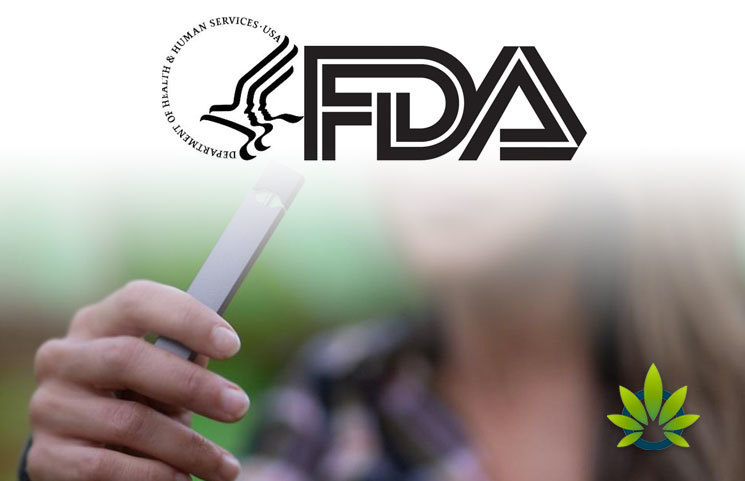 The Trump administration will look to prohibit all non-tobacco flavoured vaping products following a pandemic of serious lung disease that may have resulted from using e-cigarettes or vaping.

The secretary of Health and Human Services, Alex Azar said the FDA will impose a ban on all e-cigarette flavours except for tobacco flavor, which can still be sold. The Centers for Disease Control and Prevention (CDC) kick-started an investigation in August after more than 150 individuals were hospitalized with vaping-related lung disorders.

The bureau has alerted the public to abstain from e-cigarettes or other common vaping products that work by heating liquids containing Tetrahydrocannabinol (THC) and cannabidiol (CBD) oils. Said the focus should be on preventing children from vaping, getting counterfeits off the market, and not using add-on substances without the approval of the manufacturer.

This ban will also promote laws that target to abolish fraudulent marketing practices of e-cigarettes to underage users and escalate the purchasing age of e-cigarettes from 18 to 21-years-old.

According to the latest data released by the CDC, 530 cases were reported in 38 states and 1 US territory in total, as of September 23. Most of the victims admitted to a hospital have revealed akin symptoms, including coughing, shortness of breath and fatigue that worsened over time.

CDC website says, “there is no conclusive evidence that an infectious disease is causing the illnesses.”

The departments of health of all states are confirming vaping-related respiratory disorders only if other possibilities are excluded and they can affirm probable cause after thorough medical examination.

150 samples are currently under testing for various substances, both legal and illegal, by the FDA. The tests have so far revealed that the oils used were extracted from vitamin E acetate.

The Marijuana experts say that the THC or CBD oils that are sold illegally in the black market contain harmful thickening additives to dilute the fluid. Conventionally, vitamin E is innocuous and considered good for the skin but it is vicious when inhaled. Experts say that respiratory symptoms experienced by the patients may be caused by vitamin E.

Lawmakers From New Hampshire Overturned a Veto For Medical Cannabis

Marijuana Legislation Will Be Discussed with Governors of New York, Connecticut, and New Jersey