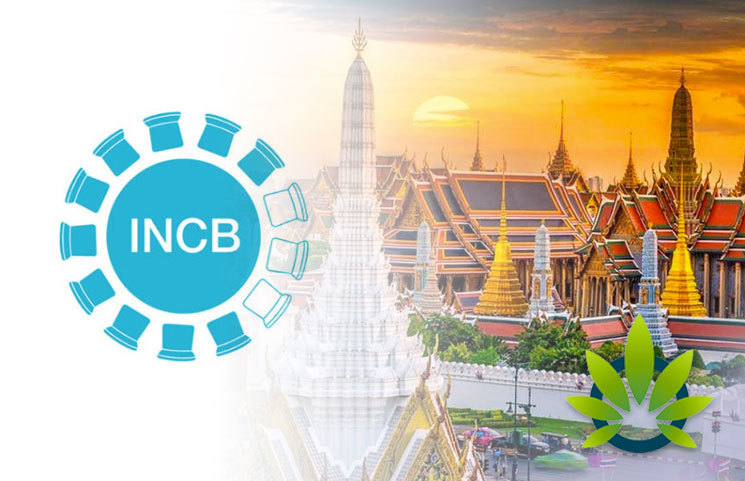 Countries around the world are working to determine the best way to regulate cannabis within their country, both from a medical and recreational standpoint. Thailand has taken a liberal approach and has even brought the substance into hospitals. However, the International Narcotics Control Board is “deeply concerned” with this path.

Cannabis cultivation and the various strains have a lengthy history in Thailand, and these strains have even been considered some of the finest cannabis in the world. However, Thailand has been the home to very strict laws against marijuana, resulting in life sentences for individuals that are bold enough to traffic it.

Everything changed in December last year, when a televised parliamentary session resulted in the formal legalization of cannabis. The legalization was specifically regarding medicinal and research purposes, but the government called the action a “New Year’s gift” for the people, and they approved a production facility to be run by the state and developed near Bangkok.

The facility managed to yield its first 10,000 cannabis oil bottles after the first crop was completed, which is meant to go towards qualifying patients. The oil was dispersed to a total of 12 hospitals in Thailand, from which 4,000 patients received treatment. Even though the military has a powerful role over the newly civilian government, domestic cultivation is a priority, and there are already plans to increase production.

Unfortunately, these efforts have caused INCB – a quasi-judicial expert body established by the Single Convention on Narcotic Drugs of 1961 that runs independently – to take note. The body has 13 members in total, and 10 of those members have been nominated by governments around the world. The other three members were nominated by the World Health Organization.

Speaking with the Bangkok Post, Viroj said, “Before the government proceeds with any drug policy, it is strongly recommended that it examines these agreements.” Thailand is also required to report the location of the cannabis cultivation and estimates of the consumption that the government is expecting, if the country is to follow the regulations. If the international conventions are not applied, Thailand could be blocked from importing some types of medicines.

The legal cannabis trade in Thailand is primarily driven by Deputy Prime Minster and Public Health Minister Anutin Charnvirakul. After meeting with executives of the cannabis industry in the US, Israel, and Europe, he stated that the foreign businesses around the world will not be able to own any cannabis cultivation facilities in Thailand for at least five years. This delay is meant to support domestic companies as they grow in the local cannabis industry.