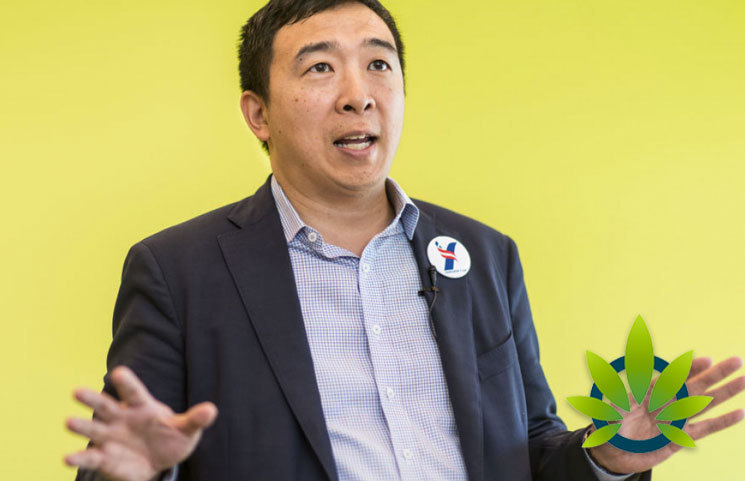 Andrew Yang is an entrepreneur-turned-presidential-candidate, even though he has never held a public office. However, when it comes to the controversial topic of cannabis legalization, Yang has clearly stated repeatedly that he is in favor of legalization. Since he announced his candidacy in November 2017, he has made multiple statements on potential drug policy reforms, as well as the decriminalization of opioid possession and waivers for veterans to access medical cannabis.

Overall, since Yang has no policy accomplishments, he makes up for it in the nonprofit work that he’s done as a philanthropist, working to develop job opportunities for struggle communities. Ending the prohibition would create many more jobs, and he believes that the criminalization of this substance ultimately “does more harm than good.” If elected, Yang aims to “pardon those in prison for non-violent marijuana-related offenses.”

It’s time to legalize marijuana https://t.co/0Uhl17MW98 it’s already legal in 9 states and criminalizing it does more harm than good. I’d pardon those in prison for non-violent marijuana-related offenses.

The legalization of marijuana at a federal level provides an opportunity for the government to bring in billions of dollars in revenue, if the successful legalization in multiple states is any indication.

Marijuana is already legal in most states for medical use and in many for recreation. It's time to end the ambiguity and legalize it at the federal level. This would improve safety, social equity, and generate billions of dollars in new revenue based on legal cannabis businesses. pic.twitter.com/NQkhcEZd1L

Yang has made strong statements in favor of cannabis, adding that criminalizing it at all is “stupid and racist,” especially considering how many states have implemented regulations that legalize it. As he progresses through his bid for the Democratic presidential nomination, he is striving for “full legalization.”

With the mixed opinions on legalization throughout the country, this stance could be one of his positions that ultimately determines if he is a responsible enough candidate for the American people to elect.