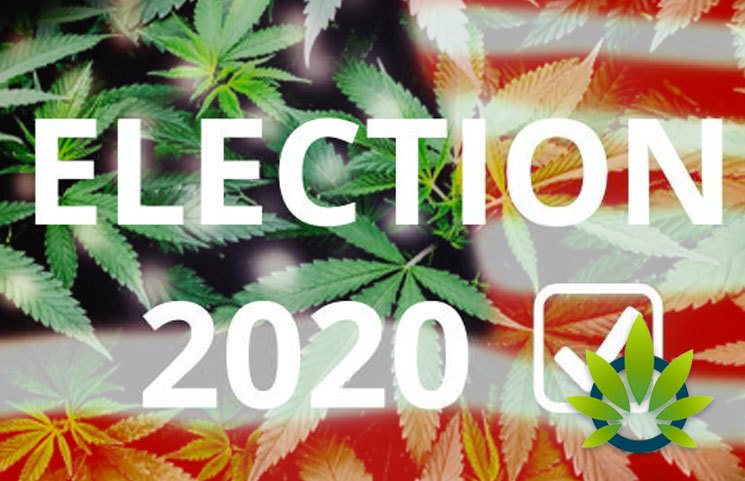 The cannabis debate is beginning to shape the 2020 Presidential Election. Historically, the public’s opinion on cannabis has been prevalent in each election, and next year’s will be no different. When Bill Clinton was running for president in 1992, he discussed trying marijuana in England and not liking it. Barack Obama commented in 2006 on trying marijuana and now in 2020, several presidential candidates have made cannabis part of their platforms. Many believe that cannabis has emerged as a presidential debate as the political landscape and public opinion have changed so much in the past few years.

More than twenty candidates are seeking the Democratic nomination and among them is Amanda Ostrowitz, the CEO and founder of CannaRegs. Some say it is still too early to tell, but after the primaries we will know who is dedicated to make cannabis reform a pillar of their campaign. It is very likely that the Democratic nomination will have a positive take on cannabis. That could mean anywhere from the decriminalization of marijuana all the way to federal legalization. Some still argue that legalization should remain at the state level. Current president, Donald Trump, has not advocated for cannabis policy but it appears that he will sign the States Act if it goes to Congress. Political analysts believe that if Trump is re-elected, he might actively support cannabis regulations and policies.

What remains evident is that candidates with a stance on cannabis policy could receive significant funding as well as votes. Although the cannabis industry may not have as much money to play with as other industries, the cannabis community is still likely to back a candidate with similar ideals. The cannabis industry would be in support of almost any candidate with a progressive view on cannabis and may choose to invest in that candidate to benefit the industry. Ostrowitz of CannaRegs recommends keeping a close eye on the CBD market for indications as to how things may progress. She stated that what happens to the CBD market will be indicative of what will happen in terms of legalization. This is quite probable, and the election will be equally as important to watch as the cannabis debate is sure to heat up.