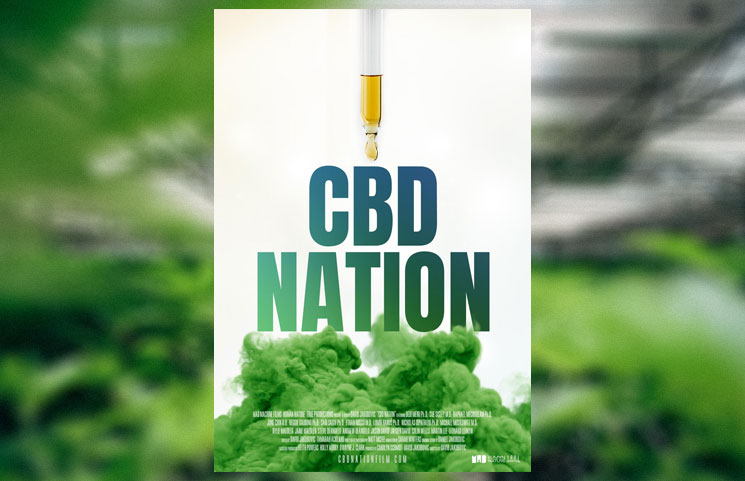 The CBD industry is incredibly young, only having been made officially legal by the federal government in the last few years. Unfortunately, the public knows very little about this compound, considering that most of the information comes from biased news articles and word of mouth. As a recent article from Forbes explains, CBD has never been explained to the public in a comprehensive on-screen story, but CBD Nation changes that.

While CBD Nation has yet to be released, the documentary aims to get to the roots of what makes this compound so impressive. This wide-release film will feature many of the leading experts in both cannabis and medicine through its 83 minute exploration. Raphael Mechoulam, the scientists from Israel that discovered the presence of THC is one of the many experts used to help unveil six decades of published but ignored works regarding cannabis. Mechoulam’s role in showing the therapeutic benefits of CBD for different medical conditions makes him an ideal expert to showcase this meaningful information, helping the public to understand CBD better.

Though director/producer/editor David Jakubovic was initially cynical about the impact that CBD can offer to the public, the deep dive into the industry led him to become more of an advocate. Jakubovic originally started as a creator of training films for the Israeli Air Force during his military service at 18. His work now is much broader, including work for both the History Channel and National Geographic, focusing on the world’s political history.

The Mad Machine Films creative director remarked that he had originally decided against creating a documentary that highlighted the medical use of cannabis. He believed that CBD was no more than “an overblown fad,” having no interest in spending a whole year of his life around cannabis users (despite partaking in the plant himself in his early 20s).

All of those opinions started to change after watching Dr. Dedi Meiri’s TED Talk. This biologist is responsible for running a cannabis lab in Israel that has become the world’s leader in the sector, inspiring Jakubovic to travel to the country to start shooting the documentary in 2018. Throughout the film, viewers will see interviews with over 30 different people in both the United States and Canada, including patients, scientists, doctors, and more. With this insight into the healing and therapeutic benefits of cannabis, Jakubovic hopes for acceptance of the plant to be used in medicine more commonly.

Rylie Maedler is one of the personal stories that viewers will get to unravel during CBD Nation, as the 14-year old describes her experience with a rare disease that caused her facial bones to be eaten by tumors. Diagnosed at age 7, she is the only person to experience bone regeneration with this degenerative disease in the world.

Maedler commented, “I hope that doctors, educators, and politicians see this film,” explaining that her life is “proof” that cannabis can be effective in medicine. Her advocacy and life eventually led to the passing of a new Delaware law called Rylie’s Law, which allows children with certain medical conditions to have access to cannabis.

Forbes unraveled ten of the “most powerful” pieces of CBD Nation in their recent article, even though the documentary won’t be available to view until August 25th on Amazon, iTunes, and VOD. For Jakubovic, one of his biggest realizations has been that cannabis is not the gateway drug that consumers believe it to be. Instead, he says that it is “actually an exit drug from pharmaceuticals and narcotics.”

Some of the other revelations revealed to consumers include:

Every land-based organism has some version of an endocannabinoid system, which balances other systems in the body. (Dr. Reggie Gaudino of Front Range Biosciences)

Many conditions can be treated with cannabis, including certain kinds of epilepsy in children. (Raphael Mechoulam, Ph.D. of the Hebrew University of Jerusalem)

The endocannabinoid system impacts every physiological process in the body, and cannabis triggers the relief of both pain and inflammation. (Dr. June Chin, an osteopathic physician)

The National Institute published a 250-page report on Drug Abuse in the 1970s that explained the therapeutic benefits of cannabis, which included benefits like fighting depression, reducing nausea, treating glaucoma, and reducing pain. (David Jakubovic, the producer and director of this documentary)

Though many federal reports have come out on the use of cannabis for issues like multiple sclerosis, depression, and diabetes, the current policies of the government may not adequately depict the truth about this substance. (Martin A. Lee, director of Project CBD and author of Smoke Signals)

President Nixon established the Shafer Commission, which stated that there had been no deaths resulting from the use or consumption of marijuana. This organization also reported that the majority of users perform the same or better socially, academically, and in their jobs as non-users. (David Jakubovic, the producer and director of this documentary)

Though many cannabis growers used to be the people who wanted to “get high,” this resulted in the CBD being bred out of cannabis. (Leonard Leinow, a grower and breeder of cannabis)

Steep Hill was developed as a way to test out cannabis for Harborside, as researchers refused to test it themselves at the risk of being pursued by the federal government. The company was launched to educate the world about the benefits of cannabis. (Steve DeAngelo, the co-founder of Harborside and Steel Hill)

Medical school students have been led to believe that supporters of cannabis are no more than “drug-seeking stoners,” but learning more about the plant’s safety and application has led some medical practitioners to prescribe it more. (Dr. Sue Sisley, a specialist in internal medicine)

To see everything that Jakubovic has researched and compiled, take a seat on August 25th to view CBD Nation on one of the aforementioned streaming apps.

Cannabis has been a controversial topic for decades, leading many people to believe that this plant is no more than a way for individuals to be reckless and lazy. However, this idea has been debunked by researchers time and time again. Now, with CBD Nation, one documentarian can help the public to erase their former idea of what cannabis can be, showcasing all the ways that it can help.