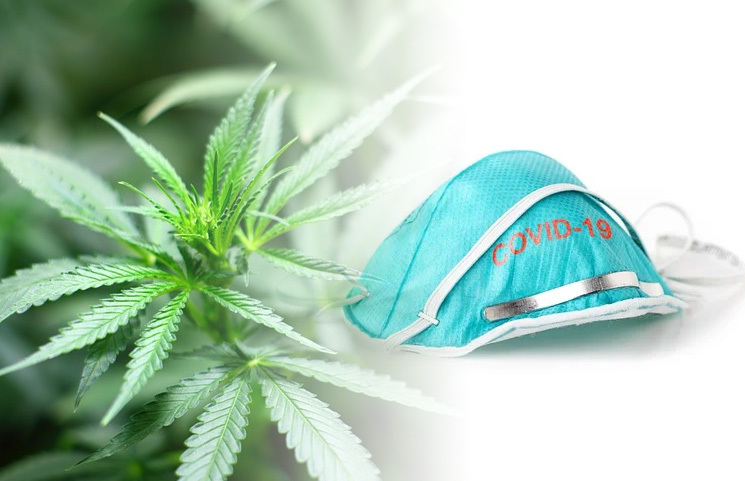 Cannabis was already legalized for recreational use in about a dozen states, and more people than ever before are taking advantage of its status, but why? In a survey conducted by RedSky Strategy, researchers decided to get an inside look at the way that the spread of the coronavirus pandemic has impacted cannabis sales and use. With the information collected from March 30th to April 16th, Oasis Intelligence analyzed the data collected from over 720 adults. They found some interesting information, specifically regarding the parents who are enduring a lengthy quarantine with their own children.

When this survey discovered that the most extreme changes were involving parental use of this helpful bud, is it too surprising? The use of cannabis has been directly associated with pain relief, soothing anxiety, appetite improvements, and even better sleep. Since many parents are engaged in the overwhelming process of e-learning, stress is at an all-time high, which causes (you guessed it!) anxiety, difficulty sleeping, and even changes in appetite. Still, let’s look at what results from the survey found to fully understand the impact these 420-friendly parents have made in recent weeks.

The study asked participants to consider their mental and physical health during the timeframe and to honestly state their own consumption and purchasing of cannabis. According to the data, a total of 14% of parents who were home with their children were partaking in some kind of cannabis, while only 8% of adults without kids at home did the same.

Of the mothers who responded to this survey, there were 16% who stated that they used cannabis, while 11% of fathers said the same. Men were not nearly as active in their cannabis habits without children, considering only 7% of this group stated that they were partaking in some way. A survey by the Canadian government discovered that men were actually more likely to use cannabis than women, so the change since the quarantine is even more drastic than the public might realize.

Have dads been telling their children to go ask their mother more often, or are they just more adjusted to this level of chaos? A little more insight on this change in use might come from the 2019 Oasis Intelligence Tracking Study, which stated that medical and wellness reasons accounted for 85% of use, as opposed to recreational. While 40% cited anxiety and stress for its use, another 30% stated that it was helpful for sleeping. A whopping 28% stated that depression was the reason.

There have yet to be more trying times since the start of marijuana legalization than the pandemic presently in the world. Using cannabis as a method to cope with all of these issues combined could easily be the trigger since California-based Goldenseed discovered in their own survey that over 73% of the current users found just that. Scott Goldie, the co-founder, and CEO of this cannabis company commented that he found it,

“interesting to see so many users turning to the anxiety-relieving properties of cannabis during this unprecedented and uncertain time where so many people’s lives have been seriously disrupted.”

In his press release, he added that the increased cannabis use was due to the hopes that using cannabis would help to relieve the “stress and anxiety” of all of the changes they are experiencing.

The co-founders of Oasis, Laura Albers, and Ben Woo spoke with The French Toast recently, stating that the “dramatic” transition of going from parents to their child’s entire source of education has clearly created a need for a coping mechanism. The pandemic has demanded more of parents than what anyone has anticipated, but the lack of other ways to eliminate the stress puts parents in a tight spot. While there are parents that have been steadfast in turning their nose at a fresh bud of Kush, the survey by Oasis actually found that users were able to keep a more positive outlook. They even reported feeling more hopeful than the 20% of respondents who haven’t taken a single toke through this whole situation.

Woo wasn’t even a little surprised that parental use has gone up, saying that their particular demographic in the industry “was likely on the rise.” Parenting is already difficult with the balancing act of working, caregiving, and even entertaining, and there’s no shame in feeling as though adding one more job to balance educating, is overwhelming. Even though the demographic was clearly always part of the takeover of the cannabis industry, perhaps a pandemic was the last straw.

Next time Mom or Dad needs to take a moment after a particularly intense study session or their 300th viewing of the latest animated film that their child fell in love with, cut them a little slack. Maybe this is their moment to ease off the pressure of missing the good ol’ days – waving to their kids as they jump on the school bus so they can finish a warm cup of coffee. For once.