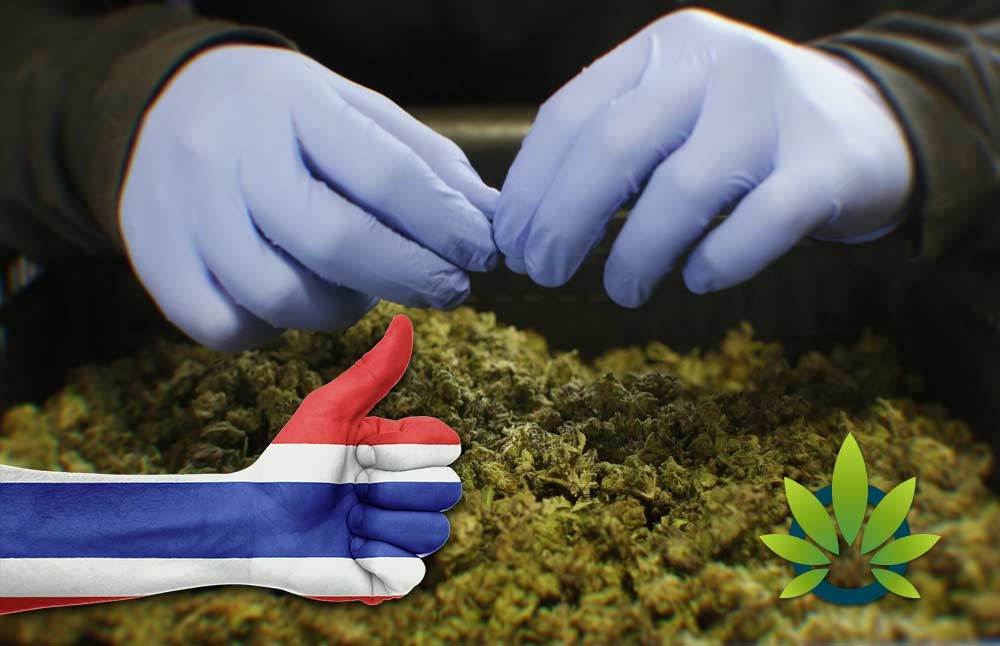 A recent vote on the legalization of medical marijuana had no opposers in Thailand. After the results showed 166-0 in favor of this legalization, Thailand’s National Legislative Assembly (NLA) stated that the use of medical marijuana was now approve, using both cannabis and kratom plants. These drugs are still considered schedule 5 drugs, which means illegal possession would result in a death sentence. However, the approved use by a physician is now an option.

With this new amendment, the National Narcotics Control Committee gained eight new members. The new law, which is referred to as the Narcotics Act, will officially become the law in about four months when the Royal Thai Government Gazette publishes it. The general rule in Thailand is that the new laws approved by the government are not actually in effect until this publication.

The approval occurred on Christmas Day, and the public hearings showed an overwhelming number of citizens in favor of the approval. The chairman of the drafting committee, Somchai Sawangkarn, commented, “This is a New Year’s gift from the National Legislative Assembly to the government and the Thai people.” Much like the policies in the United States, marijuana used to be purchased via apothecaries as a method of pain relief and soothing fatigue in Thailand. However, this use ended when the prohibition happened in the 1930s.

Kratom is a tropical evergreen tree that is related to the coffee plant, and it is native to Thailand, Indonesia, Malaysia, Myanmar, and Papua New Guinea. Much like marijuana, it was used in traditional medicines since the 19th century or so, but it has the same classification as a result of the prohibition as well.

Presently, the recreational use of cannabis is still a crime. Other than the Saudi Arabian kingdom, South East Asia has some of the strictest laws on this use, and most countries have deemed it punishable by death. Anyone who is caught trafficking marijuana within Singapore, Indonesia, and Malaysia are also subjected to the same death penalty. However, the transport or production of marijuana can be punished by up to 15 years of imprisonment and up to 1.5 million baht (about $46,000). Medical marijuana legalization is in the works for Malaysia, though it is still being discussed.

With this legalization comes other changes, like the accusation that the Thai Intellectual Property Department has been participating in corruption. This accusation is a result of ignoring the local orders and has been processing cannabis patents that were not eligible to Big Pharma. Ultimately, this leads local researchers to a significant disadvantage.

“The IP is intentionally ignoring its legal duty in order to benefit transnational pharmaceutical conglomerates by accepting ineligible cannabinoid medicine patent registration applications for consideration.” The allegations continue that “in the process, (of receiving patent applications) the department has potentially sabotaged Thai medical research and development based on cannabis.”

Allegedly, Free Trade Agreement Watch, which is a group of activists from multiple organizations, was the leading force for “medical access campaigners” to demand that “the IP department disclose all information related to every cannabinoid drug patent application it has received.” This same group allegedly demanded that the department “immediately freeze all cannabinoid drug patent applications, which violate intellectual property law.”

Dean Panthep Puapongpan, who works at the Rangsit Institute of Integrative Medicine and Anti-Ageing, said, “we’re going to demand that the government revoke all these requests before the law takes effect.”

“We are strongly opposed to patent registration of medical cannabis because Thai people have learnt [sic] to use cannabis in many traditional Thai medicines for hundreds of years. Everyone should have the right to equal access to cannabis for medical treatment.”

In the legislation, the bill notes the substantial benefits that the extract from marijuana shows in medicine. It adds that this knowledge has created an urgency for “many countries around the world to ease their laws by enacting legal amendments to allow their citizens to legally use kratom and marijuana for medicinal or recreational purposes,” according to a Reuters report.

Even though marijuana is classified as an illegal substance already, there are many citizens that use it medicinally anyway. The passing of this bill will ensure that any activity related to medical marijuana – production, import, export, possession, and use – will see restrictions lifted. However, the entities that handle the plants require licensing first, and the patients will only be able to treat themselves with a current prescription for medical marijuana.

Currently, there is no information on the suppliers of medical marijuana and kratom.

New CBD Outlook: “Endocannabinoids, Exercise, Pain And A Path To Health With Aging” By Bruce A. Watkins