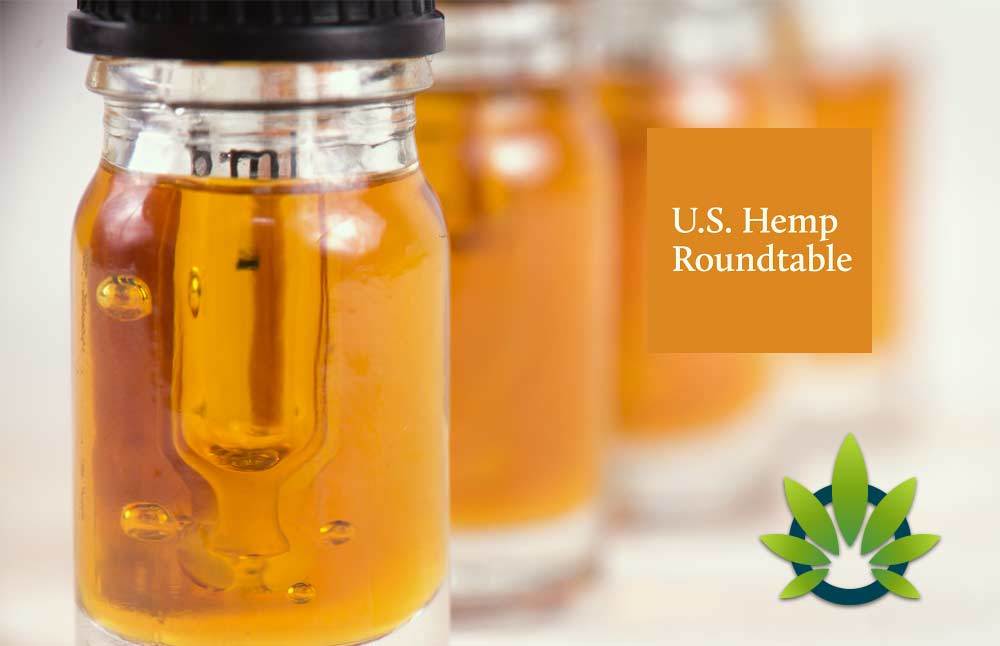 What Is U.S. Hemp Roundtable?

The organization can be found online at HempSupporter.com, where you can also read basic information about the organization, its goals, and its accomplishments.

One of the key goals of U.S. Hemp Roundtable is to convince Americans that hemp farming is good for America. Legal, industrial hemp farming can revitalize entire regions of the United States. Kentucky, for example, is one of the country’s best hemp-growing regions. Without full commercial legalization of hemp, however, farmers in Kentucky struggle to enjoy the economic benefits.

U.S. Hemp Roundtable is also known for its Hemp Industries Association (HIA), which has 800+ stakeholders across the country. Many of the country’s largest hemp and CBD producers are part of the association.

What Does U.S. Hemp Roundtable Do?

One of the major milestones in the battle for legal hemp occurred a few years ago when the U.S. Congress and more than 40 state legislatures permitted hemp cultivation as part of a research pilot program. U.S. Hemp Roundtable describes this program as “an unqualified success” that has created thousands of jobs across the country.

“Thanks to Hemp Supporters like you, this successful experiment is now becoming a permanent reality. Together, citizens from across government, the agricultural industry, U.S. manufacturers, the small business community, and beyond, secured the passage of legislation that established hemp as an agricultural commodity, removing it completely and permanently from the purview of the Controlled Substances Act.”

Today, hemp has been removed from the Controlled Substances Act. As long as your cannabis crop has a THC content below 0.3%, it will be considered hemp – an agricultural crop – not marijuana – a schedule I drug.

So what’s the next step for U.S. Hemp Roundtable? The next step is to take the battle to individual states. Here’s how the organization describes its current mission:

“…there’s more work to do. We are now taking our battle to states that have not yet joined the cause, and to federal and local agencies that may try to over-regulate. Join our movement to permanently legalize hemp. Sign up as a Hemp Supporter. Because Hemp Supports America.”

Today, you can pledge to support the hemp industry by signing up on HempSupporter.com as a “Hemp Supporter”.

U.S. Hemp Roundtable Educates Americans On The Benefits Of Hemp

Hemp Is Not Marijuana

“While they come from the same plant species, hemp has no – or just trace amounts – of THC, the intoxicating chemical in marijuana,” explains the official industry organization website. As mentioned above, the 2018 Farm Bill classifies hemp as any cannabis plant with 0.3% THC content or less.

The U.S. Hemp Roundtable website reminds Americans that hemp was “a leading cash crop grown by many of our nation’s founders.” That cash crop played a crucial role in both World Wars. Hemp farming, however, was made illegal in the 20th century due to fears of marijuana. Although hemp production has been illegal, hemp importation has not been illegal. This has led to many other nations enjoying the economic benefits of hemp production while U.S. farmers miss out on the cash crop. “We believe those jobs and economic opportunity belong in the U.S.,” explains the U.S. Hemp Roundtable website.

U.S. Hemp Roundtable claims American farmers “are pleading” to legalize hemp. Pilot programs have helped fuel the domestic help industry, although full legalization of hemp wasn’t a reality until the passage of the 2018 Farm Bill. U.S. Hemp Roundtable mentions that groups like the American Farm Bureau Federation and the National Farmers Union were calling for hemp to be legalized in the 2018 Farm Bill.

The 2018 Farm Bill included provisions allowing a pilot program for hemp production. That pilot program, according to U.S. Hemp Roundtable, led to the creation of thousands of jobs as well as a thriving national market for multiple types of hemp products – including clothes, personal care items, animal feed, foods, nutritional supplements, and more. Now that the 2018 Farm Bill is signed, we may witness greater economic benefits over the coming years. U.S. Hemp Roundtable claims experts are predicting a multi-billion dollar hemp industry in the United States by 2020.

Today, a number of American hemp and CBD producers have joined U.S. Hemp Roundtable or its Hemp Industries Association (HIA). It’s a sign they’re committed to pushing the industry forward.

GenCanna, a vertically-integrated CBD and hemp producer, is also a member. GenCanna is known for its Production Platform that ensures a reliable, compliant bulk source of hemp-derived CBD oils, isolates, and other finished goods.

Charlotte’s Web, the Colorado-based CBD manufacturer known for its high-quality CBD supplements, is also a member of U.S. Hemp Roundtable, as are Ananda Hemp, CV Sciences, Elixinol Global, and others.