Thailand Is Preparing to Deliver 10,000 Bottles of Newly Made Cannabis Oil to Qualified Patients
Advertisement 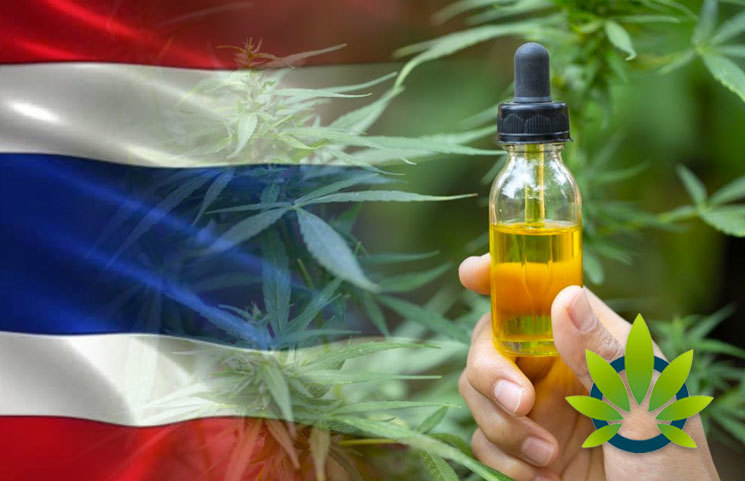 In Thailand, the CBD industry is quickly evolving. In an article from Grizzle, Thailand has now created 10,000 bottles of its own cannabis oil, thanks to the state-run medical marijuana projects. This is the first of hopefully many batches, and the initiative plans to distribute the bottles to patients in the coming week.

Medicinal cannabis was only recently legalized in March of this year by the military government, leading to the creation of a facility near Bangkok in a province named Pathumthani. By May, the first 140 cannabis plants had already started flowering, and the buds have matured enough that scientists have now created their cannabis oil from the dried flowers.

As a press conference, the executive director at the Government Pharmaceutical Organization – Withoon Danwiboon – stated that there are 4,000 registered patients in hospitals for the oil already, spread throughout the country. The oil is now ready to be distributed, which Danwiboon stated would be happening on August 7th.

The CBD oil is meant to specifically be released to patients with one of the qualifying conditions, which include chronic pain, epilepsy, Parkinson’s, Alzheimer’s, and side effects associated with chemotherapy. Anyone that is presently in palliative care regimens also qualify. To ensure that these criteria are properly met, the Department of Traditional and Complementary Medicine has already provided certification to over 3,000 doctors, making them eligible to prescribe cannabis to local patients.

Unfortunately, these bottles aren’t nearly the amount that the patients need to meet their needs, and Danwiboon is working to make sure that the production process speeds up to reach that goal. The next step in the progress of this project is to approximately 1,000 square feet of the current facility into space that can be used for cultivation. The increase of capacity is a continual effort, ultimately moving towards their goal of $1 million bottles of cannabis by the beginning of next year.

Eleven cannabis industry executives from Europe, Israel, and the US met with Deputy Prime Minister and Public Health Minister Anutin Charnvirakul for a discussion about the marijuana trade in the country. However, despite meeting with these executives, Thailand doesn’t plan to allow foreign businesses to operate in their cannabis industry for at least five years. Right now, the goal is for domestic trade to expand, giving Thais the chance to grow in experience and seniority without allowing foreign firms to dominate.

Charnvirakul spoke at a press conference in Khon Kaen, saying that foreigners would be able to work in the cannabis industry in the country. However, these foreigners cannot presently “own land or production facilities in our country, and most importantly, the copyright of marijuana-based potions created in Thailand.”

The budding cannabis industry in Thailand is a significant priority to the civilian governments efforts to reinvigorate the poor areas in the country.