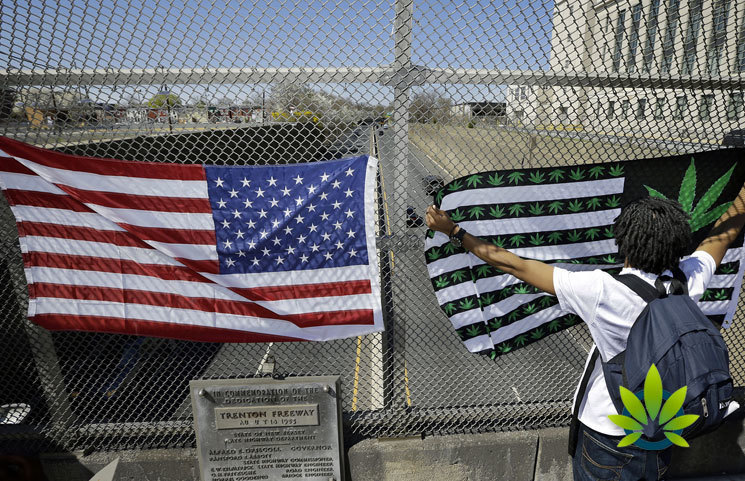 The deadline for the new adult use cannabis laws comes tomorrow, and there are already many people patiently awaiting these new laws. However, other advocates are so excited about this development that they are presently blocking the door of the Mexican Senate. This Thursday, a chant could be heard above the smoke, saying “Las cosas sencillas, yo quiero mis semillas,” meaning, “It’s simple, I want my seeds.”

However, this was hardly the first day that cannabis advocates were found outside. In fact, this is the fifth day of camp on the central avenue of Mexico City – Paseo de la Reforma. However, this demonstration, better known as a plantón, wasn’t just meant to instill pressure on the legislators to follow through with the deadline, but also to show that they hoped for revisions to align the rights of cannabis users with the marijuana industry in Mexico.

A draft of the legislation was presented by the Morena Party for the legalization of adult use cannabis, but advocates within a coalition of the local consumer groups have sent a letter in response. The letter expresses concern over revisions that should be made before a floor vote is taken by the Senate. One of their concerns has to do with the license requirements for the growth of cannabis and possessions of seeds, along with the restrictions on the types of recreational products available, the lack of protection for entrepreneurs, and the poor decriminalization measures.

The new legislation presently doesn’t include any authorization of plant production in the country. As a result, any medical cannabis users are forced to turn to the purchase of products manufactured in other areas, like the United States and Canada, mostly. Critics of the legislation believe that foreign companies have a major advantage over the cannabis industry unfairly.

Jaciel Espinosa, an activist with the Xochipilli Cannabis Club, spoke with the reporters locally, stating,

“The document they have given us comes from fear, from prejudices, and stigmas.” Pepe Rivera of the Mexican Institute of Cannabis also chimed in, saying that the new law is focused on the persecution and criminalization of both the users of cannabis and the plant itself.

Throughout the day and evening yesterday, speakers and musicians joined on stage, one after the next. At 4:20pm, activists asked for, but were denied, access to the Senate building. In response, the group decided to block the visitors’ gates. Their activities continue today and will not cease until the end of the business day.

While President López Obrador had originally campaigned with a focus on the regulation of drugs as a way to reduce violence, the only senator that seemed to speak out and visit with this organization has been Patricia Mercado, according to activist Leopold Rivera. Mercado, during this time, has been one of the leaders in the expansion of cannabis access. The senator has also urged the Department of Health to establish clearer regulations about the use of medicinal marijuana.

One of the pieces of legislation that is concerning Mercado the most, according to Rivera, is the ban against cannabis use for pregnant women. He stated, “Every person is the owner of her own body. That clause particularly invasive and unacceptable.”

By the end of the month, the Morena Party is working to get the legislation set forth to receive a floor vote. By the end of the year, the leaders of the party are hoping to pass laws that regulate many other drugs. However, without a regulation plan in place that activists are happy with, they may continue to be a nuisance to the authorities.