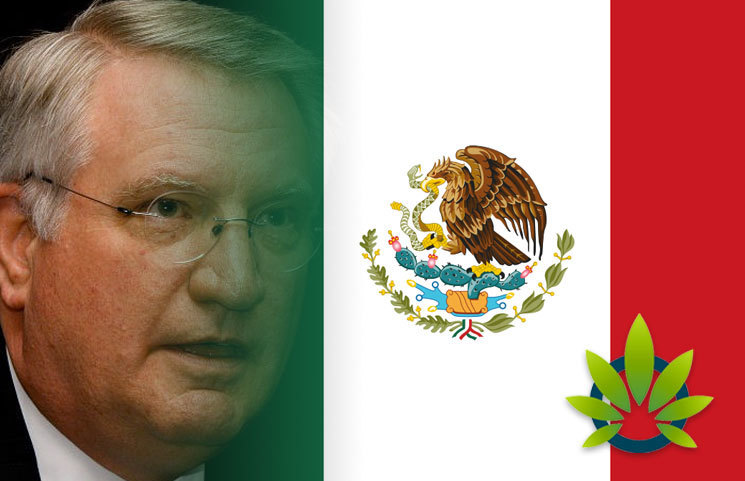 Marijuana legalization is a topic of discussion around the world, especially in Mexico as the series of marijuana conferences are scheduled to happen next month. It is likely that these conferences will give the topic some much needed attention about the different aspects of regulating the market. However, one of the most notable figures involved in these discussions will be a former US White House drug czar.

The events – collectively titled as “Heading for the Regulation of Cannabis” – will focus on testing marijuana, various models for medical legalization of cannabis, taxation, the legal cannabis market in Canada, and the US’s experience with cannabis regulation. These events have already been put together by the Senate’s Justice, Health, Second Legislative Studies and Public Safety panels.

The conferences schedule follows several panels that were already organized by the Senate in August, allowing attendees to have a conversation around the five aspects of marijuana legalization that Mexico is focused on.

Gil Kerlikowske, the former drug czar, will be leading the September 13th event, though the Senate has published very little information about it. However, according to a translation of the topics that will be discussed at the panel, the event will also cover “general U.S. experience with regard to the regulation, control, and inspection of cannabis.”

At this point, the talking points of Kerlikowske have not been made available, but his participation in upholding federal prohibition, as well has his statements a decade ago that “legalization” was not a term in his or the president’s vocabulary are worth remembering. At this point, Marijuana Moment has requested comments on this matter, but Kerlikowske has not replied.

Mexican lawmakers presently are under a deadline to establish a legal marijuana system, following statements from the Supreme Court last year that prohibiting cannabis possession was unconstitutional. Now, the legislators have to establish legalization requirements for both personal cultivation and possession by October this year. Members of the administration of President Andrés Manuel López Obrador, as well as some of the leading lawmakers, have been calling for regulation for sales and production as well.

So far, nearly a dozen legalization bills have been filed, likely as an attempt to ensure that the government actually follows through with what they’ve been tasked with. Secretary of the Interior Olga Sanchez Cordero has already sponsored one of the pieces of legislation, which is believed to be the most promising of all.