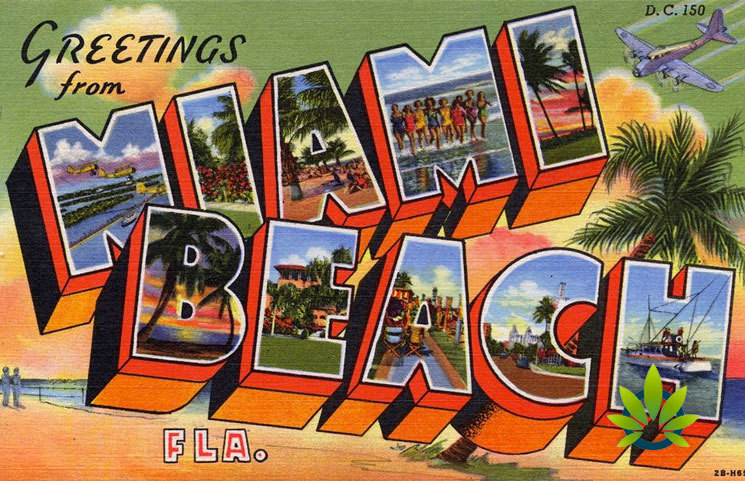 The city of Miami, Florida, has outlawed public consumption of marijuana. According to the Miami Beach Police Department, this regulation has been brought up to prevent cannabis users from smoking pot on top of police squad cars. The Miami New Times reveals that a rowdy cannabis smoker stood on top of a police car and lit a joint during the celebrations of U.S. Columbus Day.

This ban has come barely five months after the Miami-Dade Police Department announced that it would not be detaining people for smelling like weed. The federal government legalized the use of hemp through the U.S Farm Bill of 2018. It was under this provision that Florida passed laws legalizing the use of hemp in the state.

Hemp and cannabis smell, feel, and look the same. The police cannot, therefore, tell which of the two plants a consumer has used by just smelling the odor. However, the Florida Department of Law Enforcement has the authority to test cannabis for TCH but cannot test the level of concentration of the compound in hemp and marijuana.

City Commissioner voted unanimously to charge those caught smoking cannabis in public with up to 60 days in county jail and a fine of $500. This punishment is similar to that of open alcohol container violations. Smoking any form of weed or hemp in public is now a misdemeanor in Miami all over again.