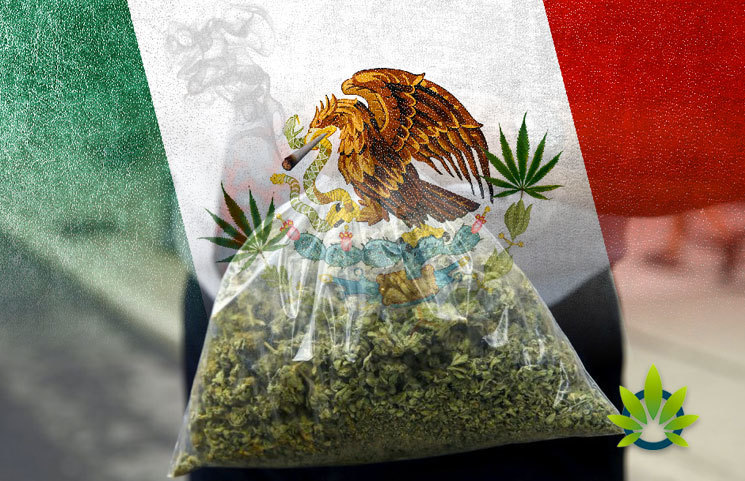 Mexico may be on its way to legalizing marijuana by the end of the month. The leader of the Morena party in Mexico’s lower congress, Mario Delgado, introduced a bill authorizing the sale of marijuana to authorized franchisers, reports Mexico News Daily.

Specifically, the bill would provide exclusive authority to state company Cannsalud to purchase marijuana from legal producers and to sell it to pharmaceutical companies and authorized franchisers. The bill also presents the history of cannabis prohibition in the country, and it further provides that the policy against marijuana is not based in fact. The bill also indicates that marijuana legalization may benefit certain individuals, and the economy.

Delgado clarified that the bill is a personal proposal and that it is not supported by President Lopez Obrador or the ruling party’s leader in the senate. Nonetheless, he also takes the position that the bill is not one that would turn the country into a narco-state, reports the publication.

This is not the only bill concerning marijuana that has been introduced. According to Marijuana Moment, Senator Julio Menchaca Salazar of the Morena party introduced another bill earlier this month. The bill is different from the aforementioned one in that it does not provide for country control of marijuana.

Whether or not cannabis is legalized in Mexico, lobbyists are still making the effort. Mexico SOS, a civic group, indicates that the country produces the second largest amount of cannabis in the world, and factors such its cheap labor and climate permit cultivation throughout the year, reports the Chicago Tribune.

As things stand, the country has prime conditions for the cultivation of marijuana. But, when it comes to use, the question is still in the air as to legalization, especially considering the apparent lack of support from key individuals.