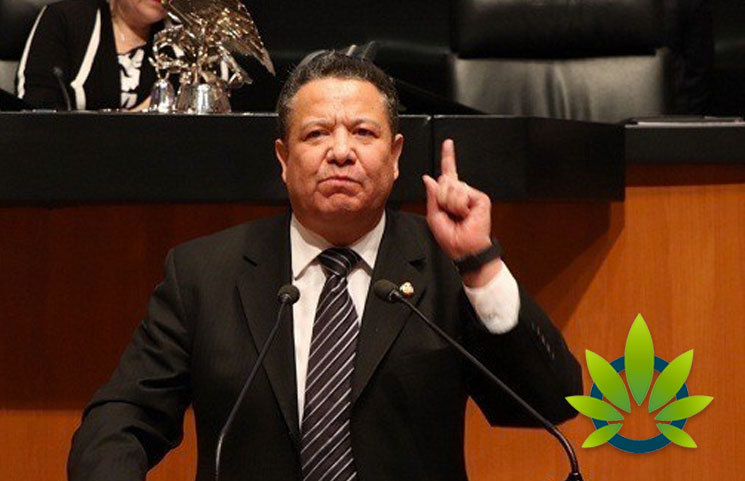 Mexican Senator of the MORENA Party, Julio Menchaca Salazar has effectively introduced a bill that would legalize adult use of cannabis reports Marijuana Moment. This supposedly comes one month before the set deadline by the Supreme Court.

To be more specific, a tweet made on Tuesday, September 3, 2019, pointed out that the Senator was targeting both articles 235 and 247 of the General Law of Health. This looks at cannabis in both the recreational use as well as the within the hemp textiles industry.

According to Salazar, the need for such a bill stemmed from the downside of supporting prohibition, which he believes has only contributed to a further increase in criminal activities and black-market presence to name a few. He trusts that the approach taken by the likes of the U.S., Canada and Uruguay is exemplary as reported by Senado Morena, with the closest translation indicating that the senator perceives the latter three as having done it “responsibly”.

As per Marijuana Moment, this decision follows suit, with the Senate having announced events that would promote more discussion on the matters. This endeavor also sought public input.

Marijuana Business Daily previously reported on the ongoing efforts taken by Mexico. Interestingly, 10 bills have since been filed for cannabis legalization, however, none have garnered any approval.

The Supreme Court has given the parliament until October 2019 to come up with some form of legalization, and if they fail to do so, the former will supposedly take over.

As for Salazar’s introduced bill, others who have co-sponsored it include Senators, Miguel Angel Navarro Quintero, Ruben Rocha Moya and Lucia Trasvina Waldenrath – all of whom are also deemed members of the National Regeneration Movement.