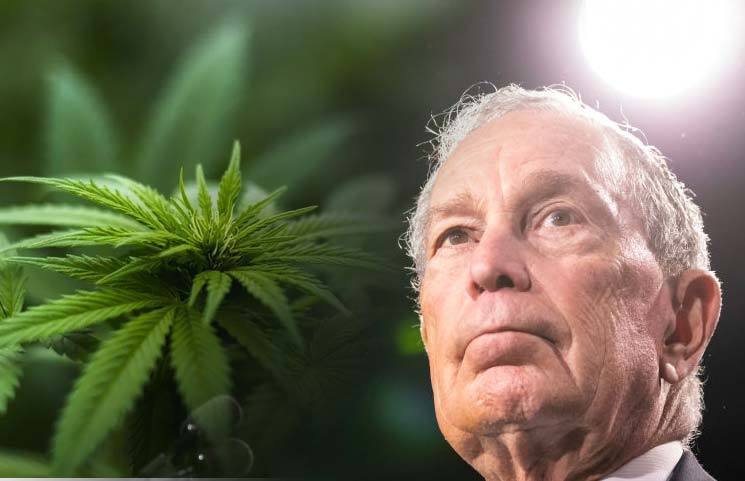 As part of his campaign strategy, 2020 Democratic presidential candidate Mike Bloomberg released his Criminal justice reform plan on Tuesday, February 2020. Mike’s plan calls for decriminalization of cannabis possession and the expungement of marijuana convicts. However, this reform plan might seem appealing, but it has attracted a lot of criticism.

A 2015 recording of the former mayor of New York City defending the racially discriminative cannabis arrests and controversial frisking law enforcement strategies resurfaced, contradicting his current purported criminal justice reform plan. The democratic candidate seems to be trying to correct his image on past policies as the presidential run heats up. His reform calls for nationwide decriminalization of possession and use of cannabis, expungement of all records, and commuting all the existing marijuana sentences.

However, Mike seems to miss federal marijuana legalization in his reform plan. All other presidential candidates are backing federal cannabis legalization apart from the former Vice President Joe Biden. This reform plan also leaves out a policy of allowing individual states to enact marijuana laws without interference from the federal government. Bloomberg failed his words in an interview last year, where he promised that independent state policies and laws on marijuana would be part of his reform policy.

Bloomberg’s past record reveals that he declines to embrace the reform he purports to be pushing for despite its popularity among the Democratic voters. It does not come as a surprise that before his campaign launch in 2019, Bloomberg said that marijuana legalization is probably the stupidest thing to do. Recently he was pressed regarding that comment and asked if what he really meant was that Colorado voters were stupid for legalizing cannabis back in 2012. In response, he said that states should have the autonomy of implementing marijuana policies, and what he considers stupid is imprisoning people for marijuana possession.

Another recording that tends to scandalize Bloomberg’s campaign is one in which he once said that marijuana legalization is a very terrible idea. His critics are particularly concerned with his claim that 95% of all murderers are blacks and that police should focus more on black neighborhoods. He even further acknowledges that racially conceived marijuana arrests are a byproduct of that policy. The Executive Director at NORMI, Erik Altieri said,

“Bloomberg is away from the right side of history. He only calls for decriminalization and not legalization – a policy that pushed for the stop-and-frisk policy against blacks and which saw over 440,000 people arrested for cannabis possession. It's evident that Mike Bloomberg has a huge trust deficit among the voters due to his former drug policies, and his current reform policy might not clear up the air given the damage he has caused throughout his career.”

CNN termed his new reform policy as being “In Line with His Democratic Primary Rivals.” It fails to address the abolishment of mandatory minimum sentences and the private prison model – reforms that his rivals have taken. The plans exclude the legalization of safe marijuana consumption facilities as Sens, Elizabeth Warren (D-MA), and Bernie Sanders (I-VT) have proposed.

Bloomberg advocates for more modest reforms such as reduction of incarceration by 50% by 2030, ending cash bail, reformation of federal sentencing guidelines, support programs for the youth of color, and a program to transition former prisoners back into the society.

According to Mike Bloomberg’s campaign site, his criminal justice reform plan aims at protecting everyone at every point of the justice system. He aims at curbing the use of force by police, breaking the violence cycle, reforming excessive sentencing, addressing injustices in courtrooms, prison reforms, and smooth transition of ex-convicts into the society with dignity.