Where is Colorado at for Cannabis and Crypto Company State Banking Services?
Advertisement 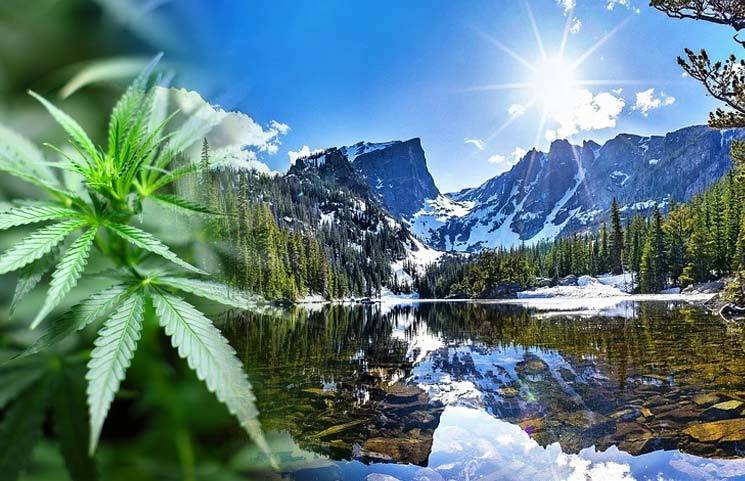 Despite massive growth in the cryptocurrency and cannabis sectors over the last few years, these types of companies still have quite a struggle in getting the banking services they need. In Wyoming, there are many advocates that have pushed for offering these services, and a recent article from CoinDesk suggests that the same may happen in Colorado. With 13 laws recently passed in favor of blockchain, the state is now seeking out ways to offer bank accounts to cryptocurrency companies.

The Office of Economic Development and International Trade (OEDIT) recently hosted the first of the meetings that will be dealing with legislation that will authorize the development of special-purpose banking institutions. The bill will likely be similar to the Special Purpose Depository Institutions (SPDI) law recently passed in Wyoming, helping them to save the time they would otherwise need to take for 200 pages of legislation.

With the new working group in Colorado, the work started by the Colorado Blockchain Council over the last 12 months can progress. Much like the token law established by Wyoming’s government, Colorado signed the Digital Token Act. To support this work, Colorado has secured State Sen. Jack Tate as a backer, stating,

“My sense is that we will continue to support blockchain industry growth in the Colorado economy while at the same time look within our own government sector for practical blockchain applications that warrant funding.”

With these laws arising for cryptocurrency, many citizens are happy with the progress. However, it has created a little competition between the states, as one attendee of the SPDI group meeting stated that the new laws could “steal Wyoming’s thunder.”

CEO of FreeRange, Joseph Pitluck, stated that the roadmap for the new banking group has military-level precision in its creation. Speaking with CoinDesk, Pitluck remarked that he believes that Wyoming would ultimately find itself “surprised” with what is happening. He added,

“Colorado has a pretty impressive timeline for the SPDI to try and get everything lined up by December. It was less an informal discussion and more like invasion plans being drawn up, like a D-Day landing or something. They are very organized and pretty serious contenders.”

New Mexico has also expressed interest in passing SPDI legislation soon, according to Pitluck. Their Legislative Council is in the process of developing laws that are much like the Wyoming bill, aiming to have a hearing next month, according to Antonio Maestas. Maestas is the chair of the New Mexico House Commerce Committee.

The cannabis economy is another booming industry in Colorado, which is known for their recreational and medical legalization of the substance. At the state level, this SDPI Group is also looking to see if they are able to serve the cannabis industry as well. Jana Persky, the program director for OEDIT, stated,

“We are specifically asking for industries like cannabis to get involved in this working group. Right now it’s hard to say what the actual solution will be, but we are actively working to bring members of the cannabis industry into the conversation to try and find a solution that benefits as many people as possible.”

Much like the cryptocurrency industry, the regulatory atmosphere around cannabis companies makes it difficult to get banking services. After all, since cannabis is still federally illegal, any banking institution puts itself at risk for engaging in illicit business practices by getting involved. The cannabis industry in Colorado has been plagued with this issue for several years, though the progression of the industry has led over 30 separate banks and credit unions to provide services anyway.

In the meantime, the US House recently decided to bank cannabis companies legally through the Secure and Fair Enforcement (SAFE) Banking Act. Lobbyists believe that the Senate will likely pass the bill, leading it to be signed before the year ends. State Sen. Tate stated that there’s “not necessarily” an overlap of cannabis and blockchain technologies, instead insisting that these “two industries face similar circumstances.” He added,

“I think there is a general intellectual curiosity as to how the marijuana industry is challenged as compared to blockchain businesses, but ultimately our group is focused on blockchain technology.”

Kitner believes that the financial stakes are much higher for the cannabis industry, which is more mature than cryptocurrency right now. Kitner believes that it is fairly likely that a bill like that one developed in Wyoming for cryptocurrency could ultimately work for cannabis. However, cryptocurrency businesses would likely have to hold 100% reserves in cash, correlating with the deposits. Kitner noted that they are unsure if they are going to pursue the same actions as Wyoming, or if they will go after a much different path. He added,

“It’s an open question right now whether this [cannabis] fits within what we are trying to do or whether it should be separate or whether the current landscape is such that we don’t need to do anything further.”

Officially, the Colorado banks believe that changes need to be made to the federal law. A spokeswoman for the Colorado Bankers Association, Amanda Averch, stated,

“From day one, we have said the solution to the conflict of state and federal law regarding cannabis in this state is an act of Congress. I can’t really speak to blockchain and crypto which seem to be a whole set of different challenges.”