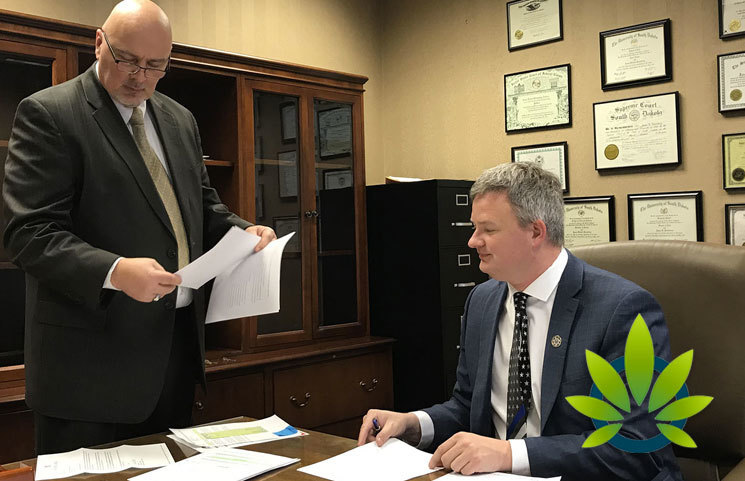 There are multiple organizations in South Dakota that are presently working to make cannabis a topic on the state’s 2020 ballot. Of these organizations, there are some activities seeking to add in recreational marijuana and hemp as well. On Friday, the South Dakota Attorney General released an explanation officially, regarding the proposed amendment to legalize these substances.

South Dakota Attorney General releases explanation on proposed constitutional amendment to legalize, regulate, and tax marijuana; to require passage of laws regarding hemp as well as laws regarding marijuana for medical use. Read it here: https://t.co/k33buSKjIJ pic.twitter.com/pEG0RxbDj9

Attorney General Jason Ravnsborg stated that this amendment would legalize cannabis for anyone over age 21, much like the laws on consuming alcohol. Furthermore, anyone in possession of marijuana would not be permitted to hold more than an ounce, though “marijuana plants and marijuana produced from those plants may also be possessed under certain conditions.”

Licenses for cultivators, manufacturers, testing facilities, and retailers would go through the South Dakota Department of Revenue. However, the ability to opt-out of these facilities is available to all available jurisdictions.

In the explanation, Ravnsborg added,

Marijuana sales will come with a 15% excise tax, according to the initiative, and it would be redirected into the implementation and regulation of the legal cannabis system by the Department of Revenue. The remaining amount will be credited to public education and a general fund for the state. However, as marijuana still is illegal federally, Ravnsborg commended that the amendment may require judicial clarification.

Just a day ago, the New Approach South Dakota advocacy organization made an announcement that their medical marijuana has been official certified. In this new classification, the organization can start the signature-gathering process.

Early this afternoon we were CERTIFIED to start circulating the medical cannabis petitions. We now await certification…

South Dakota has several other cannabis initiatives working to be certified, as the website for the attorney general states. Activists will need 33,921 valid voter signatures to add the amendment to the ballot, though it is worth noting that South Dakota is one of the last remaining states to have not implemented legalization in any way for marijuana.