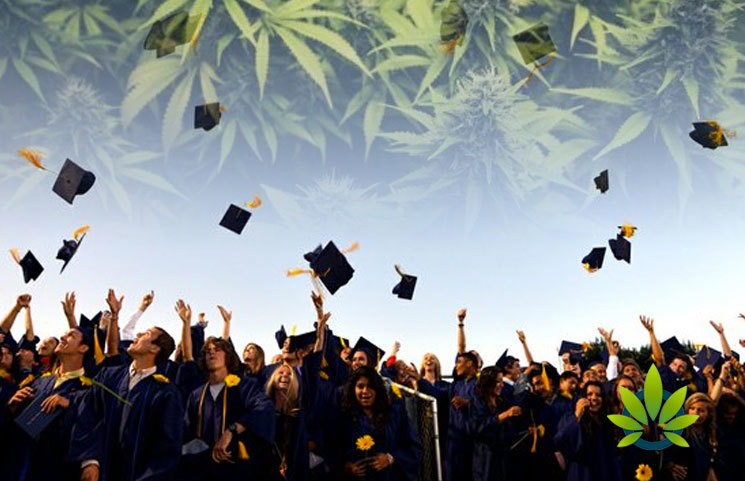 While marijuana has yet to be legalized or decriminalized through the federal government, there are many new bills emerging that are working to protect the public from their interference. First, several congressmen have put their support behind bills that protect banks who get involved with the industry, and now, a bill has come forward that could help studies. The new bill, filed by Reps. Karen Bass and Danny Davis, would protect student with drug convictions from losing or denied federal financial aid.

The bill was introduced on Tuesday and is titled the Financial Aid Fairness for Student (FAFSA) Act. If passed, it would remove a previous law that kept students with previous possession and drug sale charges from securing grants, loans, or work-study assistance from the government.

Lawmakers argued that low-income and minority communities have disproportionally been impacted by the War on Drugs, and these are the students who are primarily impacted by education policy. As a result of these current eligibility requirements, there are many students that avoid ever applying for financial aid at all, keeping them from graduating and securing upstanding jobs in the community. By paving the way for students in these communities to secure higher education, the bill states that:

“decades of exclusionary policies” could be reversed that have continually impacted people of color. The bill adds, “Criminal sentencing laws in the United States disproportionately impact racial minorities and low-income communities, the Aid Elimination Penalty may disproportionately hinder these same groups from accessing Federal financial aid.”

The bill urges Congress to consider that having educated citizens in the US is “the powerhouse” of this country, and that the access to these resources can mean the difference between a healthy economy with well-paying jobs and continually pushing down minority and low-income communities. As the writers of this legislation see it, the federal government has a necessary role to play in the ability for more individuals to pursue higher education, while creating more equal opportunities.

Apart from the removal of this penalty, the legislation also would create a new section that the federal financial aid applications would no longer include questions regarding:

“the conviction of an applicant for the possession or sale of illegal drugs.”

In a press release, Bass commented that the student loan debt of the country is “a crisis.” She urged lawmakers and the public to “address all aspects that impacted our communities,” as these convictions are removed from requests for assistance. He added:

“We should be doing everything we can to break down these barriers. Each of us here in Congress owe it to our constituents to assist in every way we can, which is why I’ve introduced legislation to eliminate barriers preventing people with a drug conviction from being able to receive federal financial aid. Investing in a person’s education is perhaps the best investment we can make to ensure our young people succeed.”

Luckily, this bill is gaining some traction. There are 32 cosponsors for the FAFSA Act so far. Among those cosponsors are Don Young (R-AK), Earl Blumenauer (D-OR), and Barbara Lee (D-CA). Betty Aldworth, the executive direct of Students for Sensible Drug Policy, recently spoke with Marijuana Moment, expressing positivity over the moves made by Bass and Davis to pass this type of bill. She added:

“Evidence shows that investing in young people’s education is one of the most effective ways to reduce recidivism and chaotic drug use and making that education available to as many people as possible will strengthen our communities.”

Aldworth hopes that Congress will choose to pass the new bill so that students can move forward and communities can heal from the War on Drugs. Davis stated that the ban of students with these convictions and addiction is harmful to students, and the rule is “an ineffective policy,” at best. He states that the policy is clearly directed at:

“poor and minority students,” and that the repeal of it would be “a smart, cost-effective investment of taxpayer dollars.”

In July, a bill was introduced to keep students from losing their financial aid if they were caught with marijuana, as long as there was no clear intent to sell it. However, to maintain eligibility for the aid, the legislation stated that any student caught with marijuana would be forced to go through a drug rehabilitation program.

Cannabis Billboard Advertisements May Soon Be Restricted in San Diego

As Legalization Grows Across US, FBI Reports Increased Marijuana Arrests