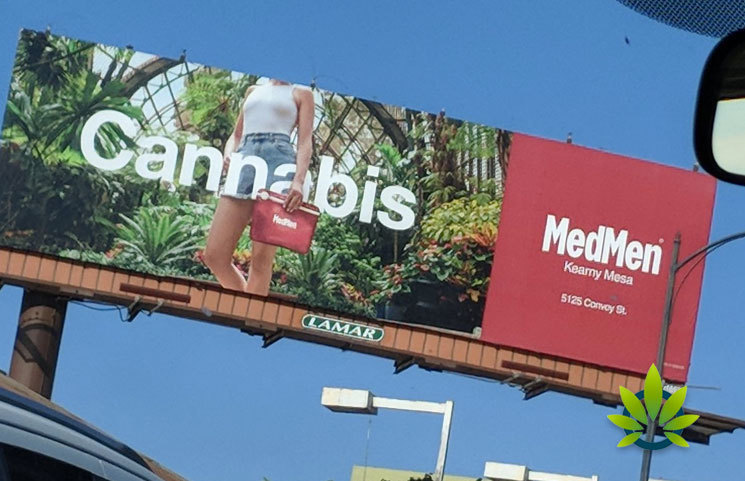 San Diego started allowing medical cannabis businesses to be established in the city in 2014.

If the policy changes are approved, a cannabis industry attorney believes that the business owners “may get a few extra feet” in the distance between themselves and sensitive use buildings.

California has been pivotal in the legalization of marijuana throughout the United States. In 1996, the state became the first to legalize medical marijuana, and there are over 30 states today that have already done the same. California has finally legalized recreational marijuana in recent years as well, but it looks like San Diego is already considering reform of some laws. More specifically, the city is considering limitations on billboard advertising, relaxing the restrictions on where cannabis operations can exist, and transitioning to the use of “cannabis” in place of “marijuana,” according to reports from the San Diego Union-Tribune.

With the new rules being considered, the billboards that advertise this substance would need to be located at least 1,000 feet from any daycare center, youth center, public park, school, or playground. Presently, the state law already has a ban against being within these limits for “sensitive uses,” but parks are not included in the current legislation.

Councilman Chris Cate, who is responsible for proposing this ban in the first place, had previously suggested including residential care facilities, libraries, and churches in the proposal. He had also suggested restricting the billboards from being positioned any closer than 100 feet away from residential housing, but none of these locations ended up being added to the adopted rules.

San Diego only started allowing medical sales for cannabis in 2014, which is when the 1,000-foot zone between cannabusinesses and sensitive areas was imposed, drawing a straight line from the business to the sensitive use building. However, the rule didn’t take into account any possible barriers like canyons or freeways, which are spread throughout the state.

The official plan to change this policy would include the distance between the two locations that would naturally and legally be taken as a pedestrian. Gina Austin, an attorney in the cannabis industry, commented that business owners could potentially get “a few extra feet” from these changes, speaking with the Union-Tribune.

Changing the terminology to “cannabis,” rather than “marijuana,” is meant to be altered within the city code. Doing so would align the current language with the language used in the 2016 ballot initiative and that is used within city regulations by the state.

The changes are scheduled to be considered on October 24th with the San Diego Planning Commission. If the commission chooses to adopt the changes, it is likely that the industry would see the new policies implemented before the end of 2019.