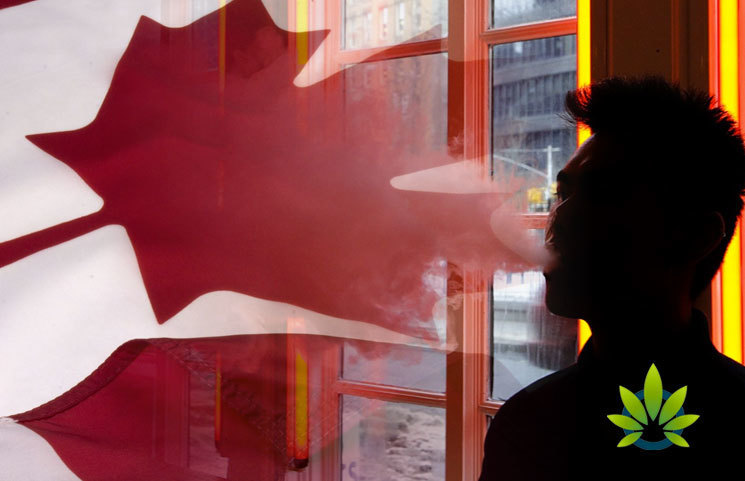 Ever since the number of vape-related illnesses started to flourish in the U.S., many countries have been watchful of how the events have been turning out. With the number having reached the hundreds in the U.S., Canada has officially gotten one reports BNN Bloomberg.

The Canadian cannabis industry is currently suffering as it has been disclosed that the country has since witnessed a 40 percent drop on cannabis stocks by the end of Q1 2019. An Ontario youth has recently been hospitalized due to the illness, making things possibly worse. But the fact still remains that the illness carries no sound cause besides recent findings that Vitamin E might be the culprit.

This case comes at a bad time as Canada is expected to launch its first-ever legalized cannabis vapes on retailers’ shelves on December 16, 2019 along with edibles and beverages. As per the General Manager of Pax Labs Inc. Canada, Tim Pellerin predicts that the Canadian vapes market can reach as much as C$600million by 2021.

However, CEO of Canopy Growth Corp., Mark Zekulin seems to think otherwise regarding the impact vape-related illnesses might have. In particular, he was referenced stating that: “Market confusion is never good. We’re seeing unknowns that people need and want answered.”

Another individual to voice a similar sentiment is the COO at Aurora Cannabis Inc., Cam Battley, who said given Canada’s rather strict viewpoint on cannabis and having legalized it nonetheless implies “That likely will give both patients and consumers’ confidence that any product that reaches the market will have gone through rigorous testing.”

How might this illness affect the vape industry? As per the Partner at Brazeau Seller Law, Trina Fraser, getting to the bottom line is crucial. In particular, she believes that eliminating the root cause will not affect demand so much.

Banning Vapes to Add More Fuel to the Black Market

Given that the Trump Administration recently disclosed that they will take the necessary actions to remove flavored e-cigarettes from the markets in a month’s time, many are left quite puzzled. Is banning the right way to go about things? According to the Cheech & Chong Star, Tommy Chong, things will only go downhill from there.

As reported by TMZ, Chong equated a vape ban to the War on Drugs, adding that it will facilitate purchases as the black market begins to offer them.

When asked If he thinks the vape illness is a health crisis, he responded, “No […] I think it’s more of a publicity thing.” He seems appalled by said decision of the government and their priorities given how many lives gun violence has taken.

Here’s as per his words:

“Think about it, they kill […] 40 people with AKAs and they’re […] not even doing background checks and yet six people die from vaping and they want to ban vaping, come on get real.”

As for a possible solution to the vape illnesses, Chong says smoking cannabis should be the way to go because, “It is the healthiest thing […] You take a couple of hits and you’re good to go.” He also added that other measures that can be taken include informing consumers of the harm vaping does, just like cigarettes.