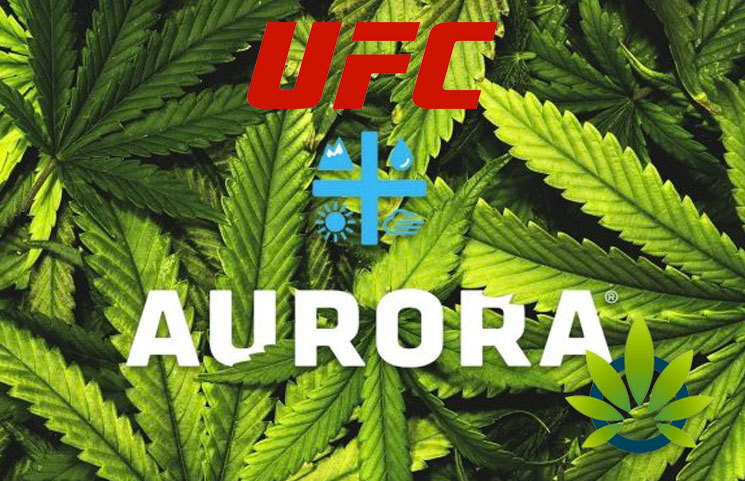 Aurora Cannabis is a major company in the cannabis industry, focusing on the medical market first before following with the consumer cannabis market as well. According to recent reports from Nutra, the company has seen some major boosts in sales, which appears to be linked to a research partnership established with the UFC. As a result, their sales have risen by 349%.

The announcement of this UFC partnership happened in July this year, hoping to see the way that CBD can impact the pain and recovery necessary for athletes involved in these mixed martial arts events. Cam Battley, the chief corporate officer for Aurora, stated, “This groundbreaking research will generate the data required to establish CBD as an accepted therapeutic ingredient.”

Battley, who made these comments as part of an earnings call, added that the research from his lab will be helpful in the development of products that can ultimately “combat the rapidly growing market of untested CBD treatments.” He stated that the company is looking forward to the opportunities that this will give them in the US market, adding that they’ll be using a “measured, but strategic approach.” Terry Booth, the CEO of Aurora, added:

Booth noted that there will be additional exploration into the US market and acquisitions to speed up the entry of the market. However, the regulatory situation is not clear at the moment, making this path rather difficult. After a meeting at the end of May, the US Food and Drug Administration is still working through the thousands of comments that they received in Washington DC on CBD. Once complete, the agency will be releasing a statement on the regulation of CBD, which isn’t expected until the fall.

Booth explained that the company believes that CBD isolate will end up being the first step from the FDA, since there are still over 100 cannabinoids that the World Health Organization has yet to test. The WHO has already said that CBD can be safely ingested, but that statement only applies to pure CBD. He added that “there is no such thing” as a broad-spectrum CBD oil, and that the correct term would be that these oils include “broad spectrum cannabinoids minus the THC derived from hemp and/or cannabis.”

In fiscal 2019, Aurora announced that they’d made $249 million CAD ($188 million USD) in sales. However, even with this increase in sales, Aurora has actually been losing money, adding up to $11 million CAD in losses in the last quarter. However, in the quarter preceding it, Aurora lost $36.6 million CAD.

Chelsea Handler and Other Brands Join Forces with NorCal Cannabis