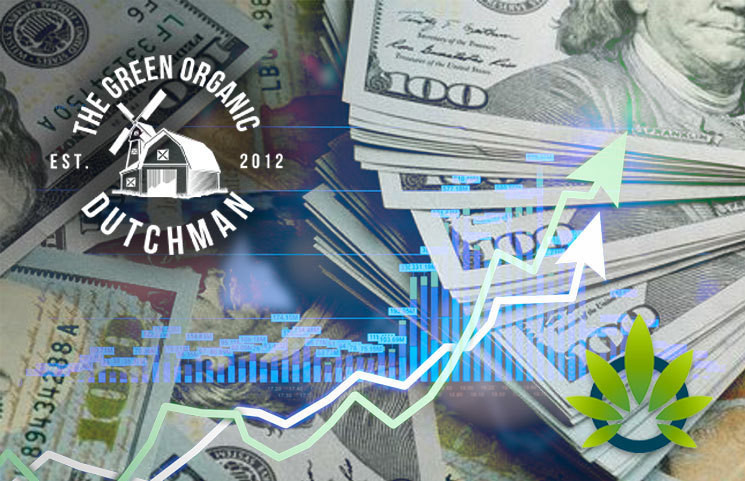 The “cannabis stock that traded on Robinhood” is the easiest way to explain Canadian marijuana company, Aurora Cannabis. The millennial-crazed cryptocurrency exchange, Robinhood, cut off issuing the cannabis stock on its platform due to over demand by traders. Now, the company is selling off its remaining stake in Green Organic Dutchman (TGODF) following the acquisition of Whistler Medical Marijuana Corporation.

“When we acquired Whistler Medical Marijuana Corporation – an iconic and premium organic cannabis producer – our interest in TGODF became less important to our core strategy.”

“Our return on our TGOD investment is significant and will add non-dilutive capital and further enhance our strategy to remain a dominant force in the global cannabis industry.” concluded CEO Terry Booth.

Future of blockchain in Cannabis industry

The cannabis industry is taking up blockchain technology to allow tracking of pot in the supply chain. Israeli blockchain supply chain firm, Securitize Matters announced on Sep 3 the launch of a blockchain based solution to allow cannabis companies to track products such as seeds, plants, the THC and CBD levels etc. The report further explained the company will be tracking and recording various metrics in stages including the planting, budding and processing stage.

Cannabis remains a sensitive topic across governments who don’t sit well with a possibility of having pot as a recreational drug. Securitize Matters is building a system that will allow most of these governments to control the growing, harvesting and supply of marijuana to calm the current upheaval surrounding CBD products.