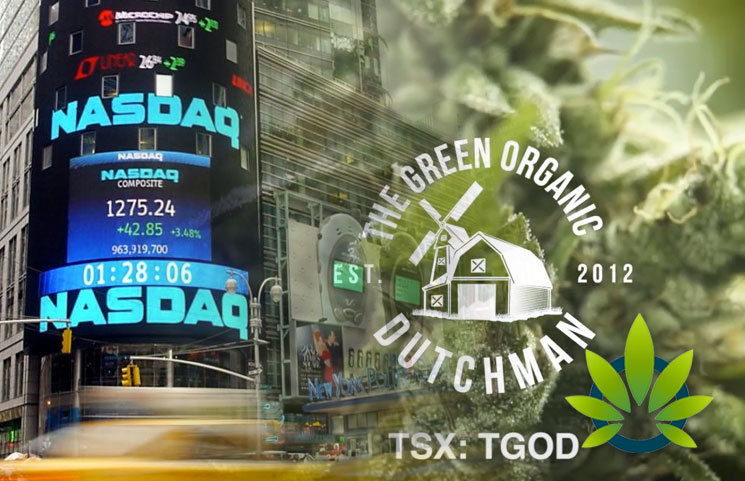 Global leader in cultivating organic cannabis, The Green Organic Dutchman has officially submitted an application to get itself listed on NASDAQ, a dealer’s market reports Yahoo! Finance. If the company gains consent, it will be listed under the ticker symbol, “TGOD”, which is what the company is currently recognized as on the Toronto Stock Exchange (TSX).

The CEO of TGOD, Brian Athaide has since shared that this would be a milestone for the company, as it is equivalent to

“an important step in the [company’s] growth.”

He further added that being on NASDAQ would allow TGOD to garner attention from international investors, highlighting that it would help it become “the leading global organic cannabis brand”.

Athaide wasn’t wrong about being able to increase the brand’s coverage over the globe by listing itself on NASDAQ, as accomplishing this would imply an increase in trading volume and reduced fluctuation in stock prices; not to mention the ease that would arise in raising funds.

Publicly traded and known for offering premium, certified organic cannabis, The Green Organic Dutchman is present not only in Canada, but also in Europe, the Caribbean and Latin America. All of their products offered are deemed laboratory tested, with it leading the way in Canada. As for its cultivation goals, a capacity of 219,000 kg has been set across Ontario, Quebec, Jamaica and Denmark.

Is It Safe to Invest in Cannabis-Based Stocks? A Look at the Weed Market